WASHINGTON — A second whistleblower has spoken to the intelligence community’s internal watchdog and has information that backs the original whistleblower’s complaint about President Donald Trump’s dealings with Ukraine, according to the lawyer for the two.

Attorney Mark Zaid told The Associated Press in a text message Sunday that the second whistleblower, who also works in intelligence, hasn’t filed a complaint with the inspector general but does have “firsthand knowledge that supported” the original whistleblower.

The original whistleblower, a CIA officer, filed a formal complaint with the inspector general on Aug. 12 that triggered the impeachment inquiry being led by House Democrats. The complaint alleged Trump was “using the power of his office to solicit interference from a foreign country” in the 2020 election.

The disclosure of a second whistleblower threatens to undermine arguments made by Trump and his allies against the first whistleblower: that the complaint was improperly filed because it was based on secondhand or thirdhand information. 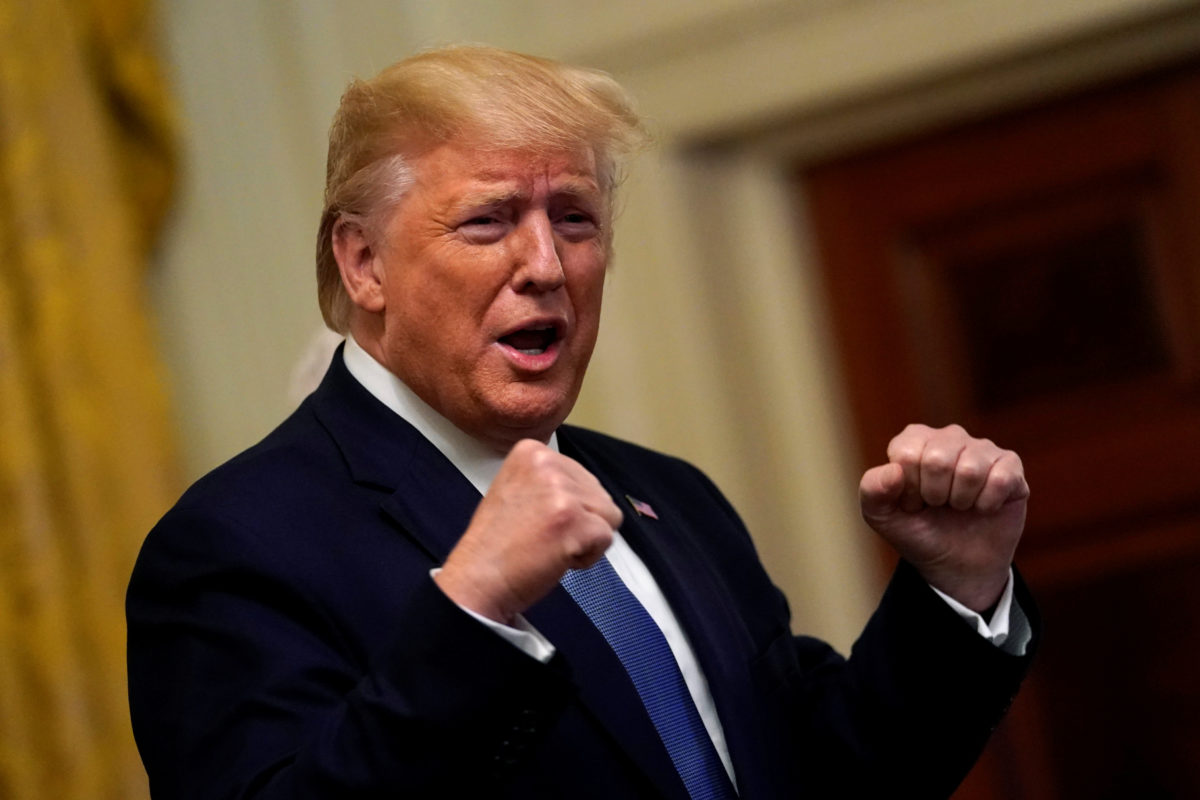 Trump and his supporters have rejected the accusations he did anything improper. But the White House has struggled to come up with a unified response. No administration officials appeared on the Sunday news shows, but several congressional Republicans came to the president’s defense during television interviews.

Graham said there was nothing wrong with Trump’s July phone call during which the president pressed Ukrainian President Volodymyr Zelenskiy to investigate former Vice President Joe Biden and his son, Hunter. The conversation has raised questions about whether Trump was using near $400 million in critical American military aid to Ukraine as leverage to get help on the Biden issue.

Hunter Biden served on the board of Burisma, a Ukrainian gas company, at the same time his father was leading the Obama administration’s diplomatic dealings with Ukraine. Though the timing raised concerns among anti-corruption advocates, there has been no evidence of wrongdoing by either Biden. Joe Biden is a leading candidate for the 2020 Democratic presidential nomination.

“I think this is a nightmare for the Biden campaign,” Graham said. Biden wrote in The Washington Post that he had a message for Trump and “those who facilitate his abuses of power. … Please know that I’m not going anywhere. You won’t destroy me, and you won’t destroy my family.”

AAs for Trump, rather than visiting his nearby golf course in Sterling, Virginia, for a second day, he stayed at White House, where he tweeted and retweeted, with the Bidens a main target.

“The great Scam is being revealed!” Trump wrote at one point, continuing to paint himself as the victim of a “deep state” and hostile Democrats, even after standing on the South Lawn last week and publicly calling on another foreign government, China, to investigate Biden.

As the president often does when he feels under attack, he trumpeted his strong support among Republican voters and kept lashing out at Utah Sen. Mitt Romney, one of the few Republicans who has publicly questioned Trump’s conduct.

“The Democrats are lucky that they don’t have any Mitt Romney types,” Trump wrote, painting the former GOP nominee as a traitor to his party. Romney had said on Twitter that “By all appearances, the President’s brazen and unprecedented appeal to China and to Ukraine to investigate Joe Biden is wrong and appalling.”

A Democrat on the House Intelligence Committee, Florida Rep. Val Demings, said she believes the original whistleblower is a “patriot” who stepped forward to report wrongdoing despite the potential career risk.

“The reporting that a second whistleblower has come forward or is about to come forward, I believe again would be someone who sees wrongdoing, hears wrongdoing and wants to do something about it,” Demings said.

In response to news of an additional whistleblower, Sen. Amy Klobuchar of Minnesota, another Democratic presidential candidate, said Trump is “acting like a global gangster.”

Shaylyn Hynes, a spokeswoman for Energy Secretary Rick Perry, said Perry had encouraged Trump to speak with the Ukrainian leader, but on energy and economic issues. Hynes said Perry’s interest in Ukraine is part of U.S. efforts to boost Western energy ties to Eastern Europe.

Trump, who has repeatedly has described his conversation with Zelenskiy as “perfect,” told House Republicans on Friday night that it was Perry who teed up that call, according to a person familiar with Trump’s comments who was granted anonymity to discuss them. The person said Trump did not suggest that Perry had anything to do with the pressure to investigate the Bidens.

As the furor over Trump’s phone call and the House’s subsequent impeachment inquiry escalates, two Republicans challenging Trump for the GOP presidential nomination engaged in a heated on-air debate over what should happen to the president.

The exchange between former Reps. Mark Sanford of South Carolina and Joe Walsh of Illinois was notable given the refusal of all but three Republican senators to criticize Trump’s conduct.

Walsh said the president deserves to be impeached. Sanford tried to make the case that moving forward with impeachment in the Democratic-run House if the Republican-controlled Senate doesn’t have the votes to convict would be counter-productive and only distract from the election debate.

“This president needs to be impeached, just based on what he himself has said,” Walsh said. “And Republicans better get behind that.”

Demings was on “Fox News Sunday” and Jordan appeared on ABC’s “This Week,” while Klobuchar, Walsh and Sanford were on CNN’s “State of the Union” and Graham spoke on Fox News Channel’s “Sunday Morning Futures.”

Left: The White House is seen from the Washington Monument in Washington, U.S., September 18, 2019. Photo by Sarah Silbiger/Reuters.