Lev Parnas, an associate of President Donald Trump’s personal lawyer Rudy Giuliani, would like to share information with that is “directly relevant to the President’s impeachment inquiry” and actions taken in Ukraine “on behalf of the President,” according to a letter his attorney sent Senate Majority Leader Mitch McConnell on Friday.

Joseph Bondy, Parnas’ lawyer, sent the three-page letter to McConnell hours before the Senate voted against calling any witnesses in the Senate impeachment trial that will determine whether Trump is removed from office. The vote all but ensures Trump will be acquitted of the charges outlined in the articles of impeachment.

Bondy wrote in the letter that Parnas would detail his relationship with Trump and Giuliani and talk about being involved in efforts to deliver a “quid pro quo” in which Trump would release millions of dollars in military aid in exchange for Ukraine announcing it was launching investigations into former Vice President Joe Biden and his son Hunter Biden as well as other Democrats.

“Mr. Parnas would identify the times and places where he had overheard the president speaking with Mr. Giuliani, and the occasions on which he interacted directly with the president,” the letter said.” 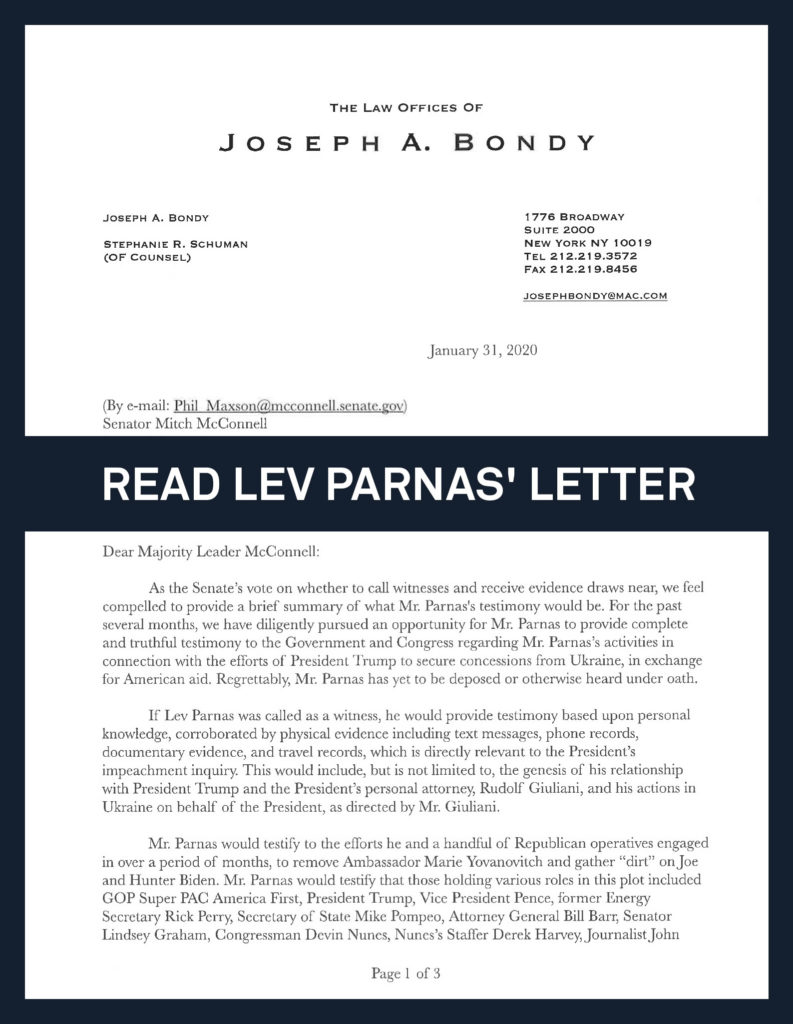 Left: Lev Parnas, an indicted businessman who says he worked to pressure Ukraine to investigate one of U.S. President Donald Trump's political rivals, walks outside the U.S. Capitol in Washington, January 29, 2020. Photo by Brendan McDermid/Reuters