You can read the full indictment below.

It came moments after he received his second sentence in as many weeks, adding up to 7.5 years in prison combined from two separate cases in federal courts in Virginia and Washington, D.C.

Last week, a federal judge in Alexandria, Virginia, sentenced Manafort to 47 months in prison for bank and tax fraud linked to his work as a political consultant in Ukraine.

On Wednesday, in a separate case in federal court in Washington, D.C., Judge Amy Berman Jackson sentenced Manafort to 73 months in prison for illegal lobbying, money laundering, and obstruction of justice in connection with Mueller’s investigation, and other crimes.

Manafort will serve the first 30 months of both sentences concurrently, and then serve the remaining sentences consecutively. Because of that arrangement, Jackson’s decision expanded Manafort’s total sentence to 80 months, or 7.5 years.

At his sentencing Wednesday, Manafort, 69, expressed remorse and asked Jackson for leniency. “I accept the responsibility for the acts that caused me to be here today,” Manafort said.

But Jackson rejected Manafort’s pleas and criticized Manafort for exaggerating his hardships in prison. Manafort has been held at an Alexandria jail since last fall. “Saying ‘I’m sorry I got caught’ is not an inspiring plea for leniency,” Jackson said.

The new indictment launched another high-profile prosecution, ensuring Manafort will remain in the spotlight and could potentially serve more time in prison.

The residential mortgage fraud scheme stretched from December 2015 to March 2016, according to the indictment, and included falsifying business records with a number of other individuals in New York County and elsewhere. 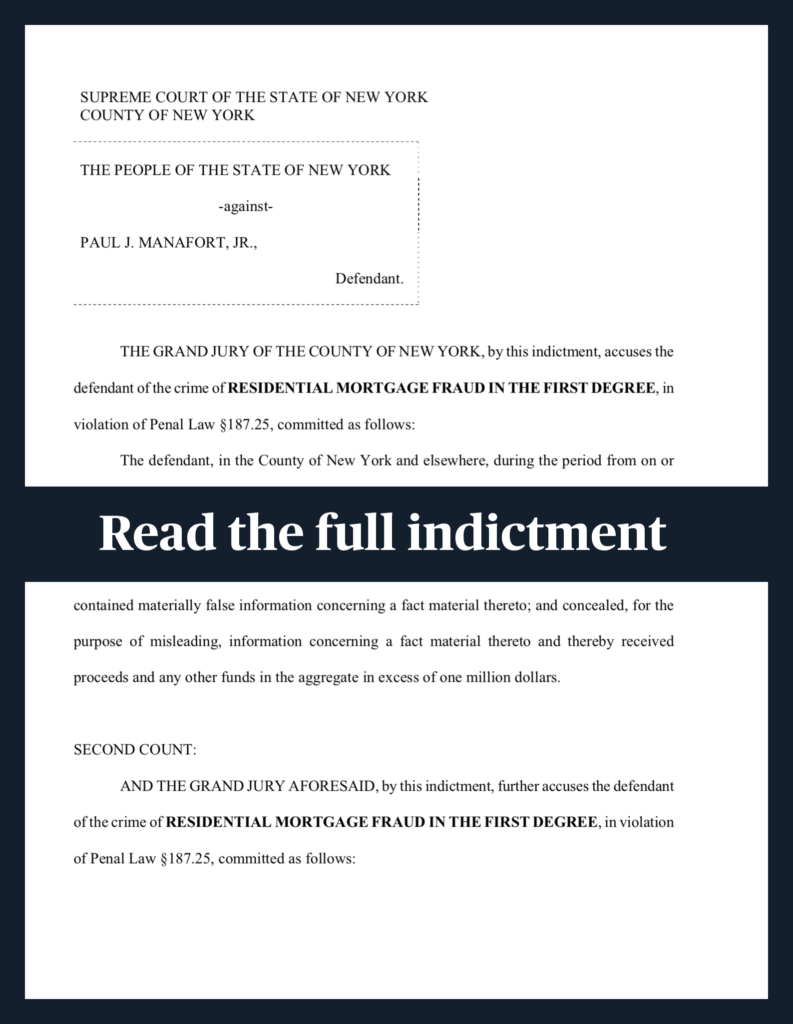