MEXICO CITY — U.S. Secretary of State Mike Pompeo acknowledged that Mexico has made significant progress on migration enforcement during a Sunday meeting with his Mexican counterpart, according to Mexican Foreign Secretary Marcelo Ebrard.

Ebrard said in a statement that due to these advances, Mexico sees no need to negotiate a “safe third country” agreement with Washington that would require migrants to apply for asylum in Mexico rather than in the U.S.

The meeting between Pompeo and Ebrard came at the halfway point of a 90-day span during which Mexico has agreed to reduce migration through its territory toward the U.S. border as part of a deal that headed off stiff tariffs on Mexican goods threatened by U.S. President Donald Trump.

Since then, Mexico has stepped up immigration enforcement, while the United States has expanded to two more border points a program sending asylum seekers back to Mexico to await the outcome of their claims. 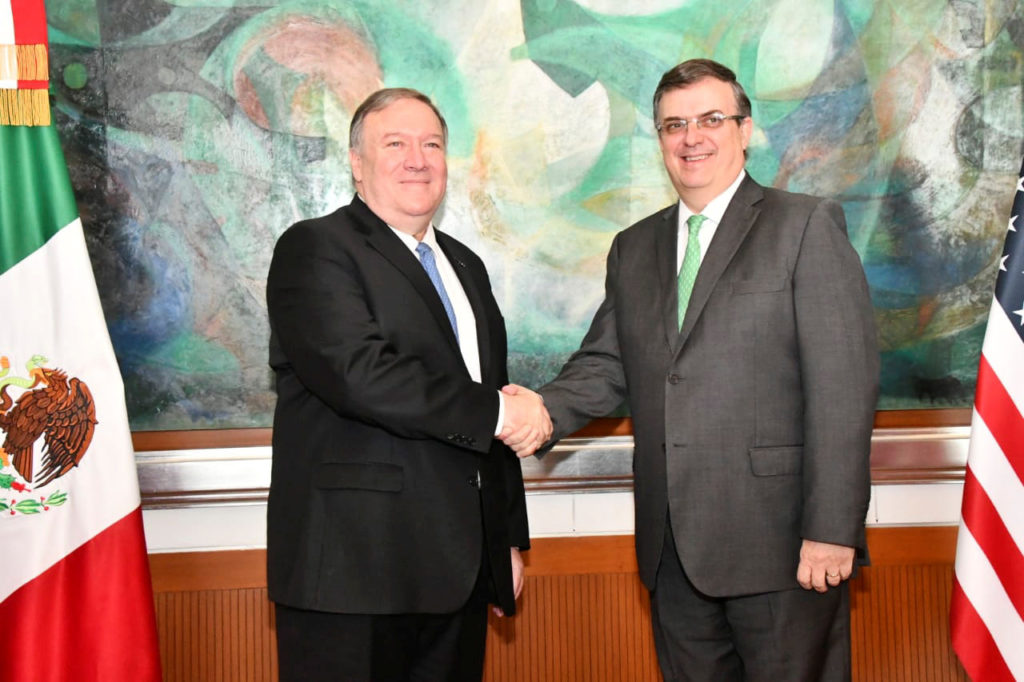 Mexican officials say they have increased migration enforcement along the southern and northern borders, while deporting hundreds of Central Americans each week by plane. Mexico is also allowing applicants for asylum in the U.S. to await their hearings from Mexico.

The foreign ministry also said that Ebrard suggested that the U.S. and Mexico work together to recover the assets of Mexican drug lord Joaquin “El Chapo” Guzmán, who was sentenced to life in prison last week, and that Ebrard asked for help to stem the flow of weapons trafficked into Mexico from the U.S.

Pompeo arrived Sunday at the ministry in central Mexico City in the morning and left about an hour later without making public comments, though the department released photos and soundless video of the two men shaking hands and talking at a table. The encounter was not open to journalists.

As the motorcade carrying Pompeo departed, a lawyer for Guzmán jumped in front of a vehicle with a hand-painted sign that read: “Chapo’s Money, No USA, Yes Mexico.”

President Andres Manuel López Obrador said Thursday the money is Mexican, and that he will seek its return to the country by legal means, if necessary.

The driver of a black Suburban tapped Guzmán’s lawyer three times with the front grill of the SUV before a Mexican official pulled the lawyer away. 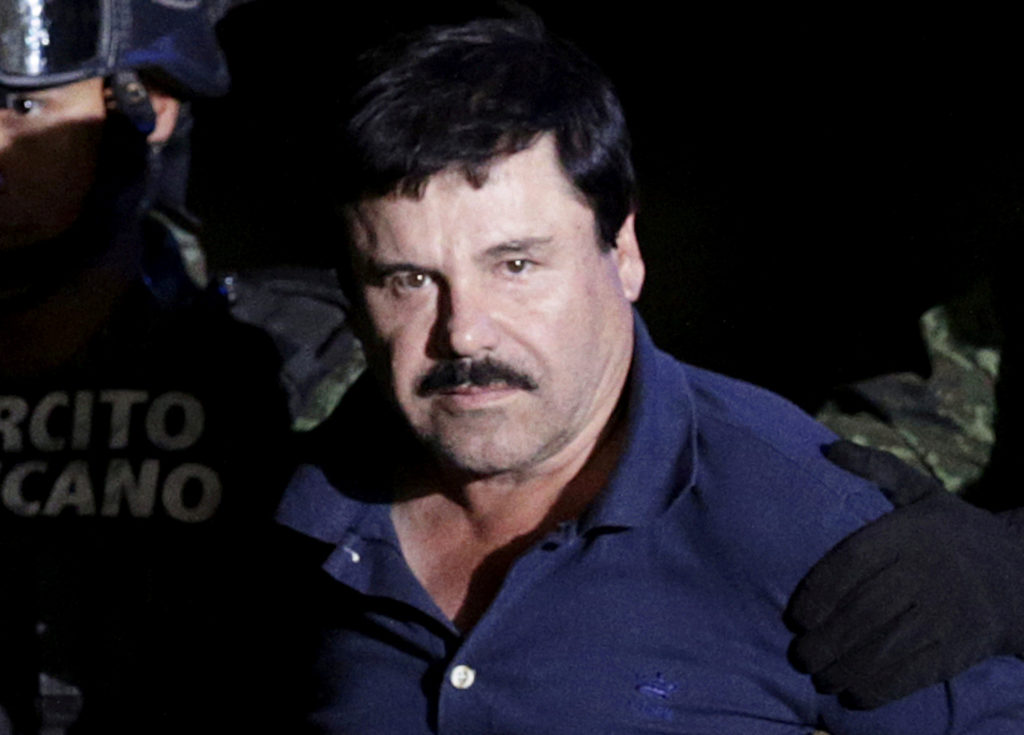 Recaptured drug lord Joaquin “El Chapo” Guzman is escorted by soldiers at the hangar belonging to the office of the Attorney General in Mexico City, Mexico. Photo by Henry Romero/Reuters

Speaking to reporters, lawyer Jose Luis González said Guzmán wants his money to be distributed among Mexico’s poor, rather than confiscated by the U.S. government. The lawyer is also fighting for Guzmán’s extradition back to Mexico.

Bukele said last week that his country is trying to reduce irregular migration and fight crime and drug trafficking, and deserves to be considered differently than neighboring Guatemala and Honduras.

Those three countries make up Central America’s so-called Northern Triangle, the source of most of a wave of migrants and asylum seekers who have sought to make it to the United States this year, fleeing violence and poverty back home.

Left: Members of the Mexican National Guard and Federal Police officers keep watch as they look for migrants at the banks of the Suchiate river, at the border with El Carmen, Guatemala, as seen from Talisman, Mexico, July 16, 2019. Photo by Jose Torres/Reuters