Mueller’s testimony is over. But Democrats are still pursuing these other witnesses

In the 98 days since Robert Mueller’s report became public, the House Democrats scrutinizing his findings have hit roadblock after roadblock, stymied by witnesses who refused to testify and a White House unwilling to turn over key documents.

Democrats finally had a breakthrough Wednesday, when they heard several hours of testimony from the former special counsel himself. But Mueller was generally unwilling to elaborate on what his report said, and his performance was widely seen as unhelpful to Democrats. Now that Mueller’s hearing is over, attention is shifting back to other key players in the Russia investigation — and how hard it’s been for Democrats to investigate the president.

They have tried to set up open hearings with witnesses who were mentioned in the report, but have had little success getting those witnesses to appear publicly, despite a number of subpoenas, and have failed to obtain most records from the investigation.

Democrats have tried to set up open hearings with witnesses who were mentioned in the report, but have had little success.

Yet there may be some bright spots for the party going forward. Democrats negotiated for access, however limited, to some of Mueller’s evidence. Mueller affirmed in his testimony, on national television, a key assertion in his report: that it did not exonerate President Donald Trump, despite claims otherwise from the president.

In interviews after the Mueller hearings, several House Democrats said they plan to push for more hearings related to the Russia probe — including through legal action to force no-show witnesses to appear before their committees.

“We now need to go full steam ahead,” Rep. Ted Deutch, D-Fla said. “The case about obstruction of justice was laid out [by Mueller]. Now it’s a matter of filling it in.”

Republicans said the testimony brought conversation over Mueller’s report to a close. But for Democrats, “I think we’ll continue to press hard to bring the witnesses before the committee, to secure the documents that are necessary for investigation,” Rep. David Cicilline, D-Rhode Island said.

Here’s who else Democrats are pursuing.

The subpoena that Nadler issued McGahn in April demanded that the former White House counsel testify in May. But McGahn did not appear. 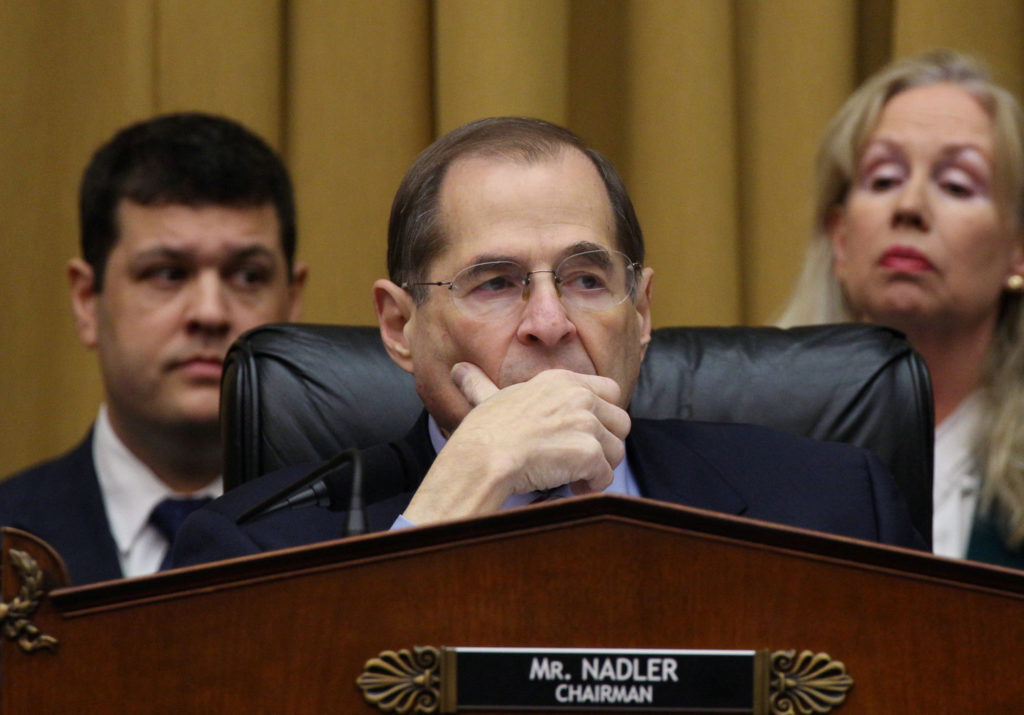 McGahn is a recurring character throughout Volume II of Mueller’s 448-page report — the volume that details the former special counsel’s obstruction of justice investigation into Trump. Most notably, the report says that Trump directed McGahn in June 2017 to begin the process of having Mueller fired. (McGahn, the report says, was ready to resign rather than comply.)

But it was also Trump who directed McGahn to skip the House hearing. The current White House counsel, Pat Cipollone, asserted that McGahn is “absolutely immune” from being forced to testify about events that occurred during his time in the White House.

Annie Donaldson, the former chief of staff for the White House counsel’s office

Donaldson already fielded questions from the House Judiciary Committee. But she did so in writing, not in person.

The panel agreed in June to allow Donaldson to provide written responses for now to accommodate Donaldson’s pregnancy, and to hold off on having her testify in person until after Nov. 1.

Donaldson’s notes, which were cited often in Volume II of Mueller’s report, added granular detail to the special counsel’s account of Trump’s conduct. One notation from March 21, 2017 — a note that refers to Trump as “getting hotter and hotter” — seemingly points to Trump’s growing frustration with James Comey, who at the time as FBI director was overseeing the investigation into his campaign. And a notation from May 9, 2017 — “[i]s this the beginning of the end?” — documents Donaldson’s worry about Trump’s decision that day to fire Comey.

But Donaldson offered little context of her own while responding to the House Judiciary Committee’s questions about those and other notes. Instead, she complied with White House instructions to avoid answering any items on the 55-page questionnaire that implicate “Executive Branch confidentiality interests.”

Flynn is at the moment the focus of a different panel, the House Intelligence Committee. Its chair, Rep. Adam Schiff, D-Calif., issued a subpoena to Flynn in June as part of his committee’s ongoing investigation into foreign influence in American politics.

Flynn is still awaiting sentencing for lying to FBI agents about his communications in December 2016 with Sergey Kislyak, then the Russian ambassador to the United States. But Volume I of Mueller’s report also mentions Flynn’s unwitting amplification of a tweet generated by a Russian social media operation that favored Trump. And it describes Flynn’s ties to two fruitless efforts by two of Flynn’s contacts to locate around 30,000 emails that Hillary Clinton deleted from a private server during her tenure as secretary of state. 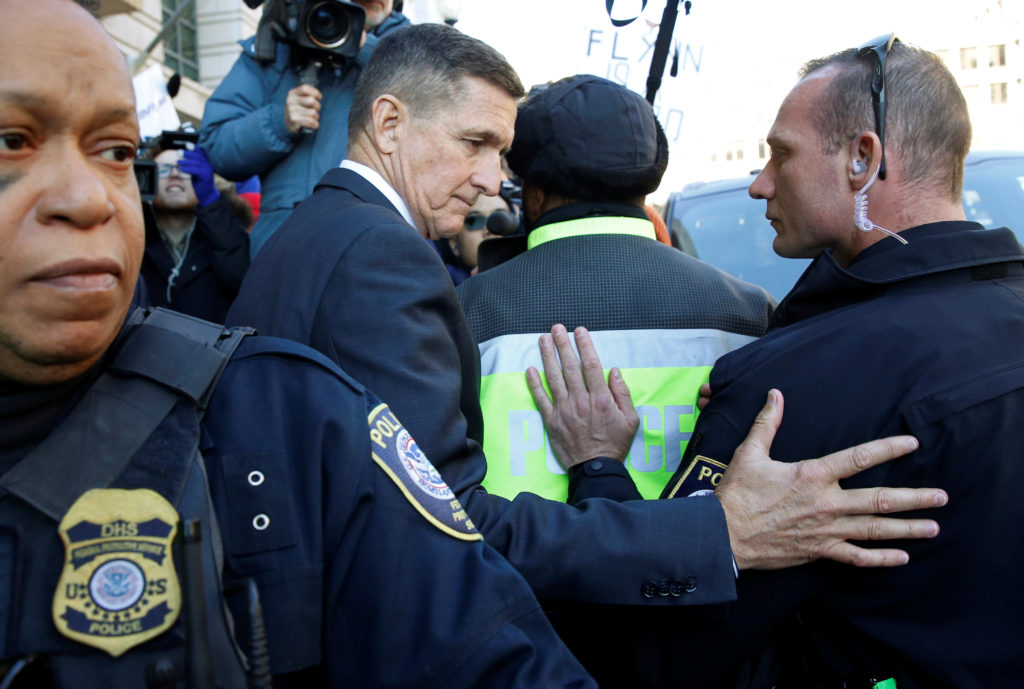 Former U.S. national security adviser Michael Flynn is surrounded by police officers as he departs after his sentencing was delayed at U.S. District Court in Washington, December 18, 2018. File Photo by Joshua Roberts/Reuters

Flynn was also one of 12 people for whom the House Judiciary Committee authorized subpoenas earlier this month — though there is no public information yet on when Nadler may sign off on any subpoenas. That list also includes two other key figures mentioned in Volume II of Mueller’s report: Jeff Sessions, the former attorney general, and Corey Lewandowski, who was the first campaign manager for Trump’s 2016 presidential bid.

Gates has also received a subpoena from Schiff. Gates, who pleaded guilty in 2018 to conspiracy and false statements charges stemming from past lobbying work, has been cooperating with federal prosecutors ever since. The Mueller report mentions Gates as one of several characters who figured into the Trump campaign’s reaction to WikiLeaks’ document dumps in 2016. And the report says he was involved in efforts by Paul Manafort, the campaign chair, to share internal polling data with Konstantin Kilimnik, a business associate who the FBI believes is linked to Russian intelligence.

It is unclear whether the House Intelligence Committee will be taking further actions to enforce its subpoenas to Flynn and Gates, which demanded that they testify before the panel earlier this month.

Hicks, the former White House communications director, appeared voluntarily for a private interview in June with the House Judiciary Committee But Democrats later took issue with some of her statements, raising the possibility that she may have to provide more information to the panel.

During the seven hours of questioning from House members and staffers last month, Hicks — who was also interviewed separately by the special counsel’s office — repeatedly declined to answer questions about those same topics. She followed the lead of White House attorneys in attendance who objected to questions about events that occurred during her time at the White House.

The first of the objections came from Michael Purpura, a deputy White House counsel, just 11 questions into the interview. “Ms. Hicks may not be compelled to speak about events that occurred during her service as a senior adviser to the president,” he interjected, prompting an immediate response from Nadler.

“With all due respect, that is absolute nonsense as a matter of law,” Nadler said.

Hicks did respond to inquiries from lawmakers about Trump’s 2016 presidential campaign, which yielded no new information about the campaign or its links to Russia. Democrats also included questions about the hush money scheme engineered that year by Michael Cohen, Trump’s former personal attorney, to conceal allegations from two women that they had affairs with Trump. After Hicks’ name surfaced this month in court records involving Cohen, Nadler wrote to Hicks to demand that she explain her testimony.