NH poses a last chance for some struggling 2020 Democrats

PLYMOUTH, N.H. — Bounding onto a stage at a conference center in New Hampshire, tech entrepreneur Andrew Yang beamed a smile to a cheering crowd and launched into his pitch for votes heading intod of Tuesday’s first-in-the nation primary.

Yang didn’t mention his poor showing in Iowa, his back-of-the-pack polling in New Hampshire or the fact his campaign recently laid off an undisclosed number of people. Instead, he recalled a conversation he had in Washington in which he was told that he needed to “create a wave in other parts of the country and bring that wave crashing down on our heads in D.C.”

“I said challenge accepted,” Yang said of his decision to run for president. “Here we are Plymouth and you are that wave.”

Yang is among a handful of candidates who are polling in the single digits as New Hampshire’s primary nears. He joins Colorado Sen. Michael Bennet, former Massachusetts Gov. Deval Patrick, billionaire activist Tom Steyer and Hawaii Rep. Tulsi Gabbard near the bottom of most surveys. For most of them, a poor showing on Tuesday could force them to rethink their campaigns.

Only Yang and Steyer qualified for Friday’s presidential debate.

Rather than dwelling on potential disappointment, these candidates are soldiering on with scores of town halls, house parties as well as breakfasts and dinners with supporters. It’s all in service to the idea that New Hampshire voters might surprise the pundits. 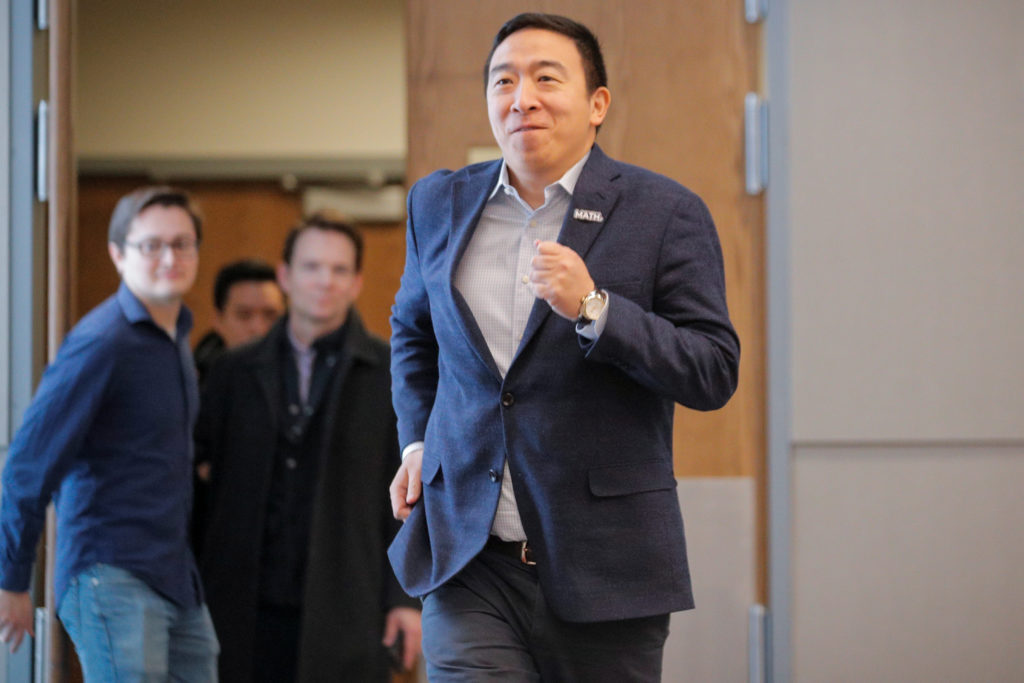 Speaking on the sidelines of a University of New Hampshire event on college costs, Bennet claimed that he had spent more time in New Hampshire than any other candidate and was hoping to finish third or fourth. He was in the midst of a tour that included 50 town halls and a rally Saturday in Manchester with Democratic operative James Carville.

He also picked up an endorsement from Democratic Rep. Jared Golden of Maine, the first member of Congress to endorse Bennet in his campaign for president.

Patrick, who entered the race late, said a six-day, 1,000 mile bus tour demonstrated there were plenty of undecided voters up for grabs. He reached a wider audience with a CNN town hall Thursday night, where he acknowledged he needed “to beat expectations here.”

“Almost all the people I met are still undecided and I think what that means is that people aren’t satisfied with the rest of the field,” Patrick said. “I’m not surprised by that. When they hear someone who has actually delivered on an agenda that others are just talking about or that they have plans for, when they hear what it takes to deliver those progressive outcomes, we are winning support.”

For Steyer, getting his message out meant braving snow and freezing rain to greet UPS workers arriving to a Manchester warehouse Thursday. He was asked how long he would remain in the race.

“I’m going stay in the race, because I think I’m going to win,” he said.

Asked what he was doing to stay competitive in New Hampshire when he barely registers in polls, Steyer didn’t mention New Hampshire in his answer, instead focusing on his support in other states where he’s doing better. 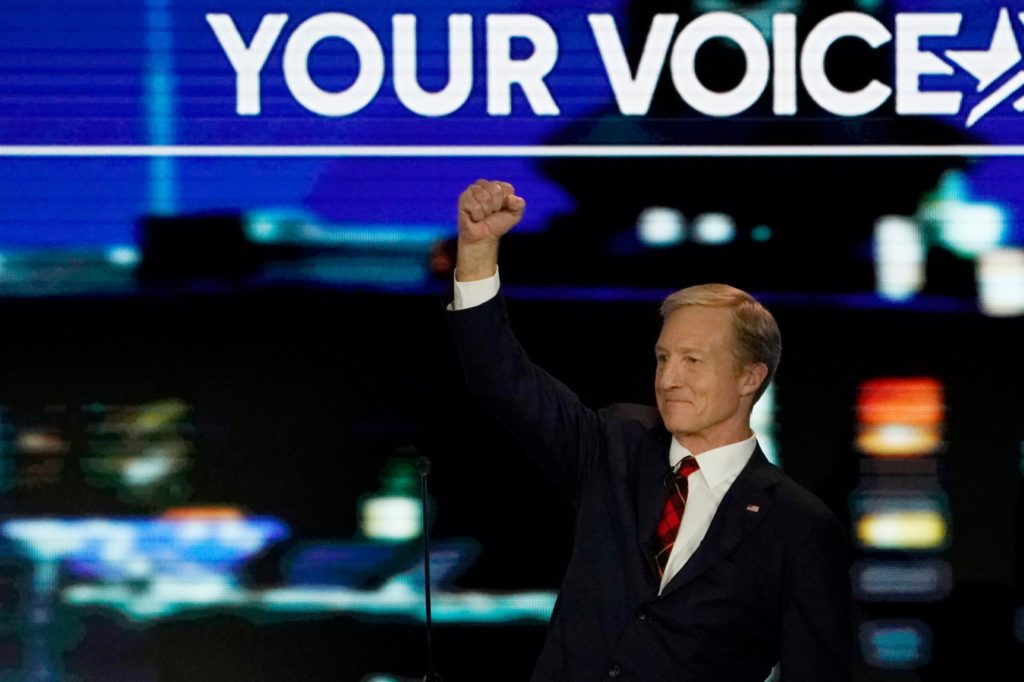 “I don’t know what that poll is, but I know in South Carolina, Nevada, that I’m doing really well,” he said. “I’m going to put together the kind of diverse coalition it’s going to take both to win this nomination, to represent this country and to beat Donald Trump in November.”

Gabbard has devoted much of her time to campaigning in New Hampshire, but was unable to say recently exactly how many staffers she has in the state.

Her unconventional approach has the feel of an insurgent as the top tier largely skipped New Hampshire last month. She was planning scores of town halls over the weekend but was a no-show at the UNH event Thursday.

“I don’t know the punditry of all of this,” Gabbard said when asked about expectations. “I’m really just focused on continuing that outreach that we’ve been doing.”

Back in Plymouth, Yang was finishing up a speech to about 60 people in which he detailed his life story and described a world where corporations have all the power, robots were taking jobs and life expectancy in the United States was declining due to drug overdoses and suicides.

Standing in the back of the room, Jerry and Judy Beck, a retired couple from Holderness who support Yang, admitted he was unlikely to win Tuesday. But they couldn’t image voting for anyone else.

Jerry Beck said he was voting for Yang because he was “the best man for the job.”

“If you are trying to vote for a winner, just stay home,” he said. “If you act like that, your vote is meaningless. You need to vote your conscience. If enough people do that, we will get the best person.”