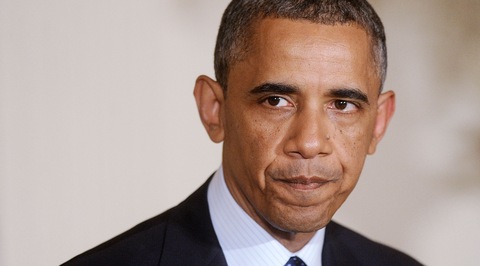 To catch you up on the last 24 hours in politics: President Barack Obama canned the man at the helm of the Internal Revenue Service, released 100 pages of emails between intelligence analysts and State Department officials following the attacks in Benghazi, Libya, and asked a Senate Democrat to reintroduce a bill to help reporters protect the identity of their sources.

In other words: a whole lotta damage control.

“Americans are right to be angry about it, and I am angry about it,” Mr. Obama said Wednesday evening in a four-minute statement from the East Room of the White House. He was referring to the swelling scandal at the IRS, which put extra layers of scrutiny on conservative organizations seeking tax-exempt status.

“I will not tolerate this kind of behavior in any agency, but especially in the IRS, given the power that it has and the reach that it has into all of our lives,” he said.

Earlier in the day, Attorney General Eric Holder told members of the House Judiciary Committee that the Justice Department would conduct a full investigation into the IRS’ conduct.

The administration’s response came as lawmakers ramped up their demands for answers.

“My question isn’t about who’s going to resign. My question is, who is going to jail over this scandal?” House Speaker John Boehner, R-Ohio, declared at a morning news conference.

“This has been an incredibly difficult time for the IRS given the events of the past few days, and there is a strong and immediate need to restore public trust in the nation’s tax agency,” Miller wrote in a memo distributed to agency employees. “I believe the Service will benefit from having a new Acting Commissioner in place during this challenging period.”

Miller said he will officially depart the IRS when his assignment ends early next month. The 25-year agency veteran is scheduled to appear Friday before the House Ways and Means Committee to answer questions about the IRS’ actions. On Tuesday, the Senate Finance Committee will get the next bite at the apple, and the House Oversight and Government Reform Committee will hold a hearing Wednesday.

NPR condensed the treasury inspector general’s report into “10 Things We Learned,” one of them being that the IRS sat on some applications for as long as three years and expected applicants to respond to its requests for information within three weeks.

For his part, Mr. Obama will take questions at noon Thursday during a Rose Garden event with Turkish Prime Minister Recep Tayyip Erdogan. The NewsHour will live-stream the news conference.

On Benghazi, Mr. Obama is attempting to put to rest the evolution of talking points about whether the events on Sept. 11, 2012, were a terrorist attack — a story that has involved the press as well.

ABC News’ Jonathan Karl had a big scoop Friday, reporting the talking points had been revised 12 times over the course of a few days. But CNN’s Jake Tapper, formerly with ABC, reported Tuesday that reading the emails contradicts that report.

That’s one reason the White House aimed to let people see for themselves. The emails, already given to congressional investigators, are posted in full here.

The Washington Post’s Scott Wilson and Karen DeYoung have a helpful explainer. From the piece:

According to the e-mails and initial CIA-drafted talking points, the agency believed the attack included a mix of Islamist extremists from Ansar al-Sharia, a group affiliated with al-Qaeda, and angry demonstrators.

White House officials did not challenge that analysis, the e-mails show, nor did they object to its inclusion in the public talking points.

But CIA deputy director Michael Morell later removed the reference to Ansar al-Sharia because the assessment was still classified and because FBI officials believed that making the information public could compromise their investigation, said senior administration officials, who spoke on the condition of anonymity to describe the internal debate.

Those officials said Wednesday that the e-mails capture a fairly routine conversation between agencies over how to talk about a major event.

What was most challenging in this case, senior administration officials said, was doing so within days of the attack as intelligence agencies working in a volatile environment were trying to piece together what happened.

The New York Times has more on the internal divisions the emails lay bare. Politico writes that the email chains “suggest it was the State Department that was most concerned about taking the blame for the attack.”

Then there is the matter of the Justice Department’s seizure of phone records from the Associated Press as part of an investigation into leaks about a failed terror plot last year.

Holder told lawmakers Wednesday that he had recused himself from the probe early on because he was one of the officials who had access to the information that was leaked. But he pledged to review the matter once the investigation was completed.

“I do think that at the conclusion of this matter, and when I can be back involved in it, that given the — the attention that it has generated, that some kind of after-action analysis would be appropriate,” Holder said.

The Justice Department’s decision to subpoena the records has drawn criticism from lawmakers and news organizations about the impact on 1st Amendment protections. In response, the Obama administration announced Wednesday that it would support a new media shield law that would provide greater protections to reporters seeking to keep their sources confidential.

The NewsHour’s Jeffrey Brown examined the IRS scandal Wednesday night. Watch that segment here or below:

Mr. Obama’s statement is here or below. 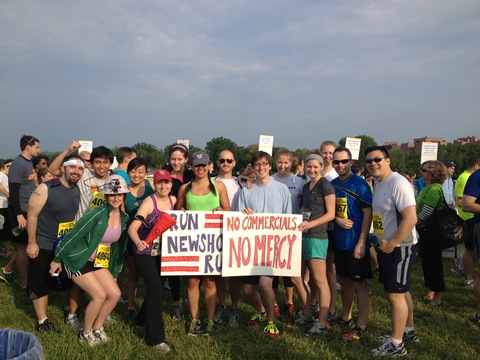 Strong from start to finish: Team NewsHour races at the ACLI Capital Challenge.

NewsHour social media editor Colleen Shalby won the bravest staffer award, wearing our HatCam! from start to finish. We’ve cut together some video highlights that you can watch here or below:

*Yes, the name is inspired by “Anchorman.”

You know, Mr. Prez, some of us have 6 pm news programs. #newshour #mayhem

Daily Kos was audited by the IRS earlier this year, because we’re so conservative, obviously.

Holder’s House Judiciary appearances are like a trip to the Star Wars cantina on a good day. Can’t imagine what today is going to be like.

stu stevens says dems shld run against Hillary in ’16. does not say if they shld use Orca or not buzzfeed.com/rubycramer/top…

Carney shows up with pics of himself (!) twitter.com/StevenTDennis/…

Moment of bipartisanship — the 7yo got a letter from the President.Made her day.She’d invited him to dinner.He won’t be able to come.

My staff & I were proud to participate in the ACLI Capital Challenge this morning! Team name was the Coal Burners. twitter.com/RepShelley/sta…

Caught a pic of team @chuckgrassley at the ACLI Capital Challenge while cheering on team @newshour. twitter.com/anmccartney/st…

OH at #ACLI starting line: ‘The Attorney General is bugging all the press’ bib chips.’