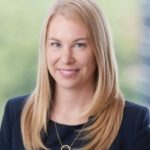 Yesterday I joined six former Hill staffers—who all, like me, experienced sexual misconduct while working in Congress—in urging federal lawmakers to finalize sexual harassment reform legislation. It’s now been almost a year since I shared my experience with sexual assault as an 18-year-old Senate intern in the Washington Post. That article, along with countless other stories that have been told since, prompted immediate bipartisan reform efforts last fall. But today the legislation is stalled in negotiations, and while lawmakers continue to deliberate, the status quo remains unchanged for the thousands of people who currently work in Congress.

Despite the current gridlock, over the past few months I’ve been moved to see leaders—from both chambers and political parties—put partisanship aside and work across the aisle to address sexual misconduct in response to #MeToo. One such leader has been Senator Chuck Grassley (R-Iowa), who has leveraged his powerful role as Chairman of the Senate Judiciary Committee to push for sexual harassment reform efforts in both Congress and the federal judiciary.

As an 85-year-old white man from the Midwest (not to mention one who’s spent over three decades in the U.S. Senate), Grassley doesn’t fit the typical profile of a #MeToo advocate. But as stories like mine became public last fall, Grassley responded promptly by introducing bipartisan legislation last November to require mandatory sexual harassment training. When the Senate unanimously passed his bill just two days later, Grassley applauded the effort, remarking that no workplace “is immune to the all-too-prevalent scourge of sexual harassment, but we in Congress have a particular duty to set high standards of conduct.”

In January of this year, the U.S. House of Representatives passed a comprehensive reform bill, the Congressional Accountability Reform Act, to overhaul Congress’s internal procedures for handling sexual misconduct. Shortly thereafter, Grassley sponsored and introduced an identical bill in the U.S. Senate. The bills contained important and long-overdue reforms for the existing system, which has been widely criticized for its lack of transparency and accountability. One key modification was the addition of a mandatory investigation to be conducted within 90 days of any harassment allegation.

But Grassley’s bill stalled in committee, and in March he wrote a letter to Majority Leader Mitch McConnell urging him to take up the bill and bring it “to the Senate floor for a vote as quickly as possible.” When the Senate instead turned its attention to avoiding a government shutdown, Grassley made a failed but genuine attempt to get the reforms attached to the appropriations bill.

But McConnell apparently disagreed, and Grassley’s bill was not only left out of the spending bill, but sidelined entirely. McConnell instead began crafting a different compromise solution with input from Senators Amy Klobuchar (D-Minn.) and Roy Blunt (R-Mo.). The final version of the Senate bill, which passed unanimously in May of this year, has been criticized heavily for failing to include many key reforms contained the House (and Grassley’s) version of the bill—chief among them, the requirement that Congress conduct a mandatory investigation in response to all harassment allegations.

Despite this setback, Grassley has continued to advocate for reform in response to #MeToo, with a particular focus on the federal judiciary. In June, he held a Senate Judiciary Committee hearing to address the judiciary’s handling of sexual misconduct allegations against former Ninth Circuit Judge Alex Kozinski. In his opening statement, Grassley commended “the brave women who spoke out against this harassment,” acknowledging that thanks to their courage, “we can hopefully begin to make real, significant changes to these power imbalances that allow harassment to thrive.”

Grassley adamantly expressed his view that victims of misconduct “deserve to be protected from isolation, retaliation, and misconduct,” and specifically criticized the judicial branch for failing to establish a clear “investigation protocol, or independent third party to ensure all complaints are properly reviewed.” He ominously warned that absent an investigation or other independent review protocol, “those in positions of authority are free to dismiss genuine complaints.”

But now that Grassley is the one in the position of authority, his tune has drastically changed. This week, Dr. Christine Blasey Ford publicly alleged that Supreme Court nominee Brett Kavanaugh drunkenly attempted to rape her at a high school party when the two were teenagers. Despite acknowledging just three months ago that our existing system “doesn’t always protect victims” who speak out “against powerful judges,” Grassley has refused to provide Dr. Ford (despite her repeated requests) with precisely the kind of independent investigation he recommended Congress mandate for all sexual misconduct allegations, and deemed especially critical in situations involving allegations against powerful federal judges.

Grassley has justified his decision on the grounds that the “job of assessing and investigating a nominee’s qualifications in order to decide whether to consent to the nomination is ours, and ours alone.” But this does nothing to address the fact that—as Grassley pointed out at his own hearing on the topic just this summer—absent an investigation or other independent review protocol, those in power are free to dismiss genuine sexual misconduct allegations without giving them the careful consideration they deserve.

Grassley’s recent #MeToo advocacy makes clear that he knows as much. And Dr. Ford and other victims of sexual misconduct—whether it occurs at a high school party, on Capitol Hill, in the judiciary, or in workplaces across America—deserve better. Senator Grassley should heed his own advice and provide Dr. Ford with an independent investigation and ensure that the U.S. Senate treats “sexual assault cases with the seriousness they deserve.” As he put it earlier this year, the “goal is to get the information, not to put on a show.”

Above: Senate Judiciary Chairman Sen. Chuck Grassley, R-Iowa, has supported #metoo-inspired reform on Capitol Hill, but has resisted calls for an investigation into allegations against Brett Kavanaugh. Photo By Sarah Silbiger/CQ Roll Call

Ally Coll Steele is the President and Cofounder of the Purple Campaign, a non-profit organization to end workplace sexual harassment in the wake of #MeToo. She is a graduate of Harvard Law School and a former Congressional aide in both the House and the Senate.