‘Our country is in a state of emergency.’ First-time voters reflect on why they are voting in 2020

When voting begins for the 2020 U.S. general election, a new set of eligible Americans will cast ballots for the first time. These first-time voters plan to participate in an election that comes in the midst of a global pandemic that has affected schooling, work, the economy and the 2020 election itself.

These new voters are as diverse as America itself, but a large number are Gen Z teens reaching voting age. Born after 9/11, they have seen two recessions in their lifetime, a fact that several told PBS NewsHour may influence their political leanings.

Combined with millennials, this younger slice of the U.S. population is expected to make up 37 percent of eligible voters, nearly as many as eligible baby boomers and silent generation voters combined (38 percent), according to a Pew Research Center study from January, 2019.

By sheer number, “young people have enormous power in our election,” said Carolyn DeWitt, president and executive producer of Rock the Vote.

“I think the common consensus is that young people don’t care, but young people do care,” said Elaine Yan, a student regional leader with the Youth Voter Movement. From the Sunrise Movement to the March for Our Lives to Black Lives Matter, teens have come out in force in recent years on issues they see as existential threats to their future.

Each new voter has their own reasons to participate this year, and several shared their motivations with PBS Newshour.

Fifteen out of 34 (44 percent) of those who responded to the PBS NewsHour callout on the upcoming election stated the need to remove Trump or the current administration as their primary motivation to vote this year.

Data from a recent PBS NewsHour/NPR/Marist poll suggests that more than half of Americans (58 percent) disapprove of Trump’s job while in office. Similarly, an August 2020 poll from Pew suggests that 56 percent of Biden supporters will cast their vote for him because he is not Trump. And the majority of young voters (67 percent) lean toward voting for Biden, according to the same data. 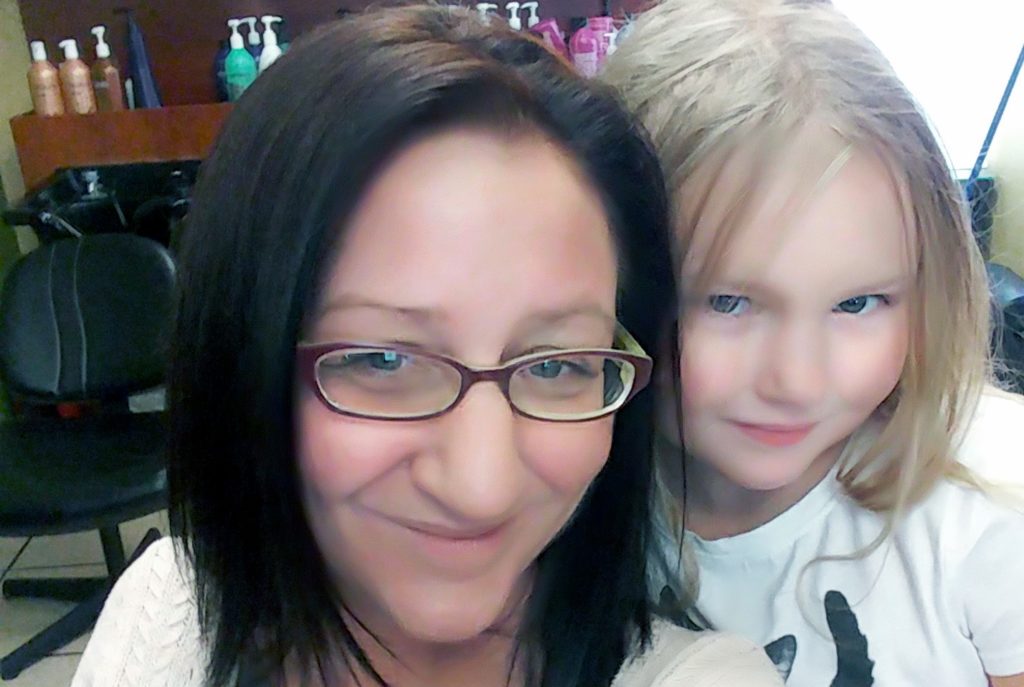 Carole Cook, 50, said she is motivated to vote because she doesn’t want “four more years of destruction,” and believes everyone needs to vote this time around to make that possible.

I’m motivated by not wanting four more years of destruction. I’m motivated by knowing that we need everyone to vote this time to get Trump out before he completely destroys our nation. 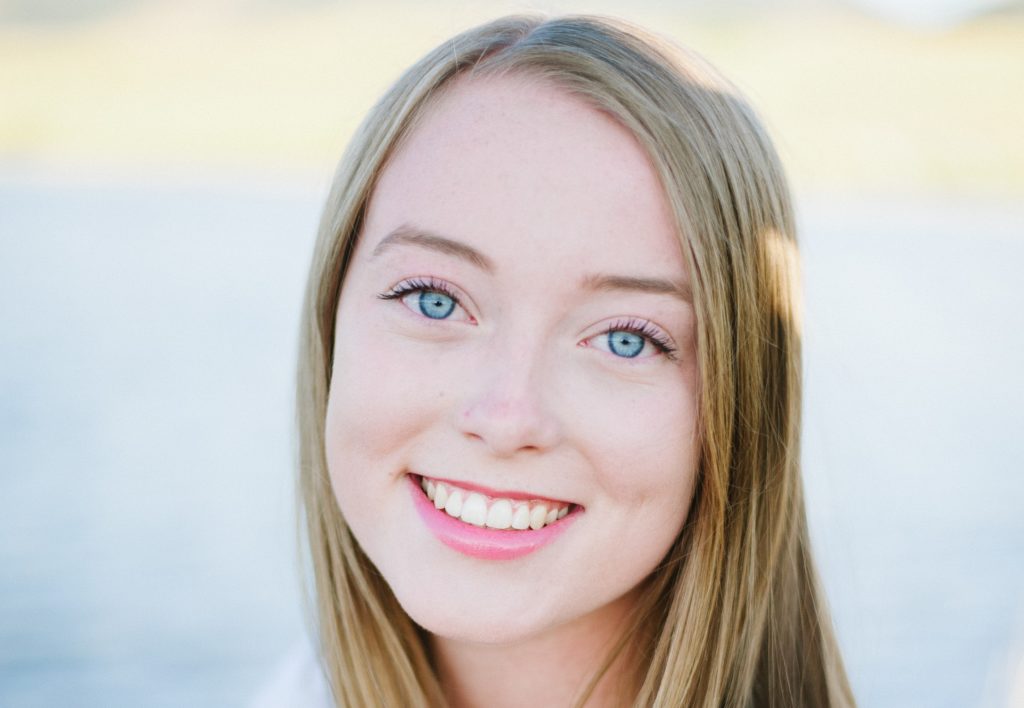 Audrey Brandis, 18, said she is compelled to vote in this election because she wants to know there is someone in office who can tackle the pandemic and “the urgency of global warming.”

Our country is in a state of emergency for many reasons, in my eyes. For example, the pandemic and the urgency of global warming. I want to vote so that there is a person in office who can effectively handle these issues. 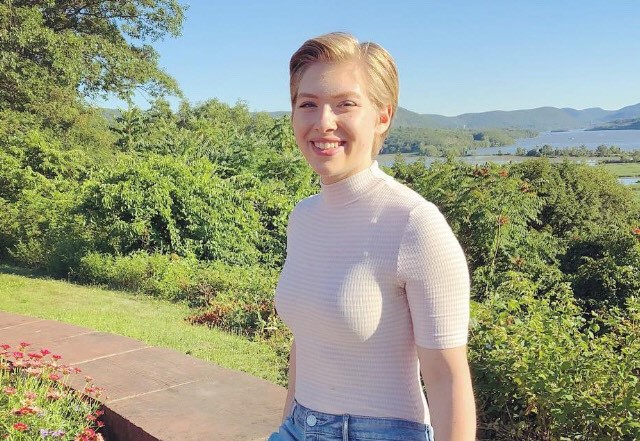 Lauren Hirth, 21, recalled a time during the 2016 election when fellow high schoolers were shouting “white power” up and down the halls. She believes the only way to “put this insanity to rest” will be to vote in 2020.

The 2016 election was absolute insanity. I was a senior in high school at the time, and I remember seeing kids running up and down the hallways yelling “white power” while other kids hid in classrooms just sobbing. The only way to put this insanity to rest is to vote blue in 2020, and that’s exactly what I plan on doing.

“Young voters are overwhelmly behind Biden, rather than Trump,” said Jocelyn Kiley, associate director of research at Pew Research Center. “When it comes to political values, we’ve definitely seen that younger voters are more liberal on issues.”

Many of the responders want to see the country’s leadership, from both sides of the aisle, more closely aligned with their views, which they don’t feel are adequately represented at this time. 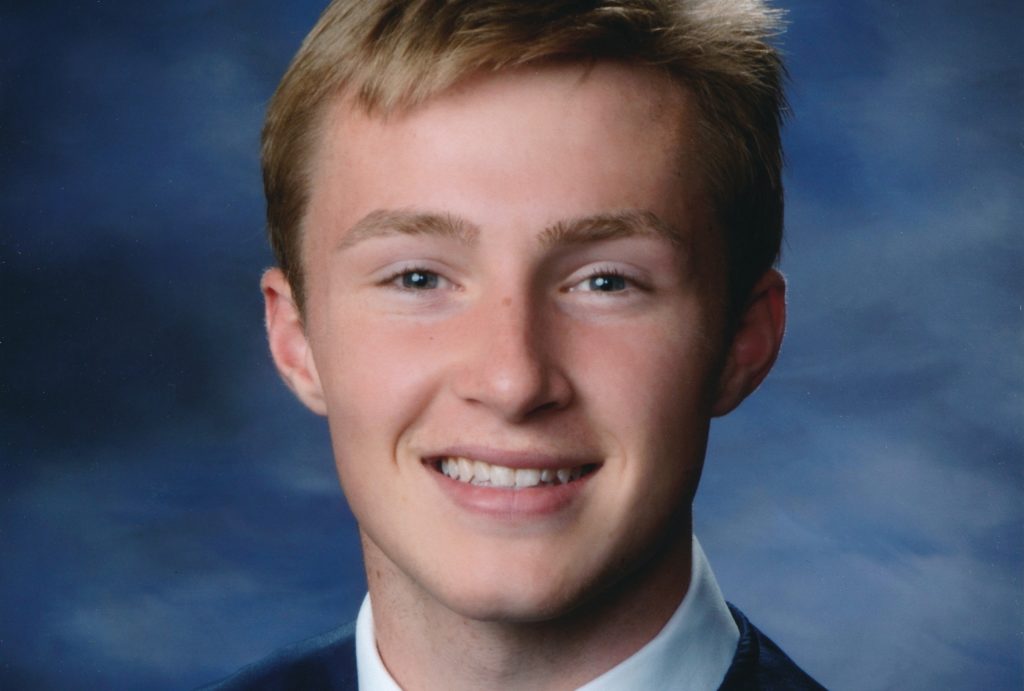 The current political climate and direction of the country is not sustainable or healthy. New leadership is needed from both parties that do not serve corporate interests and big money donors. 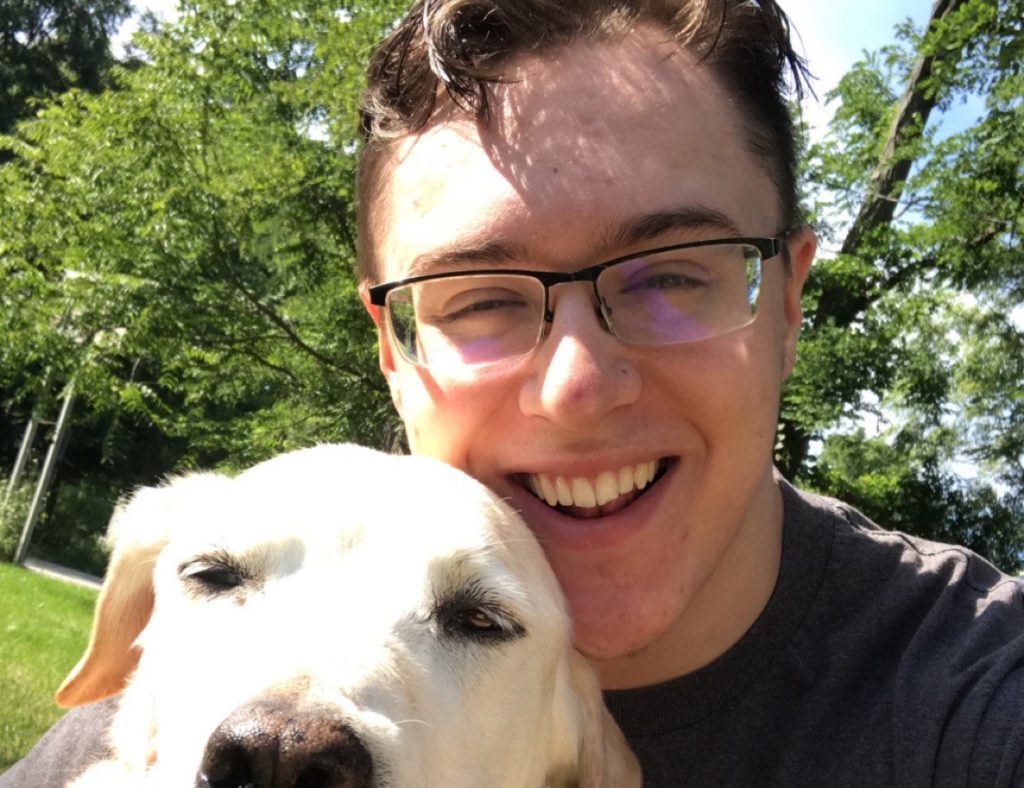 Jeffrey Yaw, 20, feels that neither presidential candidates align with his beliefs, but still plans to vote for local candidates as “they tend to align closer to my view.”

I only plan on voting in my state and local elections, because I don’t feel comfortable with the two major tickets. I oppose several of the key social views of the Democratic Party, such as on firearms legislation and especially on abortion. However, as a Catholic, I do not believe I can morally support President Trump either, given policies such as an aggressive foreign policy, nasty remarks toward foreign countries, and the general scandal that surrounds him as a person.

“Young voters are not monolithic, and they are not single-issue voters,” said DeWitt. “They see the intersectionality of issues.”

For some voters this year, according to Pew data, the candidates offered on the national ticket just don’t align with their values. About 21 percent of registered voters believe the choice between the candidates is difficult because neither would make a good president.

READ MORE: Isolation and frustration are keeping some voters from election excitement

One of the largest deterrents to voting is the feeling that votes don’t count on a federal level, according to Rob Richie, president and CEO of Fair Vote, a nonpartisan nonprofit that advocates for election reform. He said many people feel disenfranchised when national candidates don’t represent their views.

“The nature of two candidates trying to get lots of votes is that they’re going to leave some people behind,” he said.

For nonpartisan groups aiming to register voters, the solution is often to refocus them on the influence their vote can carry in local races, a piece of political influence often missed in the battle over federal power.

“One vote in the presidential election feels like it’s lost,” said Tammie Statler, a program manager for Inspire2Vote. “We try to focus them on local campaigns, you’re not just voting for the president.”

“That is a really concrete way to talk about voting,” said Jay Falk, a former Inspire2Vote student leader currently attending the University of Pennsylvania.

According to Statler, Richie and DeWitt the recent Black Lives Matter protests that followed the deaths of George Floyd, Breonna Taylor and many others have sparked an interest in political participation, both in street protests and in the voting booth. Four responses to our callout mentioned racial issues in their motivation to vote. 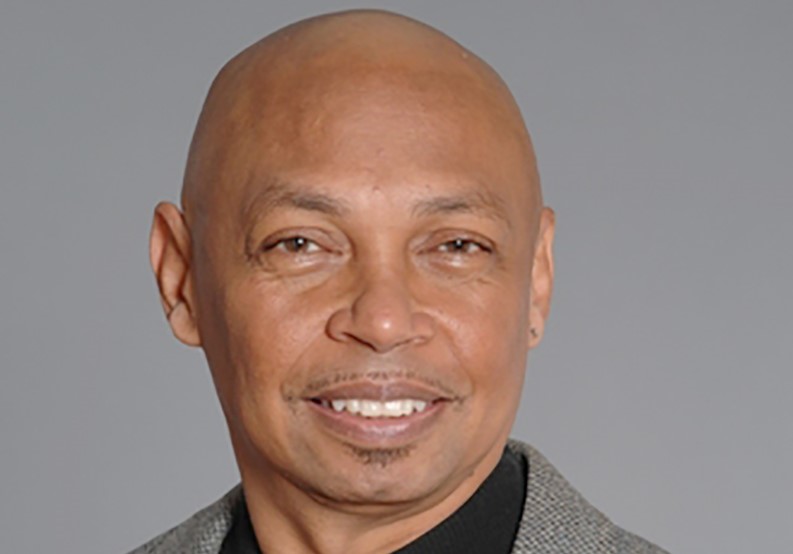 Antoine Craigwell, 55, cited the “suffering Black people and peoples of color endured, just to vote” and wants to honor that legacy by exercising that right.

I value [voting] as a fundamental right, and plan to exercise it; looking at the suffering Black and peoples of color endured, just to vote, it shouldn’t and cannot be taken for granted.

“We’re seeing a lot of energy and a lot of interests around racial justice,” DeWitt said. “You have a larger number than ever before who are experiencing these challenges in their own lives. If they aren’t, then they probably know someone who is.”

DeWitt said her organization saw a significant increase in voter registrations around the time the Floyd protests reached their peak in June and July. She attributed this to young Black individuals and others involved in the recent actions looking to exercise their political power.

“Young people are looking for information,” she said. “The protests really shined light on … the need to make sure people turn out in November.”

Richie described the protests as “a physical expression of community.”

For those activists out on the streets, Richie said voting actually plays a small part in their overall political lives.

“The decision to go out into the streets and demonstrate is honestly more time intensive,” he said, explaining that protesting, organizing with friends and reaching out to political leaders takes more of a commitment than voting.

Several people who responded to the NewsHour said that they believe they have a civic responsibility to vote. For Americans who have only recently received their citizenship, this responsibility can feel more like an absolute responsibility. 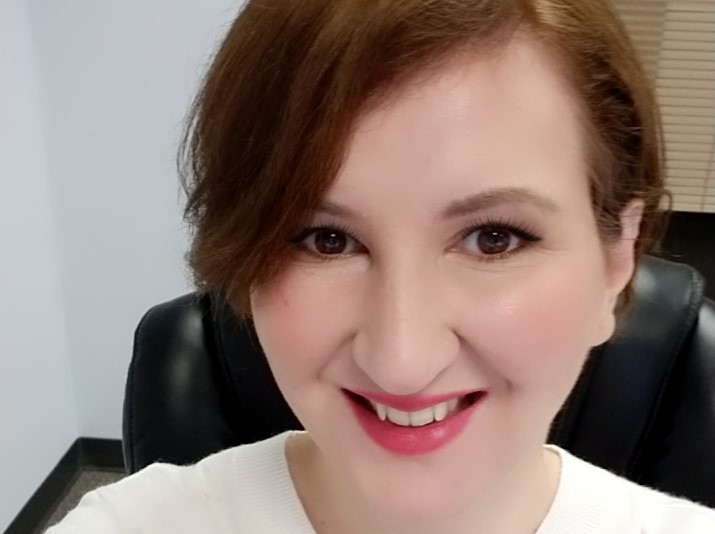 Melanie Lau, 39, only recently received her citizenship after living in the U.S. for 12 years.

I recently received my citizenship. I’ve lived in the U.S. for 12 years and it’s the first time I can take part in electing a president.

I always wanted to participate, but was unable to do it due to my legal status.

Voting is a privilege and in today’s social and political climate it is imperative to vote!

“Voting is this communitarian act where your connection to your community really matters,” Richie said.

DeWitt said Rock the Vote has experienced a surge over the last few months in interested citizens looking for their organization’s assistance with voter registration information, despite the pandemic slowing their physical outreach efforts. She believes the rise in demand suggests a promising turnout in the upcoming election.

“The fact that we’re seeing this amount of traffic this early in the season makes us hopeful,” she said.

Falk sees voting as a way for young voters to gain influence in their community, and see themselves as people who can act on the world, rather than have the world passively act on them.

“Voting is never just about voting,” Falk said. “Voting is a tool to access power.”

She believes the only thing stopping most people from voting comes down to education. That’s why she said her strongest outreach tool for activating young voters has been to just show them how the system works on a practical level and the ways their votes can matter.

“There’s nothing revolutionary about what we were saying,” she said. “You just have to have the conversation.”