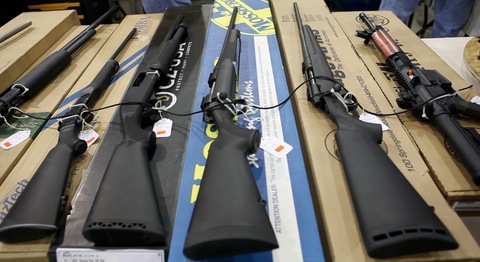 Even as a government spending crisis nears, President Obama and Vice President Biden have been working steadily on gun control measures, both in public and private.

The president’s newly revamped campaign arm, now dubbed Organizing for Action, on Friday mounts a major push to apply pressure on members of Congress to back a specific proposal from the White House: closing the loopholes in background checks to purchase firearms.

The first “Day of Action” will feature more than 100 events in 80 different congressional districts. An official with the group said the events include “Letter to the editor writing parties, or rallies and press events,” along with candlelight vigils. Just like campaign events in 2008 and 2012, the supporters organized “what they thought was the best event for their community,” the official said.

The effort launched with a to-the-camera video from Sami Rahamim, whose father was killed in a workplace shooting. “We’ve lost enough friends and family members and fellow Americans,” Rahamim says. “It’s time to do something about this.”

Organizing for Action also will buy online ads in districts of members “who have not yet publicly committed to support background checks.” The group dubs the issue “the first of a number of common sense tactics is to strengthen and broaden background checks for those who wish to purchase firearms.”

It’s one more example of the president using his own popularity and bully pulpit as public sentiment looks to be on his side.

Speaking in Connecticut Thursday, 12 miles from Sandy Hook Elementary School, Biden said that there is “a moral price to be paid for inaction.” The Washington Post’s Philip Rucker detailed the impassioned plea as Biden cautioned lawmakers to pay attention. “If you’re concerned about your political survival, you should be concerned about the survival of our children,” the vice president said. “And guess what? I believe the price to be paid politically should go to those who refuse to act. .â€‰.â€‰. The American people are with us.”

And groups are getting just as involved. Consider this new spot from Moms Demand Action for Gun Sense in America. It takes a simple approach — women speaking right to the camera asking viewers to “demand a plan.”

“One child every three hours,” the moms say. “Enough.”

Watch it here or below.

As we noted here earlier this week, the National Rifle Association has its own campaign against Democratic Senators up for re-election in 2014. The newspaper ads also go after one Republican: Sen. Susan Collins of Maine.

On Friday, both the Washington Post and New York Times led with enterprising stories on guns on their front pages.

The Times reported on state-based efforts to require insurance for gun owners. The Post focused on one woman’s sometimes-lonely fight as a gun control advocate in North Dakota.

Talking Points Memo’s David Taintor notes that the mother of an Aurora shooting victim was shocked Sen. John McCain, R-Ariz., told her at a recent town hall meeting that she needed some “straight talk” about the chances of the Assault Weapons Ban become law once more. On Wednesday the Senate holds its first hearing on the Assault Weapons Ban proposal.

This debate isn’t going away any time soon.

PBS’ weeklong “After Newtown” series exploring every facet of the societal debate in the wake of the tragic shooting massacre in Newtown, Conn. wraps on Friday with a look at mental health and gun violence in Chicago.

On the NewsHour Thursday, special correspondent Trimmel Gomes of Florida Public Radio/WFSU-FM reported on the 1 million concealed carry permits issued in the Sunshine State, nicknamed by some “The Gunshine State.”

The piece examined the tricky balance between rights and control, and featured interviews with gun enthusiasts and law enforcement officials who fear the state’s Republican leaders have gone too far. Watch Gomes’ report here or below:

“After Newton” includes robust online offerings you can check out here, and find all the details about which pieces are airing and when here.

All of Sunlight’s data and analysis on #guns in one place: sunlightfoundation.com/guns/ #guncontrol #gunrights #tcot #p2

No state has 2 senators further apart politically than WI: a look at the odd pairing of Tammy Baldwin, Ron Johnson: bit.ly/YpW7ji

Reports that Hillary Clinton will be charging $200k per speech. If you live in Iowa, just wait a couple years & you can hear her for free.