A top U.S. diplomat told lawmakers on Tuesday that he believed the Trump administration had withheld military aid to Ukraine in exchange for an investigation into political rivals.

William Taylor, the U.S. chargé d’affaires to Ukraine, emerged as a key witness in the impeachment inquiry into President Donald Trump after a trove of widely circulated text messages showed Taylor questioning the administration’s motives in Ukraine.

In his opening statement Taylor said: “As the Committees are now aware, I said on September 9 in a message to Ambassador Gordon Sondland that withholding security assistance in exchange for help with a domestic political campaign in the United States would be ‘crazy.’ I believed that then, and I still believe that.”

Taylor is one of several diplomats to testify before House lawmakers as they investigate whether Trump committed impeachable offenses by pressuring Ukrainian President Volodymyr Zelensky to investigate a political rival, former Vice President Joe Biden, and his son Hunter Biden. 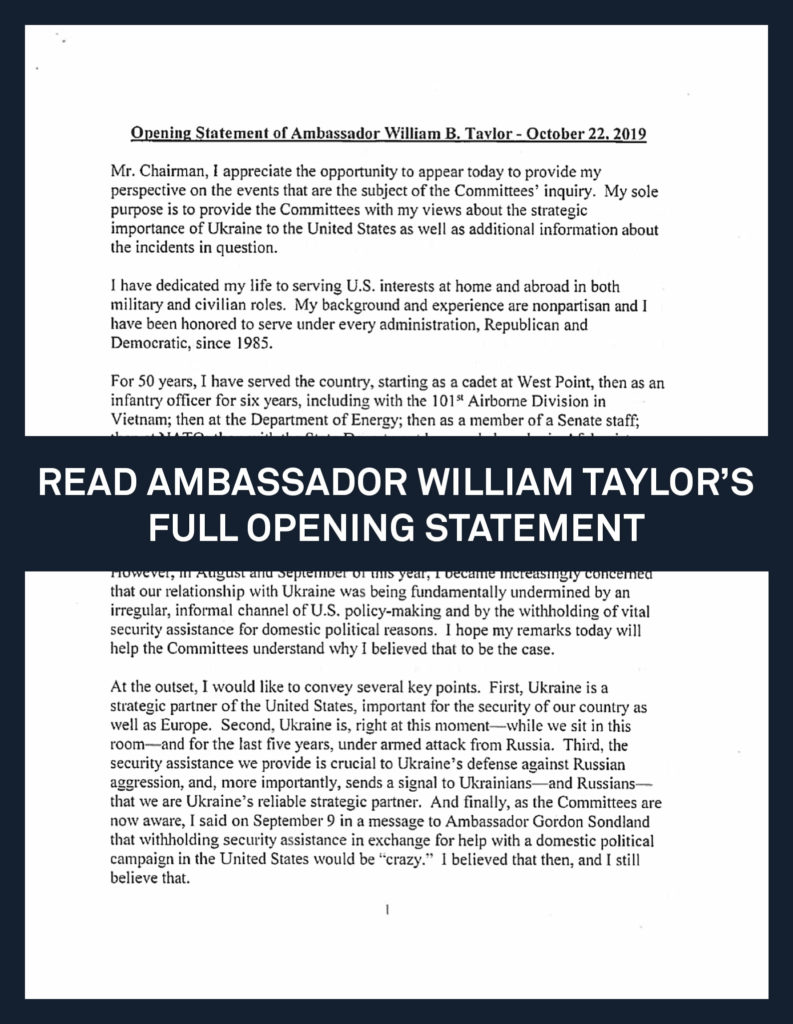