WASHINGTON (AP) — Impeachment investigators have released closed-door testimony from a U.S. official in Ukraine who overheard a call between diplomat Gordon Sondland and President Donald Trump this summer.

Transcripts were released late Monday from interviews with David Holmes, the diplomat who overheard the call, and from David Hale, the State Department’s No. 3 official. 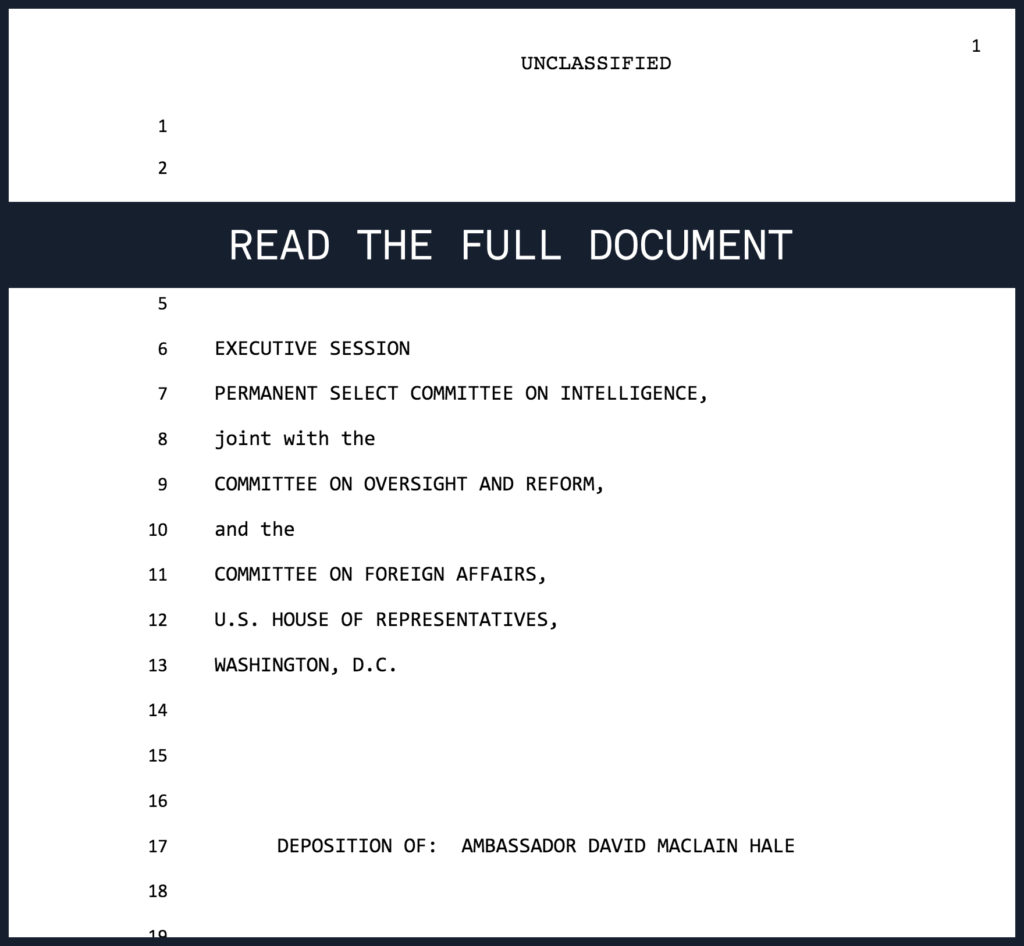 Holmes is scheduled to testify publicly Thursday about the call. He told lawmakers behind closed doors Friday that he overheard Sondland telling Trump that the president of Ukraine would do anything that Trump wanted, according to remarks obtained by The Associated Press. Trump was pushing Ukraine to investigate Democrats at the time.

Hale is scheduled to testify publicly Wednesday. He was questioned earlier this month about the removal of the U.S. ambassador to Ukraine, Marie Yovanovitch.

Left: David Hale, Under Secretary of State for Political Affairs, arrives for a closed-door deposition as part of the impeachment inquiry into U.S. President Trump led by the House Intelligence, House Foreign Affairs and House Oversight and Reform Committees on Capitol Hill in Washington, U.S., November 6, 2019. REUTERS/Joshua Roberts