Fiona Hill, the Trump administration’s former Russia adviser, will call out members of the House Intelligence Committee on Thursday for inferring that Ukraine, not Russia, interfered in the 2016 U.S. presidential election.

“I have heard, some of you on this committee appear to believe that Russia and its security services did not conduct a campaign against our country—and that perhaps, somehow, for some reason, Ukraine did. This is a fictional narrative that has been perpetrated and propagated by the Russian security services themselves,” Hill will say during an impeachment hearing Thursday morning, according to prepared remarks obtained by the PBS NewsHour.

“The unfortunate truth is that Russia was the foreign power that systematically attacked our democratic institutions in 2016,” Hill is expected to testify.

Hill is testifying Thursday, along with David Holmes, a top staffer at the U.S. Embassy in Ukraine, in the impeachment inquiry into President Donald Trump.

Hill’s testimony came a day after Gordon Sondland, the U.S. ambassador to the European Union, testified there was a “quid pro quo” with relation to Ukraine. He said a White House meeting and U.S. aid was contingent upon Ukraine’s willingness to investigate Trump’s political rivals. 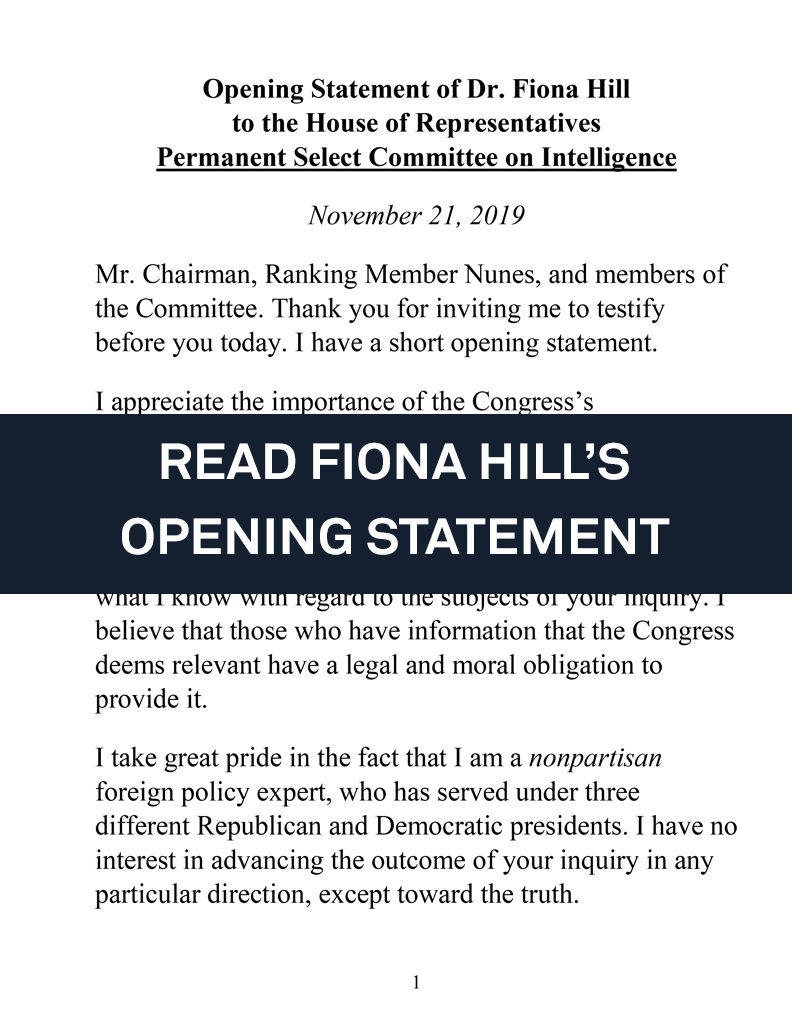