Jonathan Turley, a George Washington University law professor, is expected to caution House lawmakers against impeaching President Donald Trump based on the evidence they currently have at their disposal.

“Will a slipshod impeachment make us less mad or will it only give an invitation for the madness to follow in every future administration?” Turley will say, according to his prepared opening statement obtained by the PBS NewsHour.

“This is not how an American president should be impeached,” he will add.

Turley is testifying Wednesday during a House Judiciary hearing as part of the impeachment probe into Trump.

Turley, who was called as a witness by the Republican members of the committee, testified 21 years ago during the impeachment proceedings against then-President Bill Clinton.

“I never thought that I would have to appear a second time to address the same question with regard to another sitting president. Yet here we are,” Turley plans to testify. 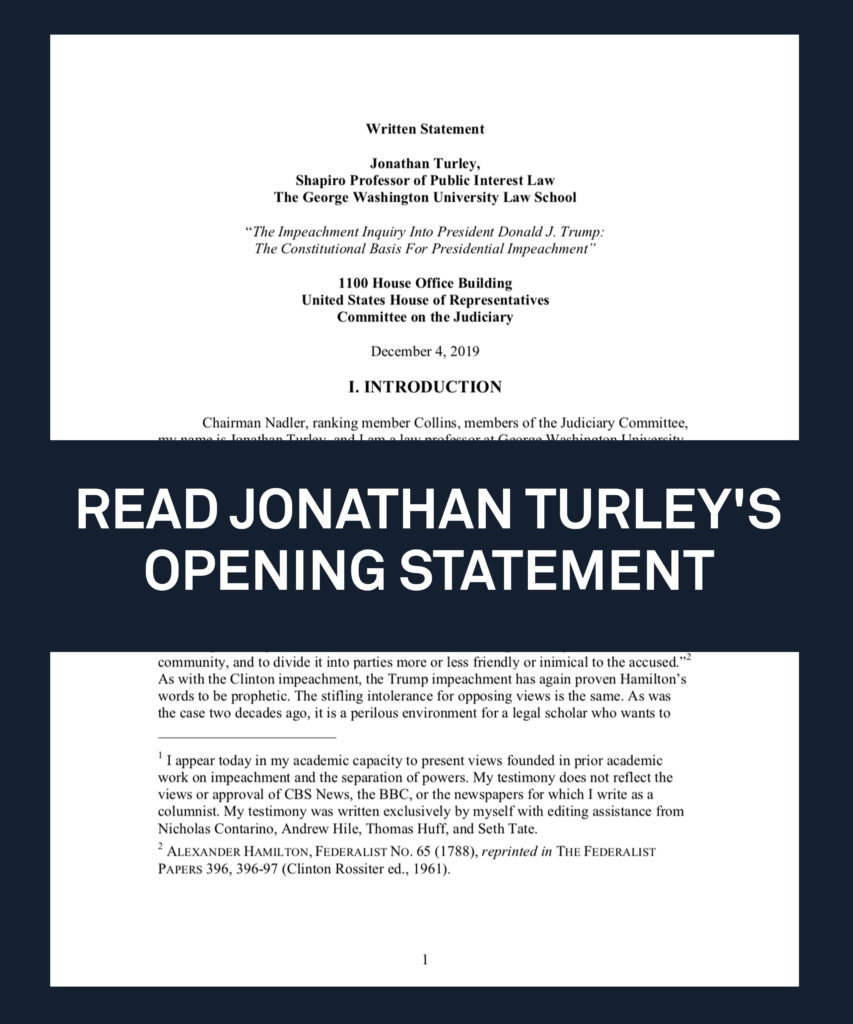 The Judiciary hearing comes after the House Intelligence Committee held hearings in late November and aims to define grounds for a presidential impeachment.

The impeachment inquiry has revolved around a July 25 phone call in which Trump asked the president of Ukraine to investigate former vice president and 2020 presidential candidate Joe Biden and his son, Hunter.

Left: A witness chair sits in the U.S. House Judiciary Committee hearing room on Capitol Hill in Washington, U.S. June 14, 2019. The dark cloud of impeachment has threatened President Donald Trump for many months, with Democrats in the U.S. House of Representatives, where any such effort to remove Trump from office would begin, divided about whether to proceed. Picture taken June 14, 2019. REUTERS/Jonathan Ernst