Marie Yovanovitch, the former U.S. ambassador to Ukraine, told House lawmakers Friday that her ousting means the United States’ Ukraine policy “has been thrown into disarray.”

“Although, then and now, I have always understood that I served at the pleasure of the President, I still find it difficult to comprehend that foreign and private interests were able to undermine U.S. interests in this way,” she said.

“Shady interests the world over have learned how little it takes to remove an American Ambassador who does not give them what they want,” Yovanovitch added.

Yovanovitch appeared before the House Intelligence Committee as part of public hearings in the impeachment inquiry against President Donald Trump.

The former ambassador refuted several of the lies that were told about her as part of the smear campaign that was led by Trump’s personal lawyer Rudy Giuliani.

“I do not understand Mr. Giuliani’s motives for attacking me, nor can I offer an opinion on whether he believed the allegations he spread about me,” Yovanovitch said.

William Taylor, who replaced Yovanovitch as the top U.S. diplomat for Ukraine, testified Wednesday, along with George Kent, the deputy assistant secretary of state for European and Eurasian affairs.

The impeachment probe, which entered a new, public phase this week, centers on a July phone call in which Trump asked the president of Ukraine to investigate former vice president and 2020 presidential candidate Joe Biden and his son, Hunter. 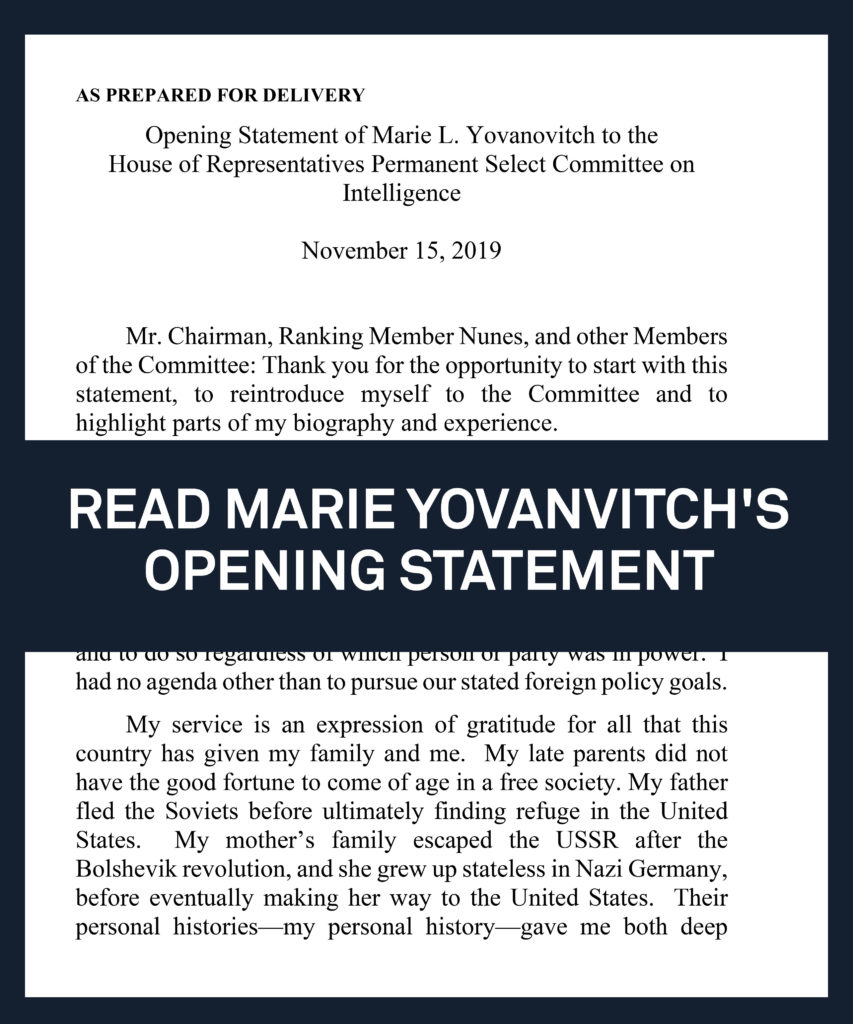