A highly-anticipated report from the Inspector General of the U.S. Department of Justice finds no evidence of political bias in the launch of the initial FBI investigation into the 2016 Trump campaign, but is highly critical of FBI officials for “basic and fundamental errors” in how parts of the investigation were carried out.

The report, issued Monday by Inspector General Michael E. Horowitz states “We did not find documentary or testimonial evidence that political bias or improper motivation influenced the decisions” to launch the initial investigation in the Summer of 2016.

While the report’s findings may undercut President Trump’s assertions that his campaign was spied on and was the victim of a “witch hunt,” the criticisms of the FBI will no doubt continue the ongoing fight over the politically charged investigation.

The report outlines at least 17 “significant errors or omissions” in FISA surveillance applications for Trump campaign aide Carter Page, but does not claim that intentional misconduct occurred.

These errors were so significant that IG Horowitz’s report launched an internal Department of Justice audit into the way the FBI applies for warrants to conduct surveillance on U.S. citizens. 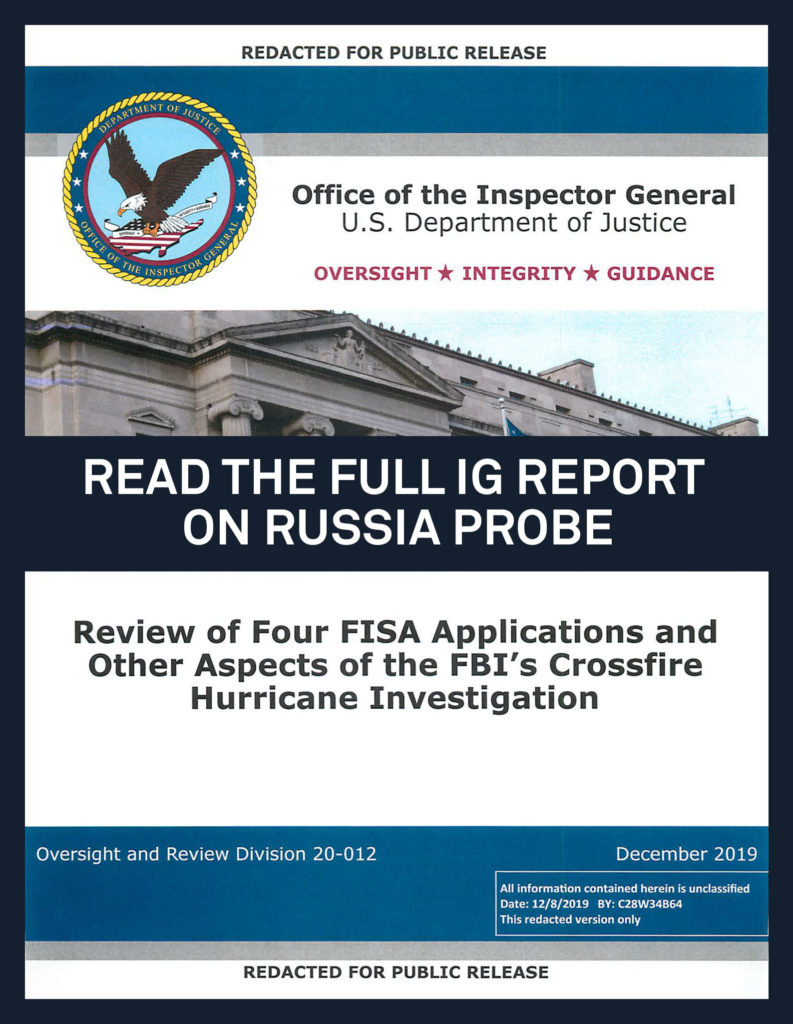 Democrats may file impeachment articles as soon as this week