The General Services Administration has ascertained that President-elect Joe Biden is the “apparent winner” of the Nov. 3 election. President Donald Trump, who had refused to concede the election, said Monday that he is directing his team to cooperate on the transition but is vowing to keep up the fight.

The move clears the way for the start of the transition from Trump’s administration and allows Biden to coordinate with federal agencies on plans for taking over on Jan. 20.

An official said Administrator Emily Murphy made the determination after Trump efforts to subvert the vote failed across battleground states, most recently in Michigan, which certified Biden’s victory Monday. 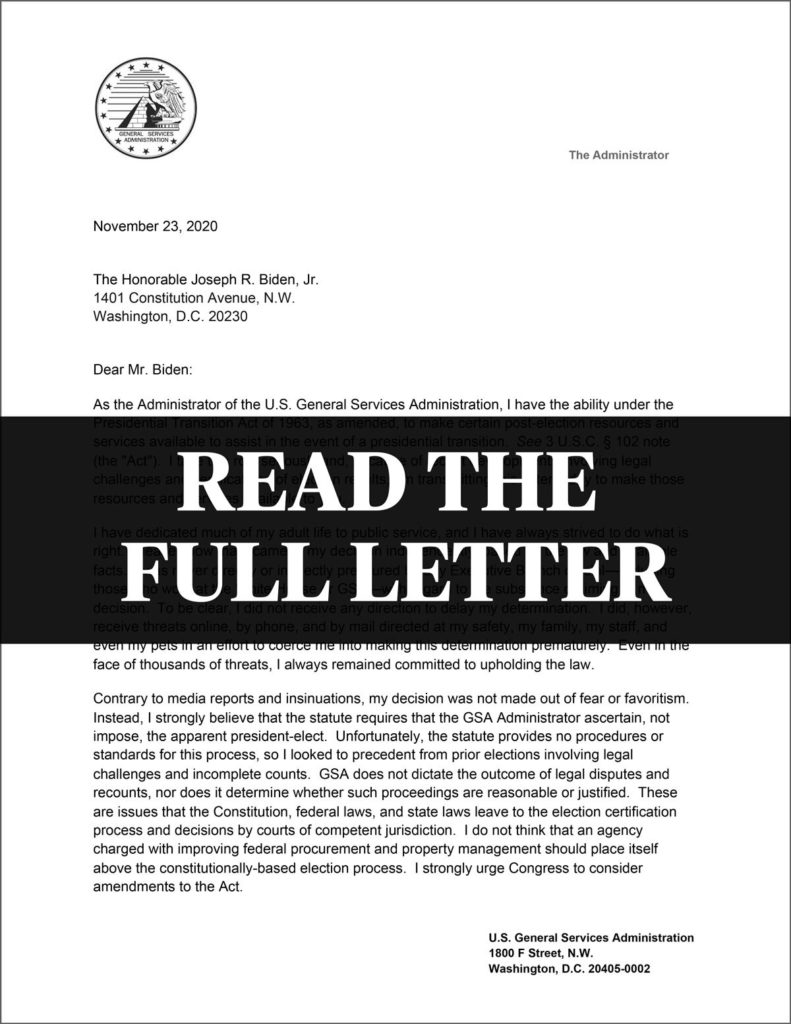