Attorney General William Barr will testify before the House Judiciary Committee Tuesday, July 28 for the first time as the panel examines whether he has inappropriately politicized the Justice Department.

In his prepared remarks, Barr defended his role as upholding an “impartial administration of justice,” and argued that President Donald Trump does not interfere in that process. Barr also refers to the House impeachment inquiry into President Trump as “bogus” and accuses Democrats of “conjuring up a narrative” that as Attorney General, he has disposed of criminal investigations into President Trump.

“The President has not attempted to interfere in these decisions. On the contrary, he has told me from the start that he expects me to exercise my independent judgment to make whatever call I think is right,” Barr said in his prepared remarks. “That is precisely what I have done. From my experience, the President has played a role properly and traditionally played by Presidents. Like his predecessors, President Trump and his National Security Council have appropriately weighed in on law-enforcement decisions that directly implicate national security or foreign policy, because those decisions necessarily involve considerations that transcend typical prosecutorial factors.” 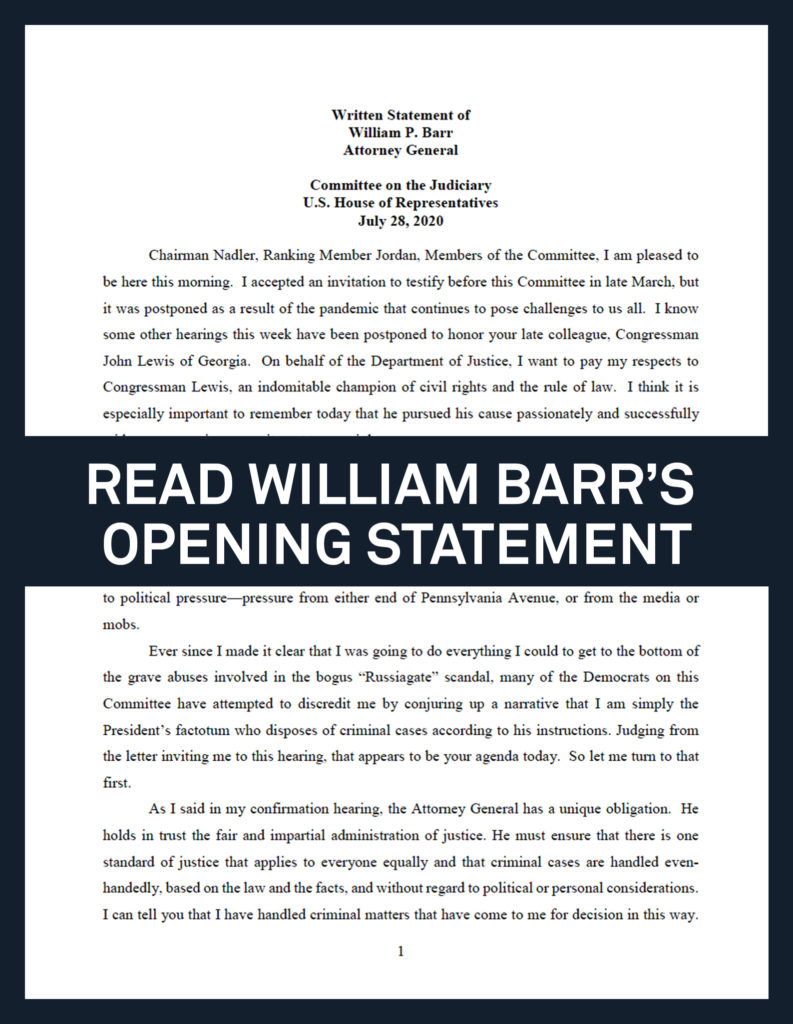