WASHINGTON (AP) — Impeachment ahead, the House on Tuesday will first try to convince the vice president and Cabinet to act even more quickly to remove President Donald Trump from office, warning he is a threat to democracy in the remaining days of his presidency.

House lawmakers are reconvening at the Capitol for the first time since the deadly pro-Trump riot to approve a resolution calling on Vice President Mike Pence to invoke the 25th Amendment to declare the president unable to serve. Pence is not expected to take any such action. The House would next move swiftly to impeach Trump.

“We have to be very tough and very strong right now in defending the Constitution and democracy,” said Rep. Jamie Raskin, D-Md., an author of both pieces of legislation, in an interview.

The House is set to vote on the 25th Amendment resolution late Tuesday evening. The document, which was submitted by Raskin, cites the “massive violent invasion” on the Capitol, as well as Trump’s most recent attempts to interfere with the results of the presidential election, as evidence that he is unfit for office.

Read the resolution calling on Pence to invoke the 25th Amendment. 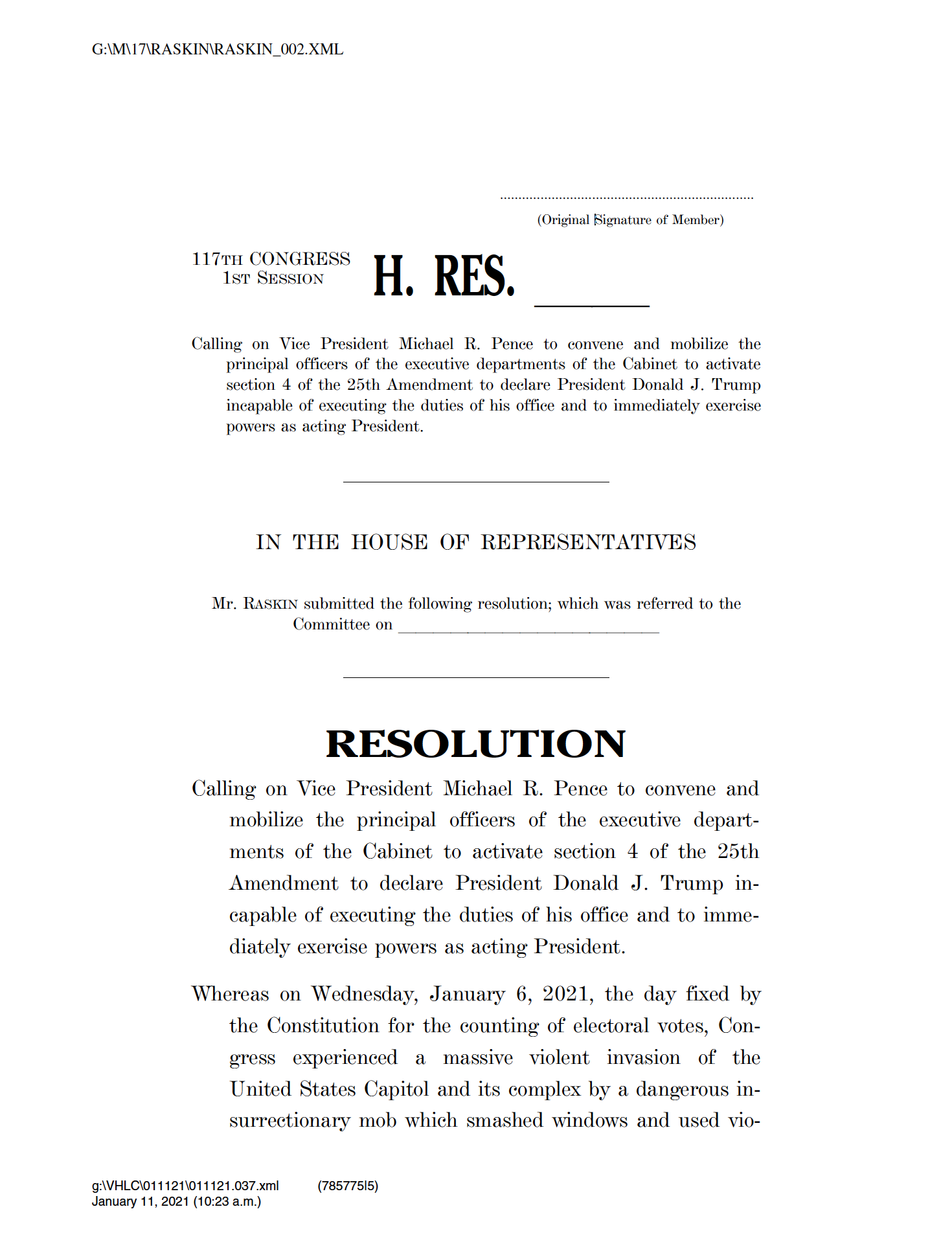 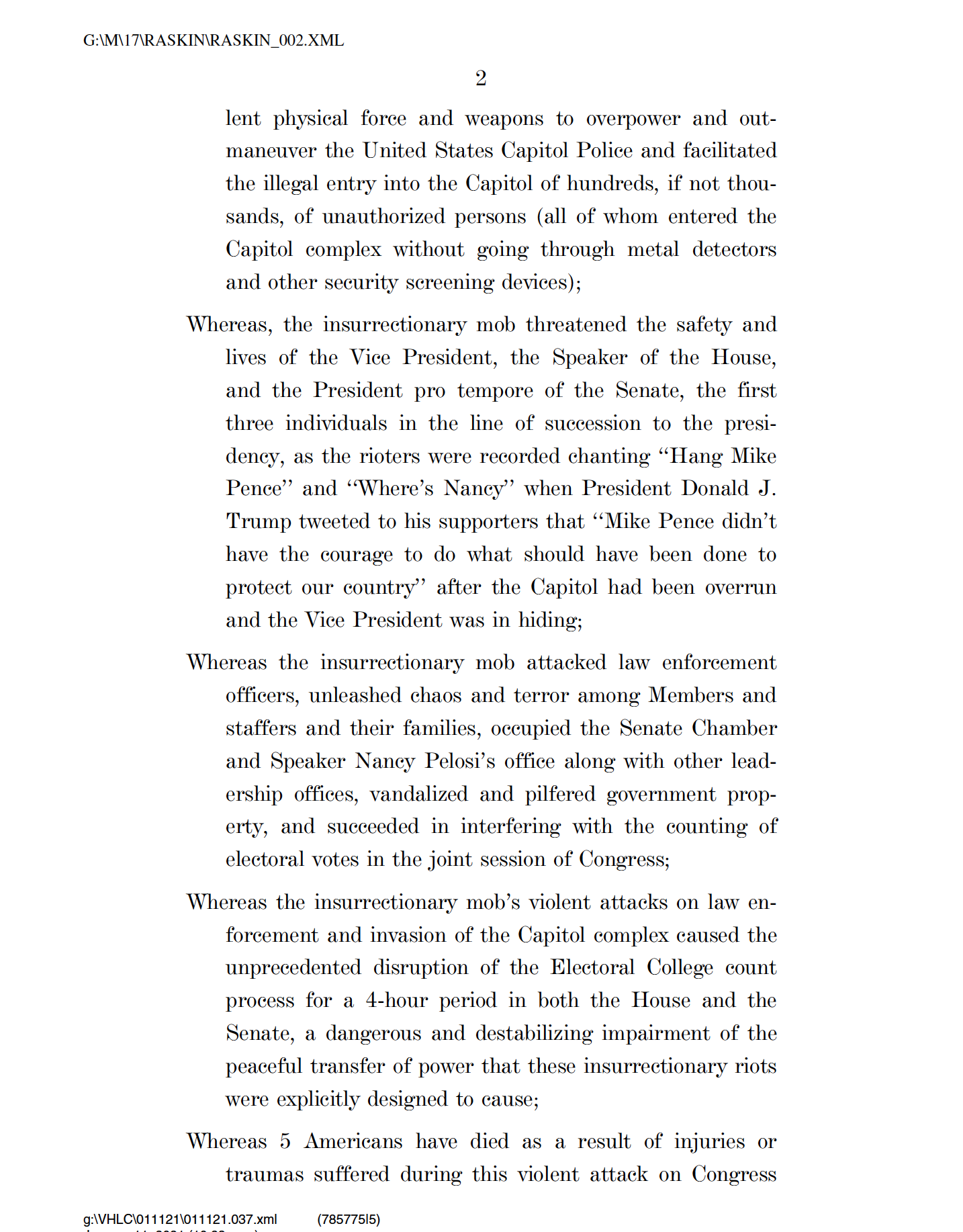 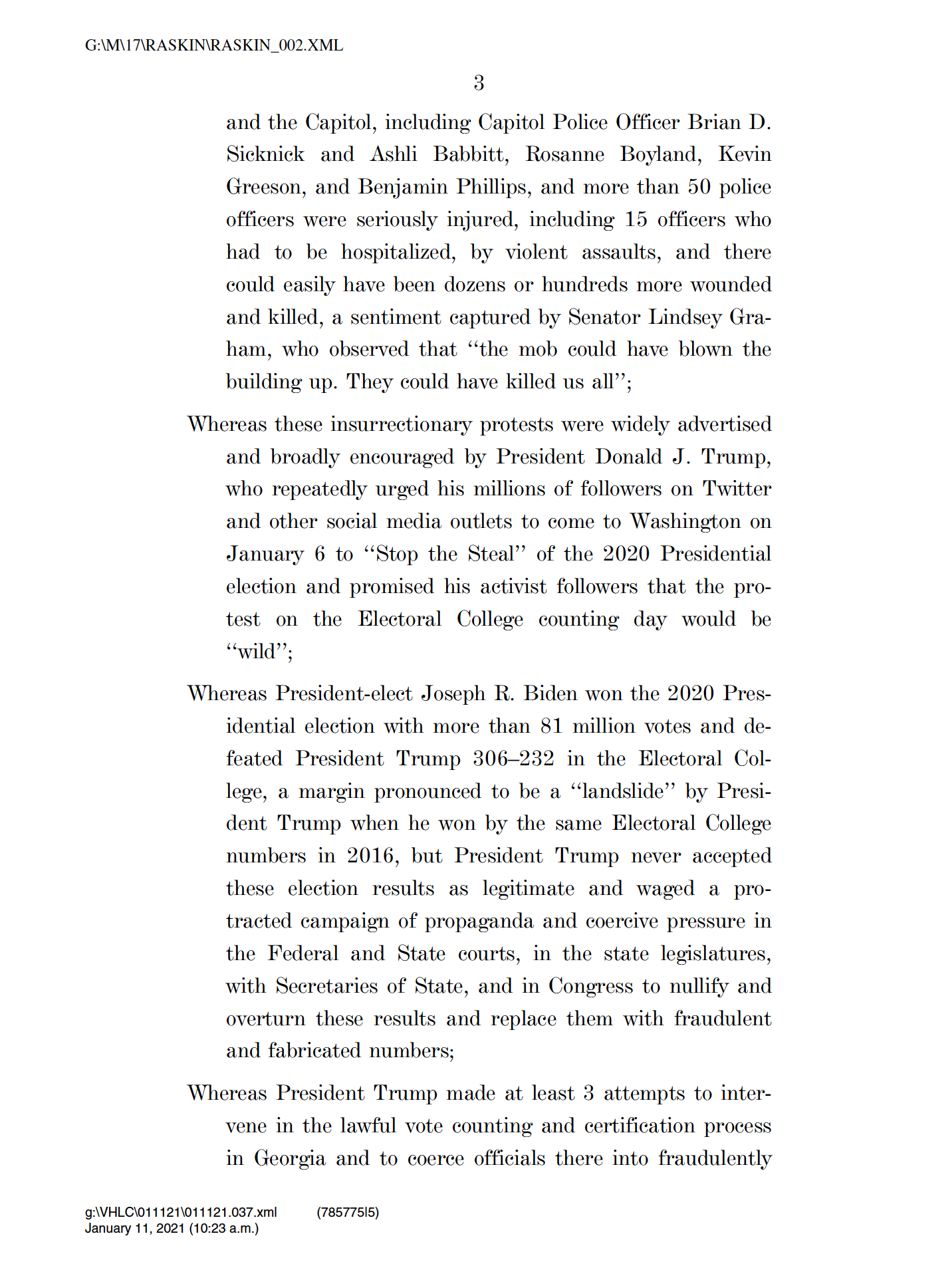 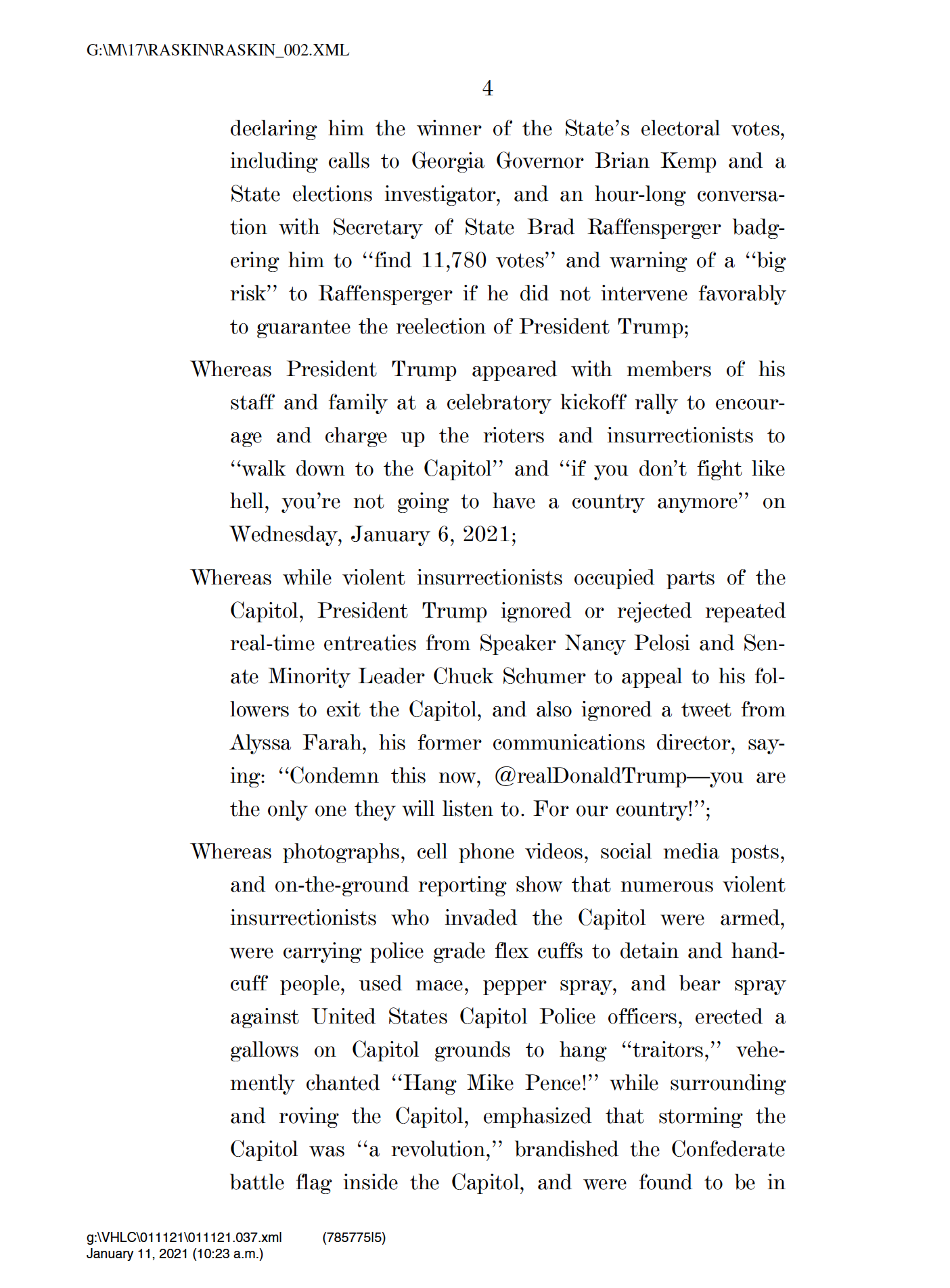 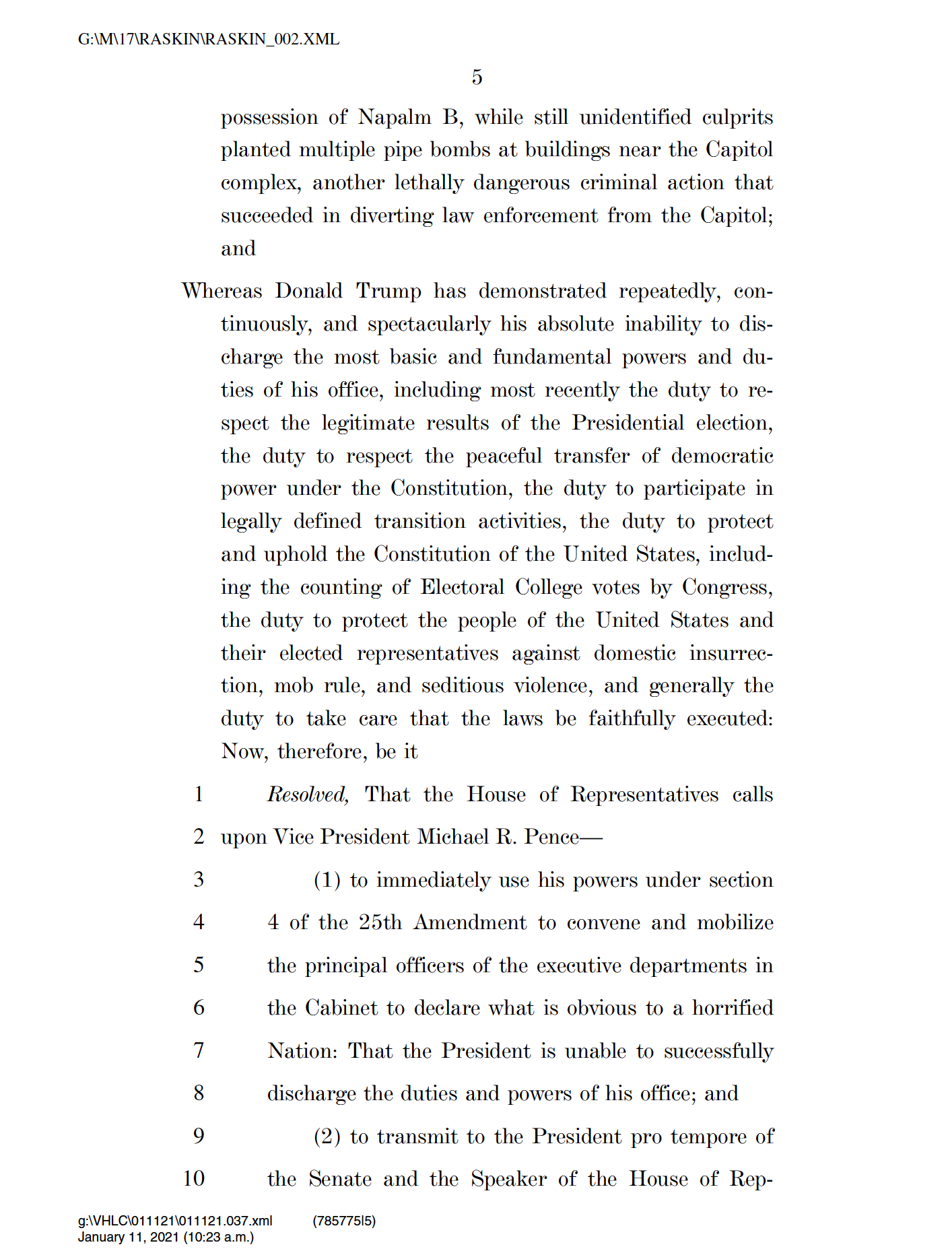 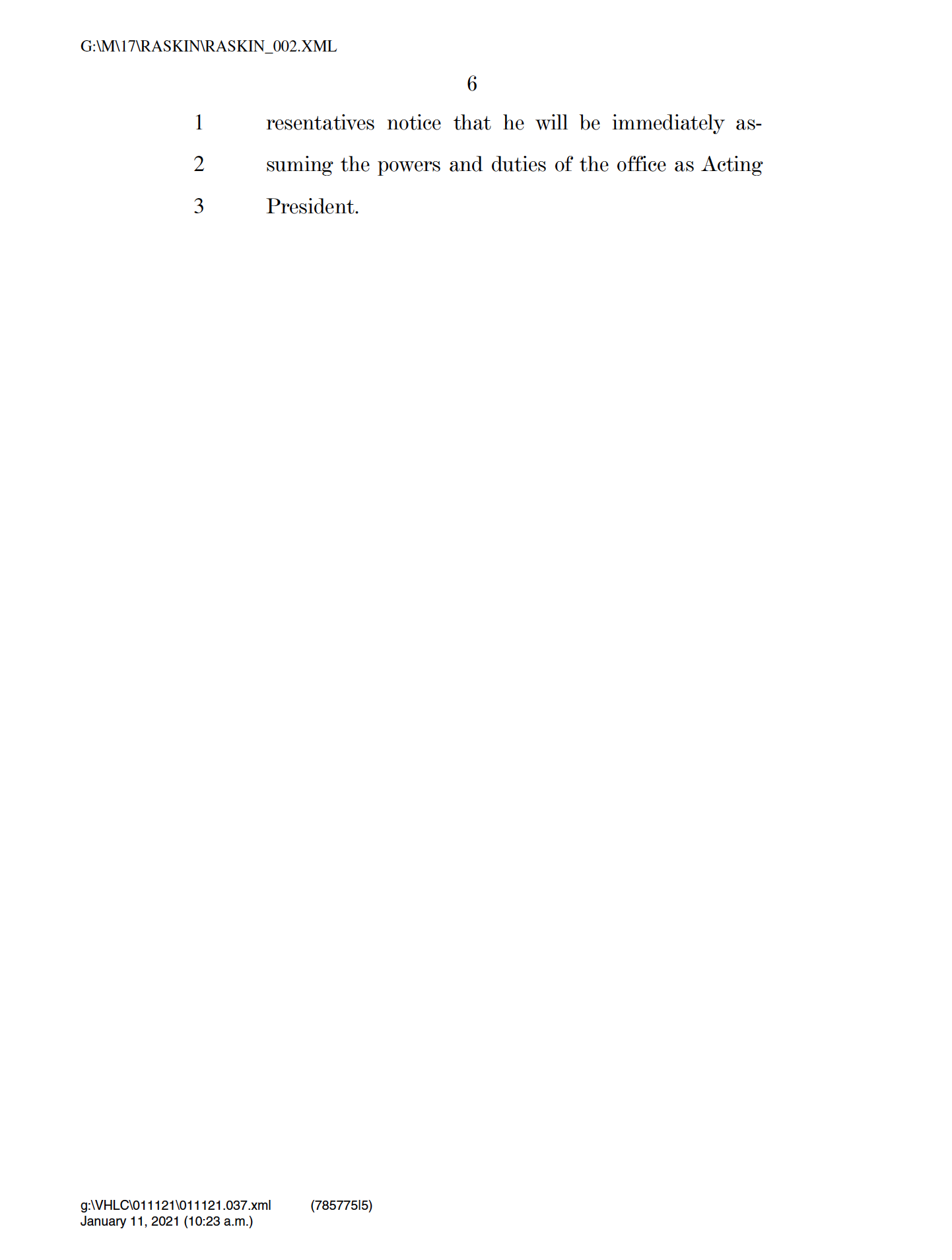