Three House committees have released dozens of texts between U.S. diplomats in Ukraine discussing how to handle a response to President Donald Trump’s demands that the country launch an investigation into Joe Biden’s family.

In the texts, Volker and two other diplomats discuss how to navigate Trump’s requests for the probe into his political rival.

In one exchange, Volker and Ambassador Gordon Sondland discussed a draft statement in which the Ukraine government would announce an investigation into the 2016 U.S. presidential election and into a company whose board Biden’s son served on.

Trump’s pressure on Ukrainian President Volodymyr Zelenskiy is the subject of the House Democrats’ impeachment investigation. 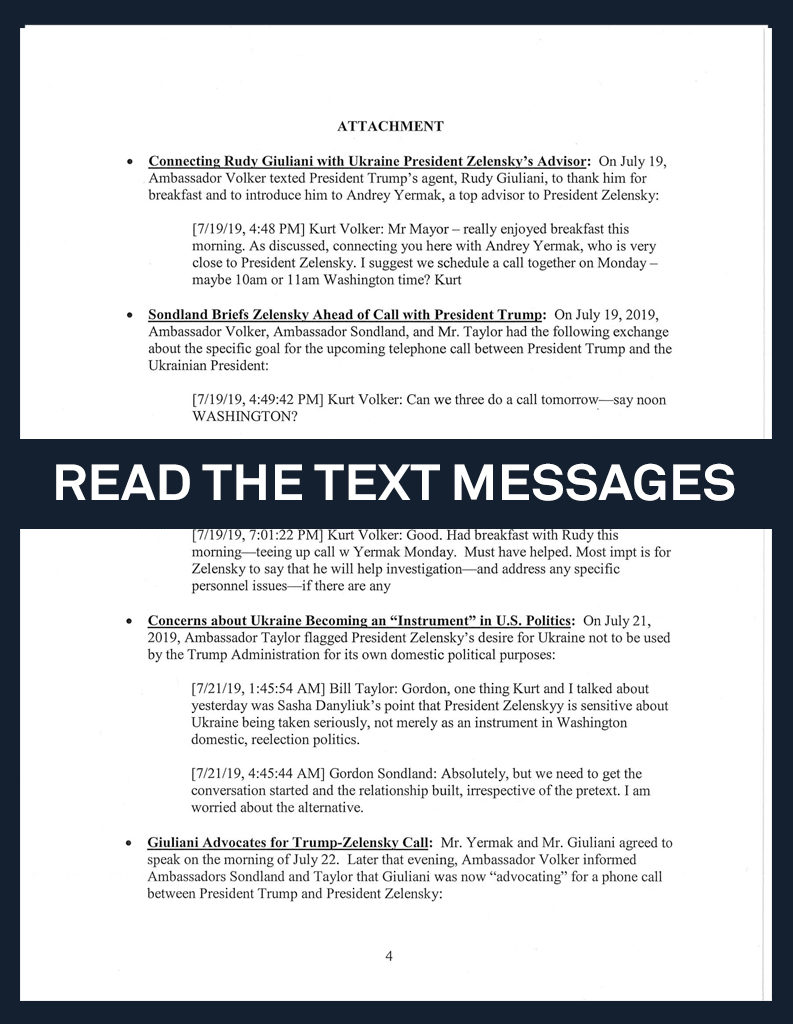 Trump shocks again by encouraging China to investigate the Bidens