The former special envoy to Ukraine, Kurt Volker, on Thursday told House lawmakers about his work with Ukraine, stressing that “at no time was I aware of, or took part in an effort to urge Ukraine to investigate former Vice President Biden.”

According to a copy of the testimony Volker gave to a closed-door meeting of the House Committee on Foreign Affairs and members of the Intelligence and Oversight Committees, released to PBS NewsHour by someone who had seen it, Volker said his role was “entirely focused on advancing U.S. foreign policy goals with respect to Ukraine.” 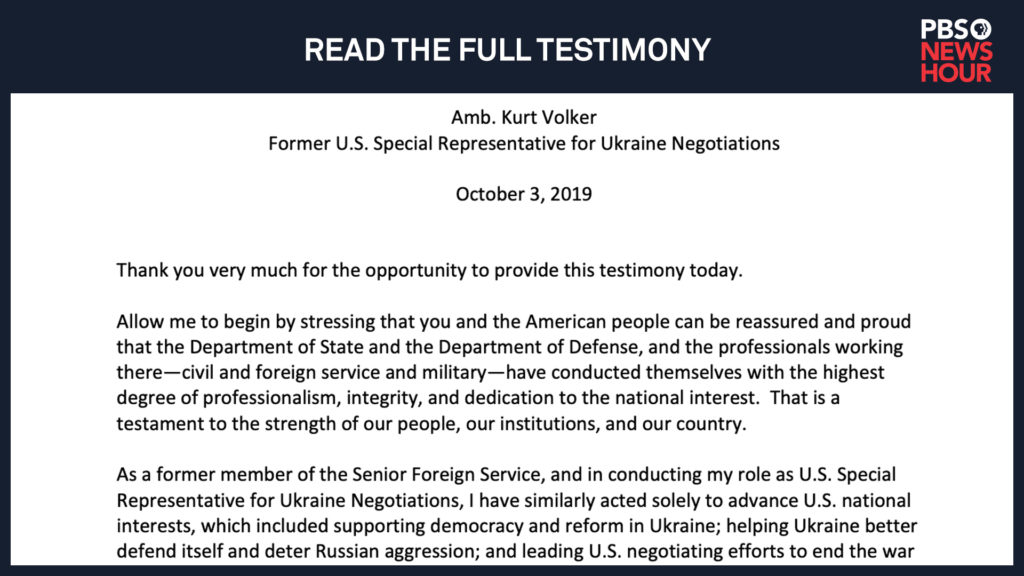 Left: Kurt Volker, U.S. President Donald Trump's former envoy to Ukraine, arrives to be interviewed by staff for three House of Representatives committees as part of the impeachment inquiry into the president's dealings with Ukraine, at the U.S. Capitol in Washington, U.S. October 3, 2019. Photo by Jonathan Ernst/Reuters

Yasmeen Sami Alamiri is the digital news editor for the PBS NewsHour.

Trump is suggesting foreign leaders investigate the Bidens. Is that illegal?