Republican Steve Daines of Montana has won a second Senate term, dealing a blow to Democrats’ hopes of gaining a majority in the chamber.

Daines’ first election in 2014 broke a Democratic lock on the Senate seat that had lasted more than 100 years. After Trump carried Montana by more than 20 percentage points in 2016, Daines emerged as one of the president’s ardent defenders.

Bullock is a two-term Montana governor who entered the race in March after dropping a presidential bid that attracted little support. 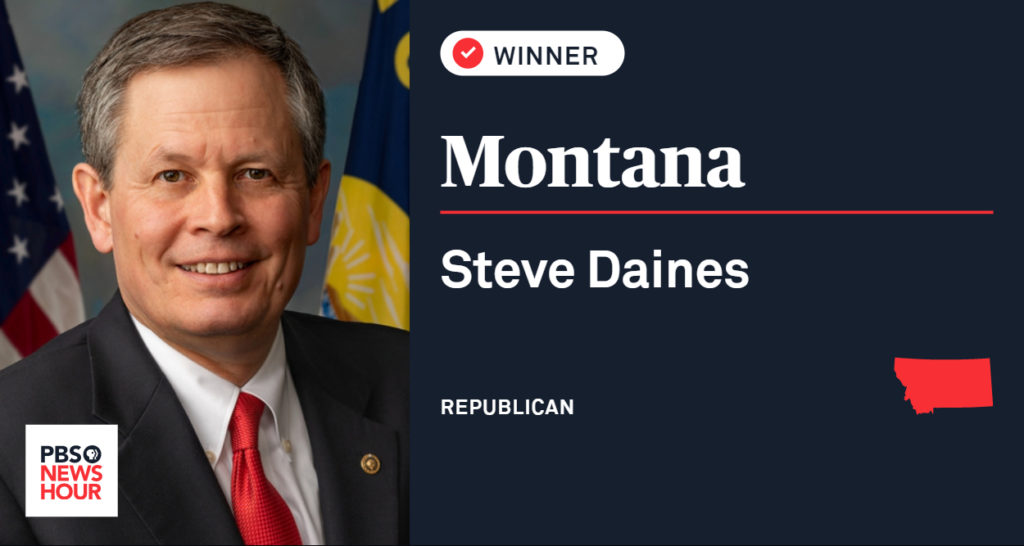 Political groups and the campaigns poured more than $100 million into the contest, a record shattering figure for the sparsely populated state.