The State Department is investigating what appears to be a “prank” after its website suggested President Donald Trump’s term would end Monday evening. 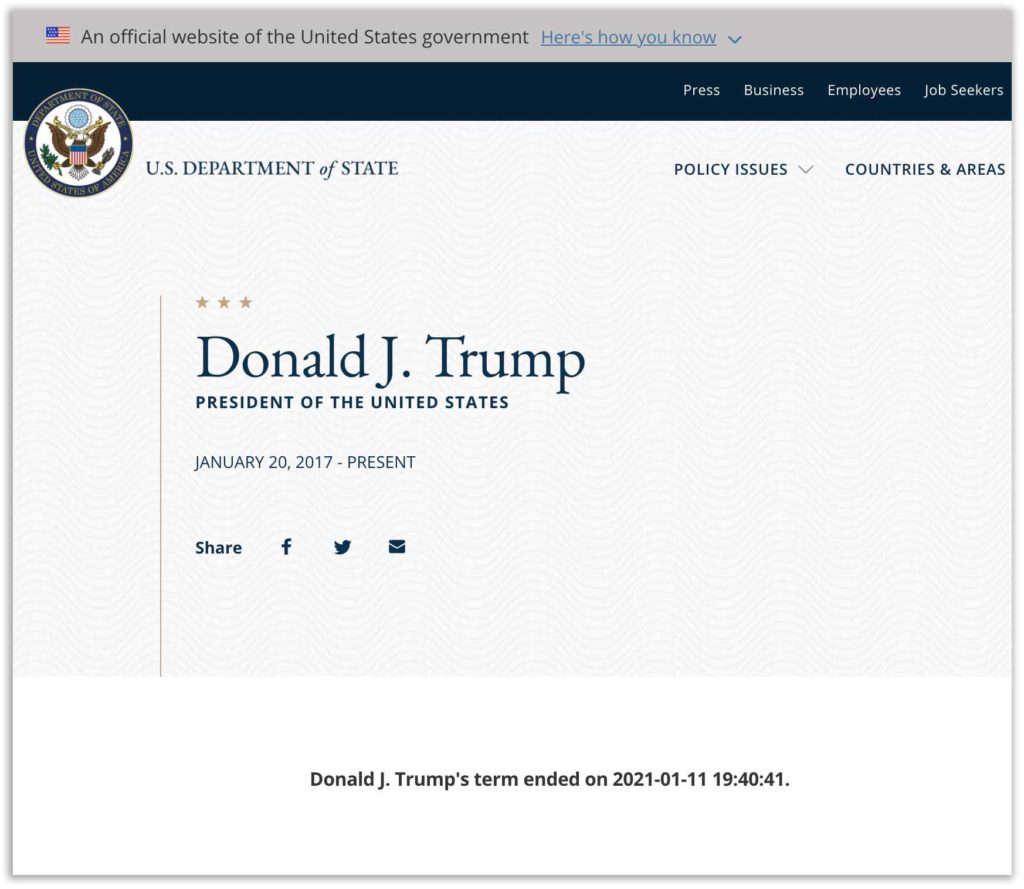 A screenshot of the State Department’s bio for Donald Trump, captured by PBS NewsHour at 3:07 p.m. ET on Monday.

The flub comes as Trump is under growing pressure to resign and as he faces a second impeachment after his supporters stormed the Capitol last week in a bid to halt the certification of Trump’s election defeat to President-elect Joe Biden.

Two people familiar with the incident say the department is investigating exactly how it happened. While the department hasn’t ruled out the prospect that the entry was the work of a disgruntled employee, they have yet to reach any conclusions.

WATCH: Twitter, FB have deplatformed Trump. Is it enough?

The people spoke on condition of anonymity because they were not authorized to discuss it publicly.

The page has since been removed.

Left: U.S. President Donald Trump speaks to the media prior to departing from the South Lawn of the White House in Washington, DC, September 21, 2020, as he travels to Ohio. Photo by SAUL LOEB/AFP via Getty Images

There’s an ongoing battle of words to describe Jan 6, 2021. Here’s why it matters