Trump rejects request to testify at his impeachment trial

Lead impeachment manager Rep. Jamie Raskin, D-Md., sent a letter to the former president’s attorneys on Thursday requesting Trump testify before or during his impeachment trial, which begins next Tuesday. Raskin wrote that Trump’s testimony was necessary after he disputed the “factual allegations” of the House’s Article of Impeachment, which asserts Trump incited an insurrection at the Capitol on January 6. 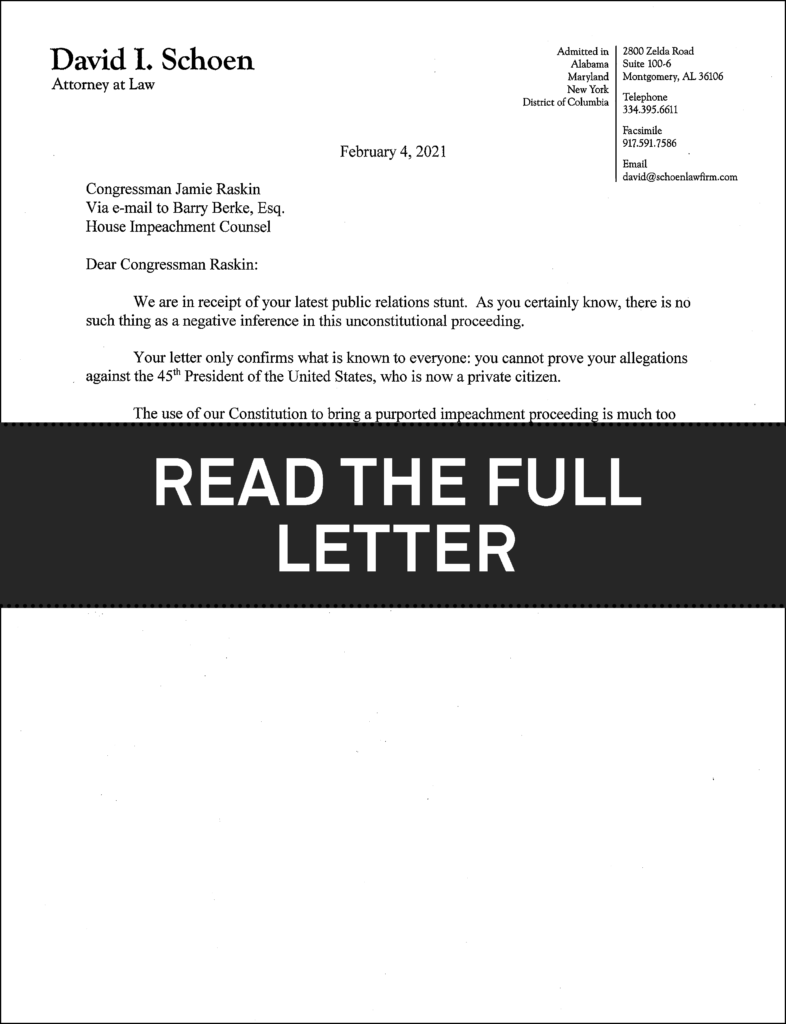 In their reply, Trump attorneys David Schoen and Bill Castor called Raskin’s request a “public relations stunt” and said the letter “only confirms” that the House impeachment managers cannot prove their allegations against the former president.

“The President will not testify in an unconstitutional proceeding,” Trump adviser Jason Miller told the PBS NewsHour.

Trump testifying would give House Democrats the opportunity to question the former president under oath about his involvement in the Capitol attack by a pro-Trump mob, and possibly other topics. Democrats can still try to compel Trump’s testimony with a subpoena.

Left: U.S. President Donald Trump gestures during a rally to contest the certification of the 2020 U.S. presidential election results by the U.S. Congress, in Washington, U.S, January 6, 2021. Photo by Jim Bourg/Reuters.