President Donald Trump won the state of Florida with support from a majority of voters — 55 percent — aged 45 and over, according to preliminary data from AP’s VoteCast survey. He also did better with white voters — at 61 percent — than former Vice President Joe Biden. 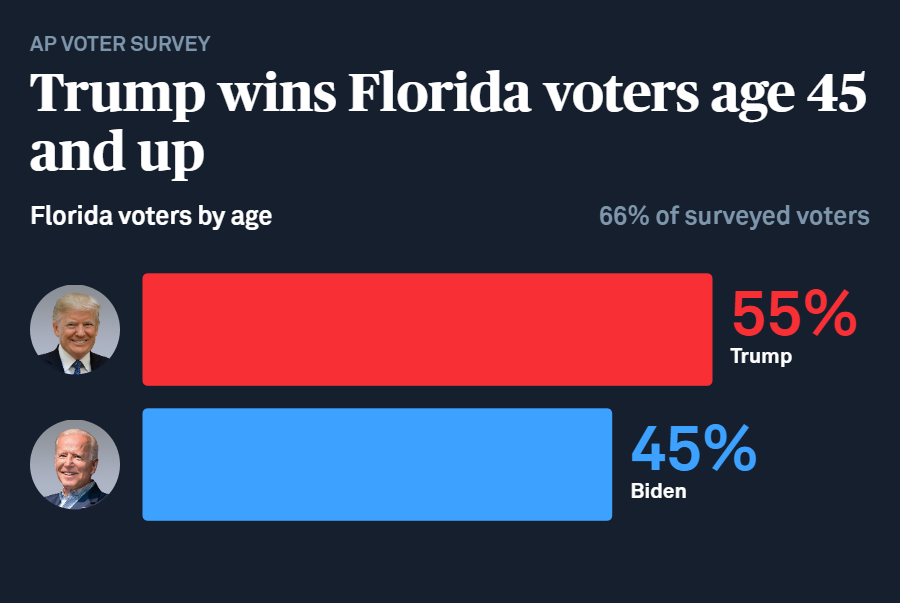 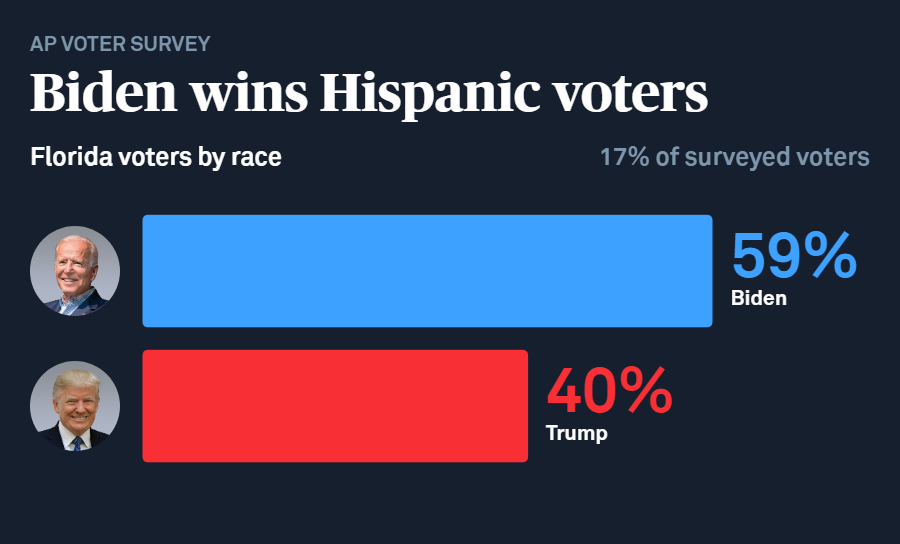 While Biden earned a larger share of the Black vote in Florida than Hillary Clinton did in 2016 — earning 91 percent of African-Americans’ votes — the Democrat had a narrower lead among Latinos in Florida, a diverse demographic group that holds a spectrum of political priorities. Overall, 40 percent of Latinos in the state supported Trump this election.

But a majority of Cuban Americans turned out for Trump, with 52 percent voting for the incumbent candidate. The Trump campaign’s efforts with these Hispanic voters seems to have paid off in areas such as Miami-Dade County, where Biden’s lead was significantly narrower than Clinton’s in 2016.

Left: FILE PHOTO: U.S. President Donald Trump tosses face masks to the crowd as he takes the stage for a campaign rally, his first since being treated for the coronavirus disease (COVID-19), at Orlando Sanford International Airport in Sanford, Florida, U.S., October 12, 2020. REUTERS/Jonathan Ernst/File Photo

Trump, Biden campaign in Florida, which has backed winning candidate for decades