U.S. Postmaster General Louis DeJoy testified before the Senate Homeland Security and Governmental Affairs Committee on Friday about recent changes at the United States Postal Service that have slowed mail delivery and some warn could jeopardize mail-in voting during the 2020 presidential election.

Watch the testimony stream live in the video player above.

The Senate panel wanted to hear from DeJoy amid a series of rapid changes that have slowed delivery of mail across the country. The timing of these sweeping changes has raised suspicions and public outcry that the Trump administration is working to flatten an anticipated wave of mail-in ballots ahead of the presidential election during the coronavirus pandemic.

In an Aug. 18 letter, DeJoy said no further changes would be made to post office retail hours, mail processing equipment and facilities or collection boxes.

“To avoid even the appearance of any impact on election mail, I am suspending these initiatives until after the election is concluded,” he said in the statement. Opponents say this does not reverse changes, or damages, already put into place. 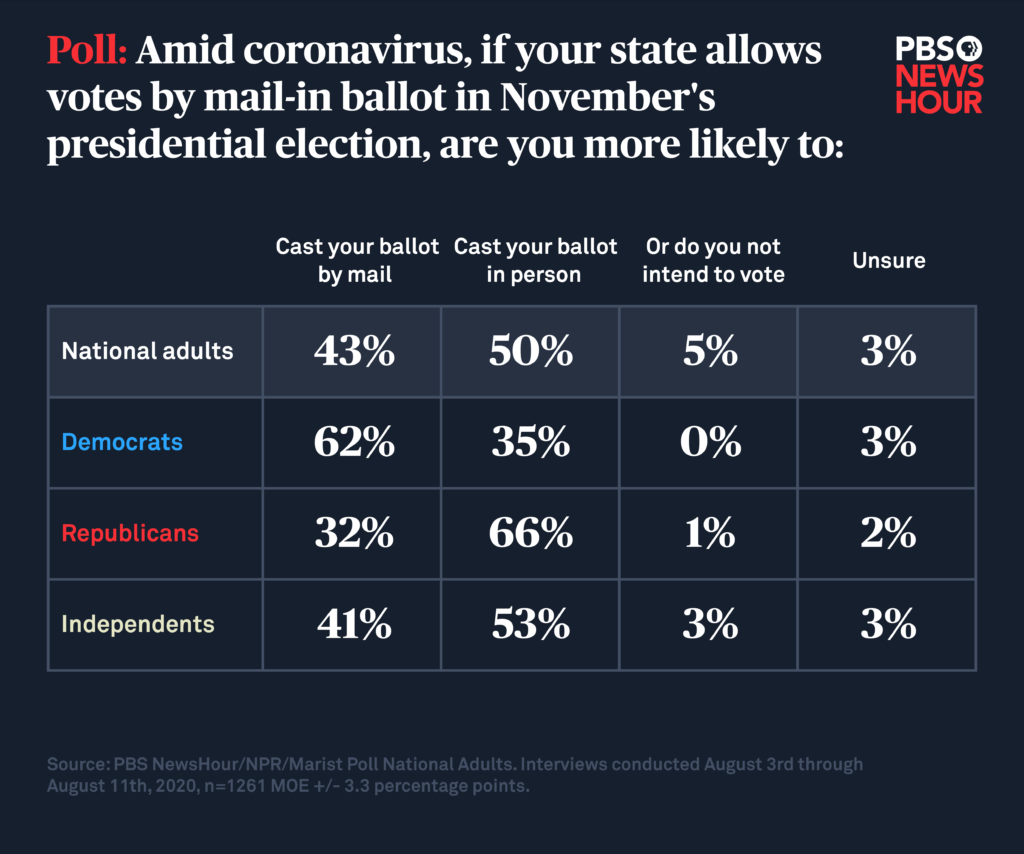 In recent months, President Donald Trump has attacked the use of mail-in ballots. Through his tweets and during his campaign speeches, Trump has tried to cast doubt on this method of voting by claiming it leads to voting fraud. Historically, little evidence has supported this claim. In 2014, Loyola Law School professor Justin Levitt wrote in the Washington Post that out of 1 billion ballots cast between 2000 and 2014, he uncovered 31 examples of possible voter fraud.

Some states use “drop boxes” for the collection of Universal Mail-In Ballots. So who is going to “collect” the Ballots, and what might be done to them prior to tabulation? A Rigged Election? So bad for our Country. Only Absentee Ballots acceptable!

Critics have accused the president, who also tweeted, “SAVE THE POSTAL SERVICE!,” that he is withholding the very money that would keep the nation’s mail delivery system afloat.

“If we don’t make a deal, that means they don’t get the money,” Trump said during an Aug. 13 interview on Fox News. “That means they can’t have universal mail-in voting; they just can’t have it.”