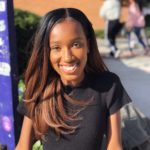 What does Amy Klobuchar believe? Where the candidate stands on 5 issues

Amy Klobuchar is a three-term U.S. senator from Minnesota, a former county prosecutor, and a mom whose hospital experience after giving birth sparked new laws and her political career.

A Democrat who represents a purplish state, Klobuchar describes herself as “Minnesota nice.” She was raised in the suburbs by a mother who was a school teacher, and the family struggled due to the alcoholism of her journalist father. Klobuchar made headlines last year for her measured response to fellow Yale graduate Brett Kavanaugh during his confirmation hearings for the Supreme Court, but previously rose to internet fame with a viral selfie. She’s also won raves for her stand-up comedy, and in 1988, was profiled as Ms. Skyway News.

Here is where Amy Klobuchar stands on five issues.

Klobuchar wants to meet the goals of the U.N. panel on climate change: cut greenhouse gases by 45 percent by 2030, and increase renewable energy by up to 47 percent by 2050. She has not given specifics recently on how she would achieve those goals. But in 2008, Klobuchar pushed for a bill to cut emissions 70 percent by the year 2050 via a cap-and-trade market system.

Klobuchar would also rejoin the Paris accord and push to set national guidelines to boost renewable fuel use.

Klobuchar would like to expand Medicare to include Americans age 55 and older, and possibly more. Klobuchar has said her rivals’ plans to achieve universal health care through “Medicare for All” are too expensive and unrealistic.

Lowering drug prices has also been a policy focus for Klobuchar; she introduced a bill to allow Medicare to directly negotiate prices, and co-authored a bill with Sen. Chuck Grassley, R-Iowa, to speed up the availability of generic versions of high-cost drugs.

Immigration: Path to citizenship for most undocumented immigrants. More temporary work visas. Do not abolish ICE.

Most undocumented immigrants would get a legal status and path to citizenship under plans Klobuchar has supported, including the 2013 immigration bill passed by the Senate. She has also said she would increase legal immigration, with a focus on increasing the number of temporary work visas available. Klobuchar would reform U.S. Immigration and Customs Enforcement, but would not abolish the agency.

Social issues: Believes abortion is between a woman and her doctor. Supports LGBTQ rights.

Klobuchar views abortion as a decision between a woman and her doctor. In 2006, Klobuchar said that “we need to start talking about common ground, and about reducing the number of abortions — making them safe and making them rare.” Klobuchar co-sponsored the Women’s Health Protection Act. The legislation prohibits states from setting restrictions on abortion.

When it comes to the LGBTQ community, Klobuchar has said discrimination is “bad for business.” In a 2013 report, Klobuchar detailed how LGBTQ discrimination doesn’t just hold moral implications, but can damage the economy as well.

Klobuchar opposed President’s Donald Trump’s decision to withdraw troops from Syria. Earlier this month, Klobuchar highlighted her opposition by voting in favor of bipartisan legislation that rebuked Trump’s position. At the time of the vote, all the senators who had already announced they were running in 2020 or had declared their intention to run voted against the bill.

Klobuchar also introduced the Honest Ads Act with former Arizona Sen. John McCain and Sen. Mark Warner, D-Va., in response to Russia’s meddling in the 2016 presidential election. The bill requires advertisement buys and publishers to publicly disclose information about the ad in order to ensure transparency and accountability.

Left: U.S. Senator Amy Klobuchar, D-Minn., has announced she is running for president. Here's a look at her beliefs. REUTERS/Chris Wattie