When Trump says ‘fake news,’ this is what supporters say they hear

FORT MYERS, Fla. – As he kicked off a final weeklong push for Republicans ahead of the 2018 midterms, President Donald Trump returned to a familiar foe: the media.

Trump reprised some of his favorite attacks Wednesday before a crowd of supporters outside of Fort Myers, calling the media “fake” and the “enemy of the people” during an extended rant at the start of a speech aimed at boosting turnout for the state’s Republican senate and gubernatorial candidates — both trailing their Democratic opponents in the polls a week out from Election Day.

The remarks signaled that Trump’s criticism of the press, which has been a running theme in this year’s elections, would remain front and center in the last stretch of the midterms.

“I never considered the news being fake until Trump became president.”

His supporters agreed, responding with the “CNN sucks!” chant that has become a Trump rally staple.

Afterwards, when asked to reflect on the president’s criticism of the press and how it influenced their own perspective, many supporters said they had come around to Trump’s point of view after listening to him attack the media for the better part of the last two years.

“I never considered the news being fake until Trump became president,” said Jean Feaser, a retired factory worker from Punta Gorda who attended the rally. 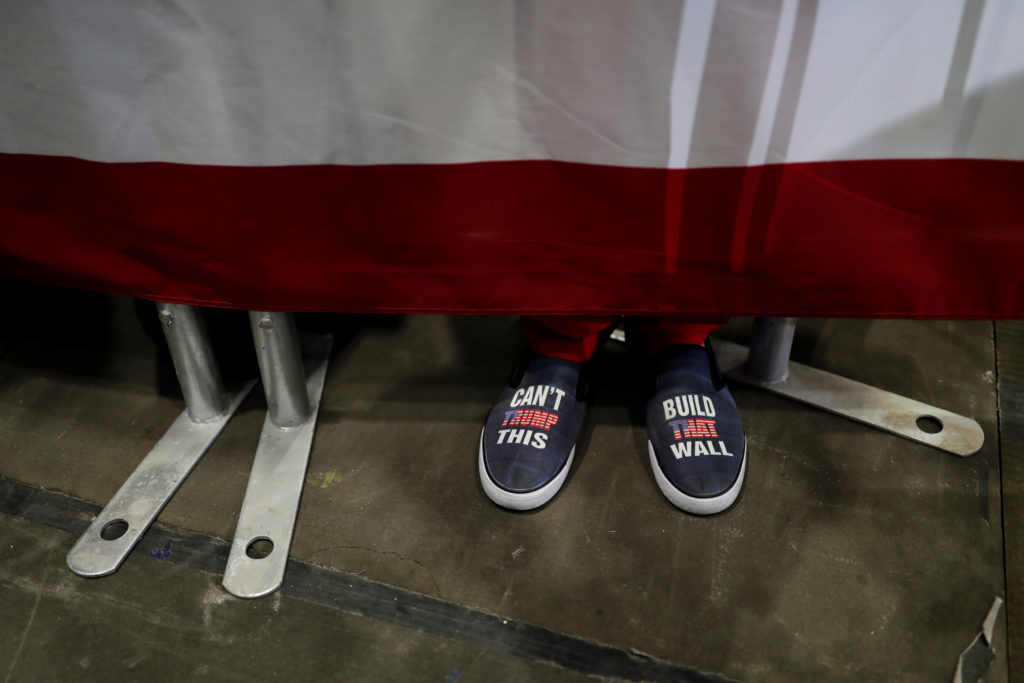 Feaser said her main source of frustration was a sense that the media doesn’t cover Trump’s successes in office, a complaint frequently echoed by the president and press secretary Sarah Huckabee Sanders.

“They won’t give him credit for anything, and our country is in the best situation it’s been in,” Feaser said.

The issue of fairness and balance came up repeatedly among Trump supporters at the Hertz Arena in Estero, Florida, where they expressed anger at the media for in their view not painting the president in a positive light.

“The media is so negative against our president,” said Josh Padgette, the manager of a Dunkin’ Donuts, who drove more than two hours to see Trump speak. “If the president needs to be called out I’m all for it. But it has to be fair.”

READ MORE: This Florida county went big for Trump. Will it help the GOP win 2018?

There seemed to be less agreement on the meaning of “Fake News,” a term Trump uses frequently to criticize the press.

Some used it as a catchall phrase to criticize news organizations like CNN, which has often born the brunt of Trump’s attacks on the media. Last week, law enforcement authorities arrested a man suspected for sending bombs to several prominent Democratic figures, including to one in the care of CNN. The bomb threat was the latest example of animosity toward the press that has sometimes become violent, including a recent newsroom shooting in Maryland that left several people dead.

Still, other Trump supporters said they didn’t question the legitimacy of mainstream news, and acknowledged that Trump’s “Fake News” branding was simply an effective political message.

“It’s a term that people can understand,” said Pam Franco, 58, a retiree who lives in Cape Coral. She added that regardless of what the president said, her frustration with the media wasn’t personal. “We do appreciate what you do. We know it’s tough.”

Kevin Cooper, 25, said for him the idea of “fake” news had more to do with framing than anything else. “It doesn’t mean it’s always a hundred percent fake,” said Cooper, who lives in the Miami area. “But the way they frame it is fake.”

There was also disagreement about who was to blame for Trump’s often tense relationship with the press, and what should be done about it.

“There’s a lot of rhetoric that needs to get toned down on both sides,” Franco said.

Cooper argued that Trump couldn’t be held responsible for supporters who distrust the media. “It’s just the unfortunate reality of the political climate we’re in.”

He said that he planned to consume news coverage of the rally he had just attended as soon as he got home. Cooper said he would first read the news in his Facebook feed. After that, he said he would likely flip back and forth between CNN and Fox, to see how each network framed the event.

How Florida voters are thinking ahead of Election Day