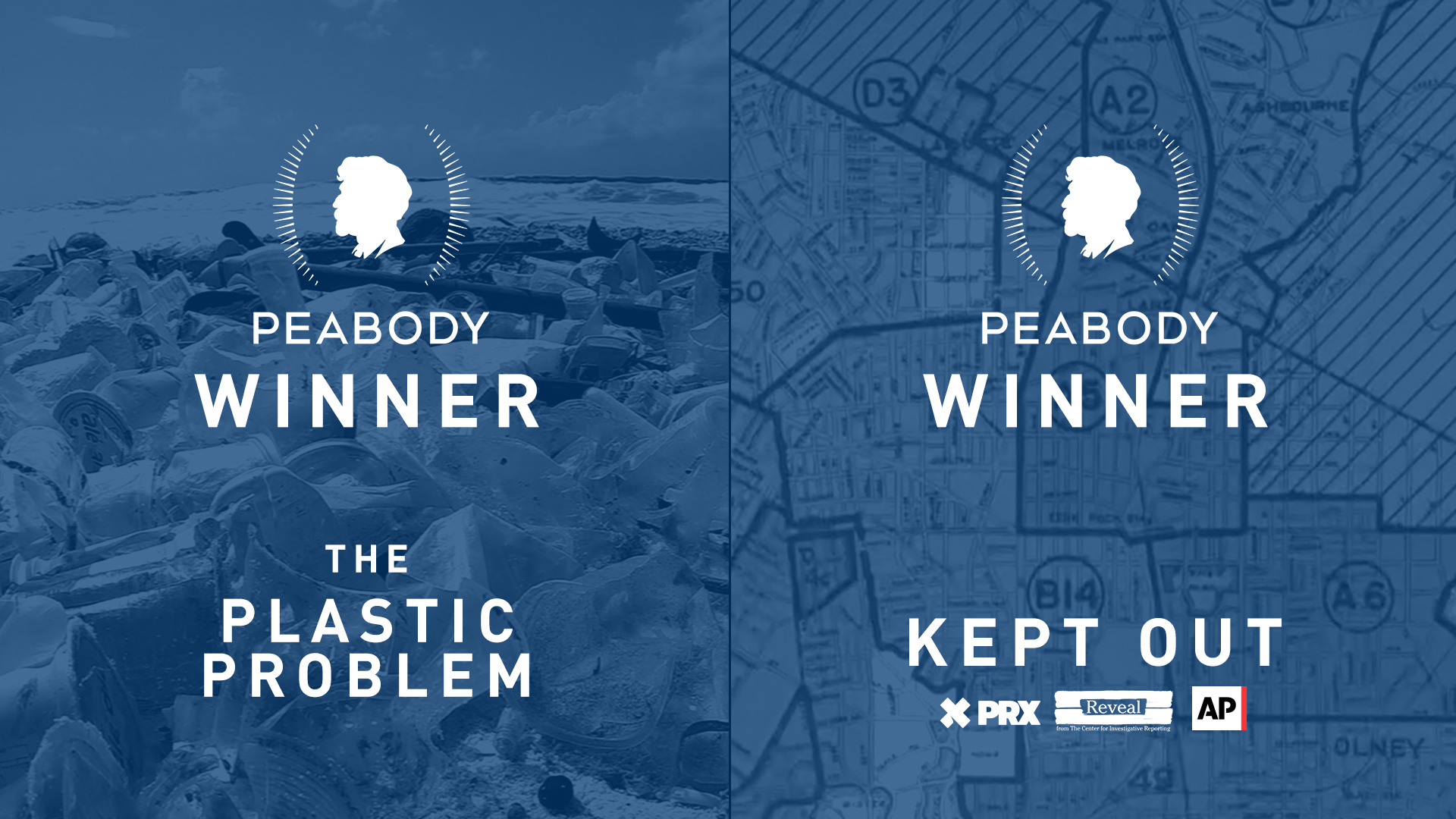 ARLINGTON, VA (April 23, 2019) — PBS NewsHour today was named the recipient of two George Foster Peabody Awards for its 2018 series “The Plastic Problem” and “Kept Out,” produced in partnership with Reveal, the Associated Press, and PRX. Both were selected from 1,200 entries as the best in television, radio, podcasting and web content in 2018.

NewsHour’s series “Inside Yemen,” an on-the-ground examination of the deadly humanitarian crisis in Yemen, and “On the Fire Line,” an investigation into a longstanding culture of harassment and assault in the ranks of the U.S. Forest Service, were among this year’s 60 Peabody Award nominees.

The 78th annual Peabody Awards will be presented May 18, 2019 in New York City and are administered by the Grady College of Journalism and Mass Communication at the University of Georgia.

With supplemental online and social components, five-part series “The Plastic Problem” dove deep into an issue largely unexplored in the current media landscape: What’s being done about our extensive appetite for damaging single-use plastic.

Forty percent of all plastic products — water bottles, bags, straws and utensils — are used only once, and today plastic pollution is considered one of the largest environmental threats facing humans and animals globally. In the United States, less than 10 percent of that waste is recycled; in Europe, it’s just 30 percent. As much as 14 million tons have flowed into our oceans, while landfills are clogged with the virtually indestructible material.

Traveling from Boston to Seattle — and reporting from the Pacific shores of Costa Rica to the rocky beaches of Easter Island — NewsHour’s reporting team uncovered not only the extensive environmental damage plastic has already caused, but also innovations and solutions in plastic management.

“We are deeply humbled and honored that the Peabody judges selected ‘The Plastics Problem’ for this prestigious recognition,” said Sara Just, NewsHour executive producer and a WETA SVP. “This was a project that included contributions from across our newsroom and challenged us to think about how to present a familiar concern in fresh ways that would grab the audience’s attention.”

“Kept Out” — a Reveal, Associated Press, PRX and NewsHour investigative reporting partnership — uncovered the denial of home-related mortgages to people of color, also known as redlining. NewsHour’s reports, which aired in February 2018, focused on home-related loans for individuals in Philadelphia. “Kept Out” was based on a year-long analysis of 31 million mortgage records. It found that in 61 cities across America people of color were more likely to be turned down for a loan even when they made the same amount of money, and wanted to buy in the same neighborhood, as their white counterparts.

“We are also so proud to be honored with our long time colleagues at Reveal as well as the AP and PRX for the work on ‘Kept Out.’ It is this kind of investigative journalism, exposing systemic racism, that makes us all see the power that journalism has to effect change,” Just added.

“Kept Out” also aired as an hour-long radio documentary on Reveal’s radio program and podcast. The Associated Press partnered on the data analysis, and distributed a series of print stories to its members along with customized local data about lending disparities in each market. More than 25 newspapers, including the Detroit News, Tulsa World, and Virginian Pilot, ran the story on the front page.