9 ways the Arctic and oceans are in ‘unprecedented’ trouble, according to latest IPCC report

Whether frozen or fluid, some of the largest and most impactful bodies of water on this planet — oceans, glaciers and ice sheets — are experiencing “unprecedented” changes because of global warming.

That’s the takeaway from the “Special Report on the ocean and cryosphere in a changing climate,” released Wednesday by the United Nations. Prepared by the U.N.’s Intergovernmental Panel on Climate Change, the report outlines nine severe ways that the cryosphere — all the frozen water on the planet — and the ocean, are struggling under the burden of global warming.

While melting in the Arctic and Antarctic remain a concern, the findings highlight the dangers of glacier loss on mountainsides, including in places like the Hindu Kush Himalayas, European Alps, the tropical Andes and Indonesia, which may threaten the more than half a billion people who live in those regions. A similar number of people live in low-lying coastal regions across the globe and face displacement due to melting ice and rising seas.

“The ocean and the cryosphere are critical for all life on Earth,” Hoesung Lee, chair of the IPCC, said Wednesday at a press conference at the Oceanographic Museum of Monaco. “If we reduce emissions sharply, consequences for people and their livelihoods will still be challenging, but potentially more manageable for those who are most vulnerable.”

Mountainside and polar communities, which contain large indigenous populations, have experienced declines in their “food security, water resources, water quality, livelihoods, health and well-being, infrastructure, transportation, tourism and recreation” since the 1950s because of global warming, according to the report. 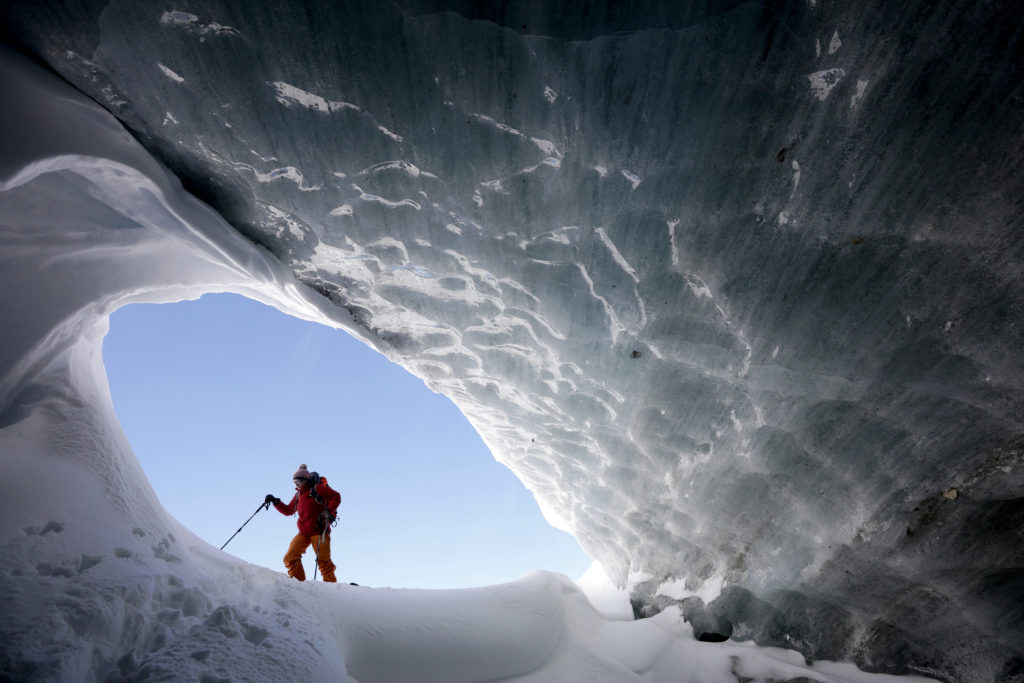 Glaciologist Andrea Fischer from the Austrian Institute for Interdisciplinary Mountain Research, walks at the entrance of an ice cave of Jamtalferner glacier near Galtuer, Austria, February 18, 2019. Photo by REUTERS/Lisi Niesner

Humans aren’t the only ones dealing with this transition — climbing temperatures in polar and mountain regions means the expansion of non-native species, leading to the endangerment and extinction of wildlife that need colder temperatures to survive. The special report predicts that wildfires across the Arctic and northern expanses will increase significantly for the rest of the century.

Along this vein, the temperature of permafrost — a frozen layer of soil and earth that covers a quarter of the Northern Hemisphere — has reached record highs. Widespread thaw of permafrost, which holds double the amount of carbon currently in the atmosphere, is now projected to occur this century, regardless of human attempts to curb carbon emissions.

“The report highlights what is already ongoing, that is already in many places unprecedented,” said Valérie Masson-Delmotte, co-chair of the IPCC’s Working Group I. “And it highlights the scale of escalating change that could happen but will depend strongly on emissions of greenhouse gases in the next decades.” 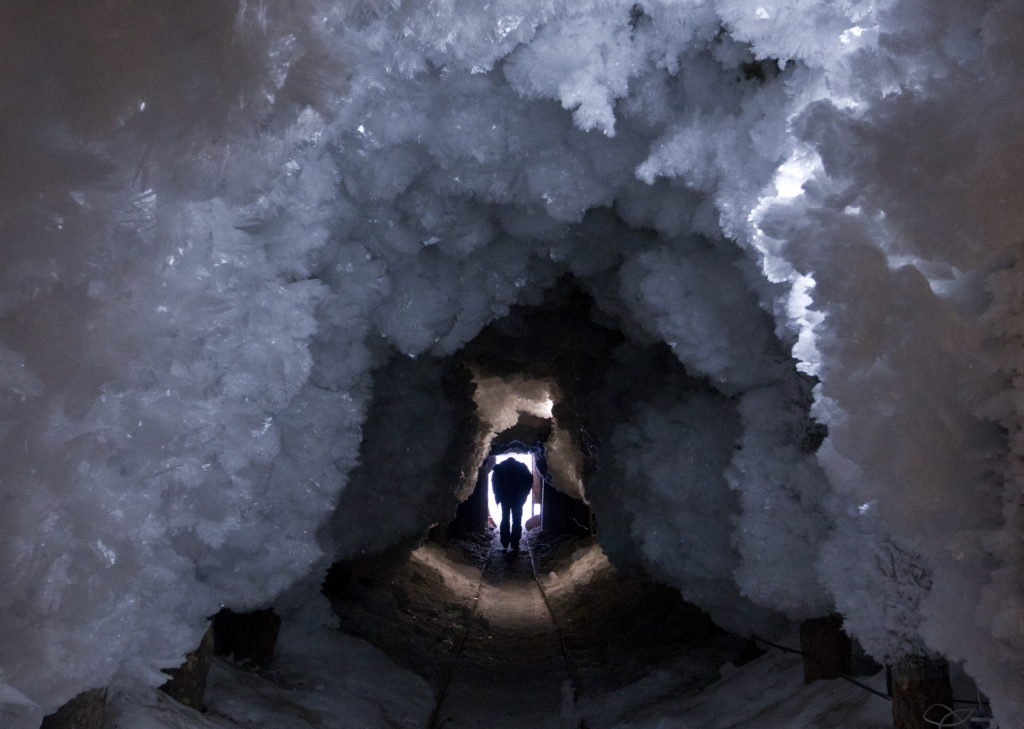 A man walks through a tunnel formed from crystals of permafrost outside the village of Tomtor in the Oymyakon valley in northeast Russia, January 28, 2013. The thickness of permafrost can range from three feet to several thousand feet depending on the location. Photo by REUTERS/Maxim Shemetov

A quarter of the Earth’s permafrost is expected to thaw by 2100 even if climate goals are met. And if business continues as usual with fossil fuel energy consumption and other carbon emitting activities like agriculture, this will more than double the amount of carbon in the atmosphere.

Oceans across the globe aren’t faring much better because seas have become a heat sponge, according to the report. The scientists state that global oceans have absorbed 90 percent of the excess heat generated around the world over the last 50 years.

As a result, they posit with a very high confidence that marine heatwaves have doubled since 1982.

Warm water corals, such as those in the Great Barrier Reef, are already at risk and dealing with outcomes like bleaching and dissolving skeletons. 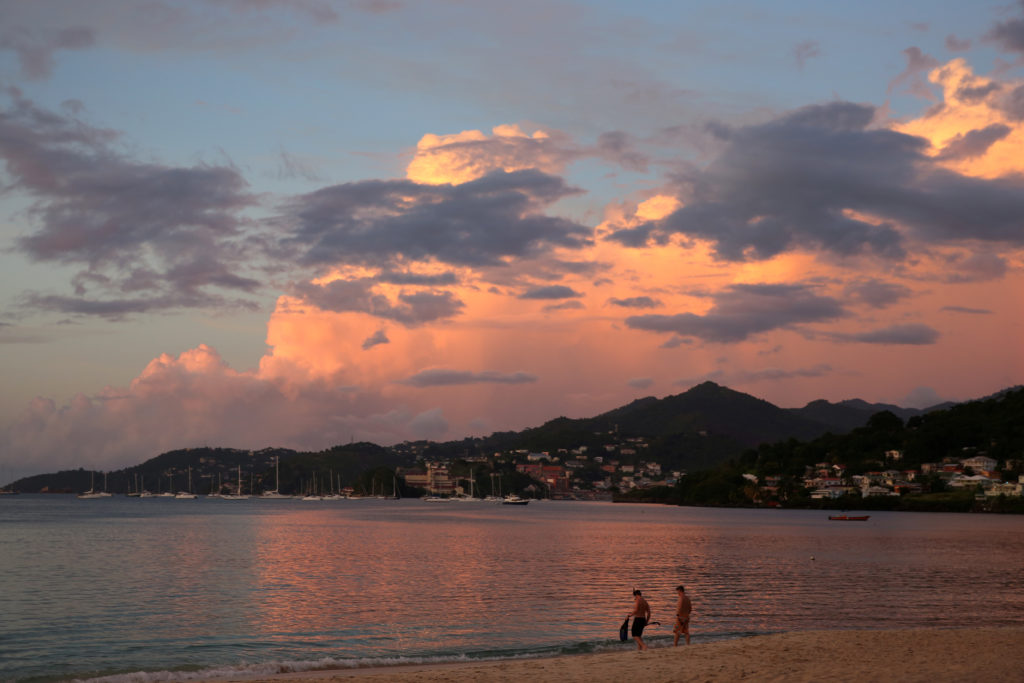 Divers walk into the water of the Caribbean Sea at Grand Anse Beach in St. George’s, Grenada, November 27, 2016. Photo by REUTERS/Carlo Allegri

This heat is also enhancing ocean stratification, meaning the ocean’s many layers are struggling to mix. This effect impairs the flow of oxygen into the ocean, contributing to choked pockets of ocean called dead zones. Those dead zones are being reinforced by algal blooms, which are expanding their habitat due to ocean warming.

The oceans are soaking up carbon dioxide as well, perpetuating ocean acidification. Oxygen levels in the top half mile of the Earth’s oceans have also dropped up to 3 percent in some places, according to the report. If these trends continue, the IPCC expects sizeable declines in the marine food web, which supports the livelihoods of 10 percent of the human population, according to the Food and Agriculture Organization of the United Nations. Under this scenario, the new climate report predicts the marine food web to shrink by 15 percent this century, which could cut fishery output by 20 to 25 percent, the scientists suspect.

“For the first time, the IPCC has produced an in-depth report examining the furthest corners of the Earth, from the highest mountains and remote polar regions to the deepest oceans,” Ko Barrett, IPCC vice-chair and deputy assistant administrator for research at the National Oceanic and Atmospheric Administration, said. “Taken together, these changes show that the world’s ocean and cryosphere have been taking the heat for climate change for decades. The consequences for nature are sweeping and severe.”

Left: A Nenets man dressed in a traditional wear, called malitsa, poses about 53 miles southeast of the town of Naryan-Mar, in northern Russia February 19, 2012. The Nenets are the indigenous tribe people of Russia's Far North, near the coast of the Arctic Ocean. A new IPCC report states that the livelihoods of more than a billion people in polar, coastal and mountain regions are threatened by climate change. Photo by REUTERS/Anton Golubev