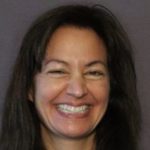 “How about that package out of your sleeve? Get that?” is certainly not the most famous phrase uttered by a human while on the Moon. And the items nestled in a small packet that astronaut Buzz Aldrin had stowed in the pocket just below the shoulder of his extravehicular mobility unit were certainly not mission critical. They were sentimental objects, intended to be left on the Moon purely for symbolic and commemorative purposes.

More than one hundred sites

You may be surprised to learn that a partial catalog of human-made objects on the Moon fills more than 20 single-spaced pages. There are more than a hundred sites on the Moon with evidence of human activity. The sites contain materials from the European Space Agency, Japan, India, Russia, China and the United States. Not only do these sites contain ongoing experiments, they hold invaluable data. For example, engineers are hoping to examine these materials to determine how they have fared after continuous exposure to the elevated radiation levels on the Moon. Along with scientific equipment, robotic landers and other objects left behind to lighten the load for the return home, there are a number of memorial and tributary items. 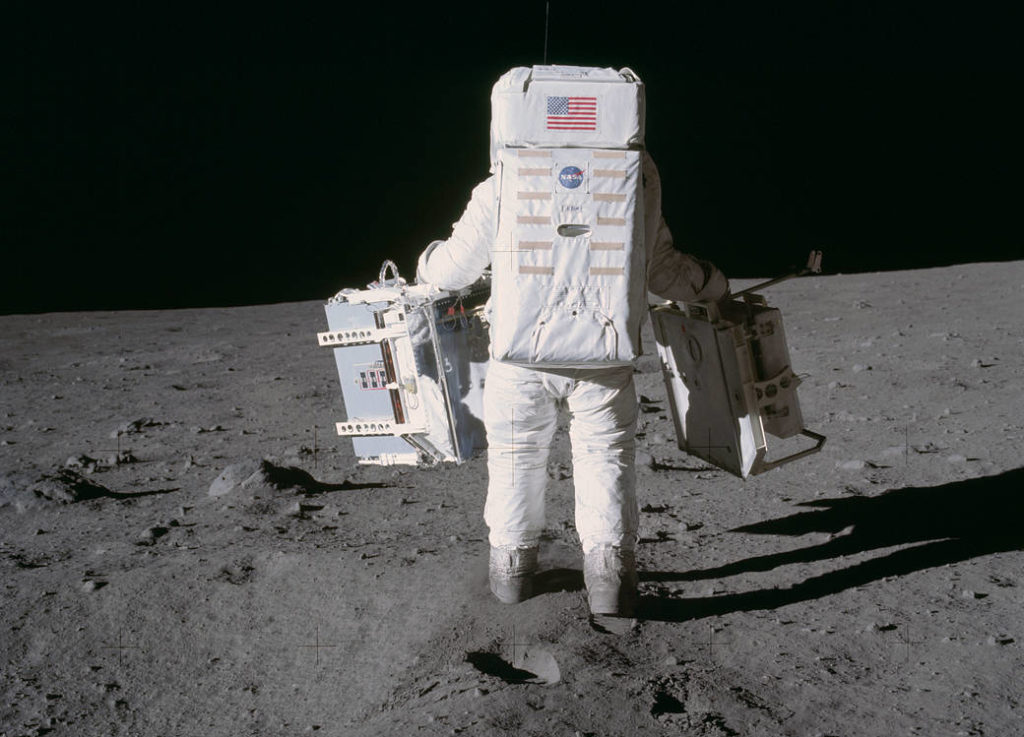 Astronaut Buzz Aldrin moves toward a position to deploy two components of the Early Apollo Scientific Experiments Package (EASEP) on the surface of the moon during the Apollo 11 extravehicular activity. Photo by NASA

But perhaps most important, these varied objects, and their position on the lunar surface, alone can reveal the true story of humanity’s history on the Moon. A chronicle which celebrates the persistence and passion of hundreds and of thousands of scientists, engineers and aviators throughout human history who have supported the effort to “slip the surly bonds of Earth” and reach the stars.

I am not a historian. I am a space lawyer and have made it my mission to develop the laws we need to protect historic artifacts and sites in space. I co-founded For All Moonkind, the only organization in the world dedicated to preserving human heritage in outer space, to assure that archaeologists, historians, scientists and tourists are given the opportunity to learn the valuable lessons of our past.

Buzz Aldrin and fellow Moonwalker Neil Armstrong chose to go to the Moon with an Apollo 1 patch. It was selected to honor the ultimate sacrifice of astronauts Gus Grissom, Ed Whiteand Roger Chaffee, who perished in a fire during the first test of the Apollo command and service module. The astronauts also chose to remember their fallen Soviet competitors and carried with them two Soviet medals, honoring cosmonaut Vladimir Komarov, who died in the Soyuz 1 spacecraft in 1967 and Yuri Gagarin, the first man to orbit the Earth, who was killed in an aircraft in 1968. Aldrin and Armstrong understood that even as Americans raced the Soviets to the Moon, success would be shared by all.

That’s why they also carried a small gold olive branch – a global symbol of peace – and a silicon disk about the size of a United States half dollar. Inscribed on this disk in microscopic text are messages from the president of the United States and leaders of other 73 nations solicited by Thomas Paine, then head of NASA. The messages, intended to be left on the Moon for posterity, are poignant, proud and congratulatory. Some speak of their own national heritage, others salute the courage of the three humans who strapped themselves into a rocket and catapulted into the unknown. From Afghanistan to Zambia, the messages have one common theme: peace. 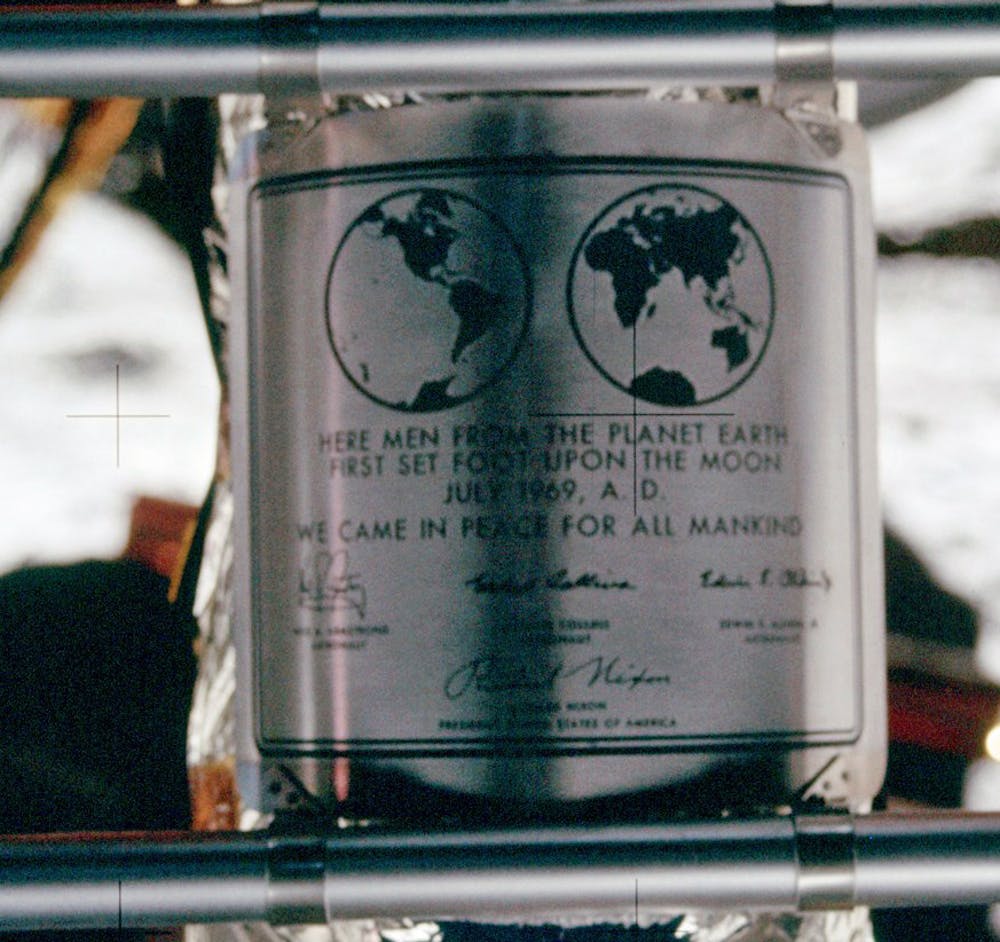 The Apollo 11 lunar module shows the stainless steel dedication plaque. The signatures are of the three Apollo 11 crew members and President Richard Nixon. Photo by NASA

According to his biographer, James Hansen, Neil Armstrong identified three favorite messages. The president of Costa Rica hoped the Moon landing would produce “new benefits for improving the well-being of the human race.” The king of the Belgiansremained “deeply conscious of our responsibility with respect to the tasks which may be open to us in the universe, but also to those which remain to be fulfilled on this Earth, so to bring more justice and more happiness to mankind.” Finally, the president of the Ivory Coast asked that the first human messengers to the Moon “turn towards our planet Earth and cry out how insignificant the problems which torture men are, when viewed from up there.”

I personally find the message of the president of Mexico rather prescient as he noted “in 1492, the discovery of the American Continent transformed geography and the course of human events. Today, conquest of ultraterrestrial space – with its attendant unknowns – recreates our perspectives and enhances our paradigms.” He went on to remind that human migration to space carries with it “a new far reaching responsibility.”

The figure shows a gold replica of an olive branch, a traditional symbol of peace, an Apollo 1 patch and a silicon message disk. Photo by NASA

Space historian Tahir Rahman, who has published an award-winning book that tells the full story of the Messages of Peace, recounts that Aldrin and Armstrong nearly forgot to leave the disc and other mementos on the lunar surface. Indeed, according to NASA records and transcripts, it wasn’t until the Moonwalkers were climbing back into their spacecraft for the return journey to Earth when they realized their oversight. At the last minute, the disc was tossed from the ladder and settled in the regolith without pomp or circumstance. Once in the capsule, Armstrong verified that “the disk with messages was placed on the surface as planned.”

The mystery is not that these busy astronauts almost forgot to leave the disc behind. After all they were pretty occupied being the first humans to set foot on the Moon. I think it is strange that the two most popular films about Apollo 11 released in the last year, “First Man”and “Apollo 11,” make no mention of the disc and its moving and hope-filled messages.

On July 20, 1969, the world united to celebrate the most remarkable technological achievement in human experience. And in that celebration, our leaders focused on our common hope for peace. This is the lesson of humanity’s effort to reach the Moon. I believe this is the history that we must embrace. It is our responsibility to explore space in peace, together as a species.

Let’s not forget, or forsake, the lessons of our past. The first step is to protect the sites which chronicle our history on the Moon. And hopefully, along the way we can recapture the goodwill that Neil and Buzz left behind.

Michelle L.D. Hanlon is an associate director of the National Center for Remote Sensing, Air and Space Law at the University of Mississippi and an instructor of aviation and space law.