CAPE CANAVERAL, Fla. (AP) — Astronomers have discovered the biggest explosion seen in the universe, originating from a super-massive black hole.

Scientists reported Thursday that the blast came from a black hole in a cluster of galaxies 390 million light-years away.

The explosion was so large it carved out a crater in the hot gas that could hold 15 Milky Ways, said lead author Simona Giacintucci of the Naval Research Laboratory in Washington.

Astronomers used NASA’s Chandra X-Ray Observatory to make the discovery, along with a European space observatory and ground telescopes. They believe the explosion came from the heart of the Ophiuchus cluster of thousands of galaxies: a large galaxy at the center contains a colossal black hole.

Black holes don’t just draw matter in. They also blast out jets of material and energy. 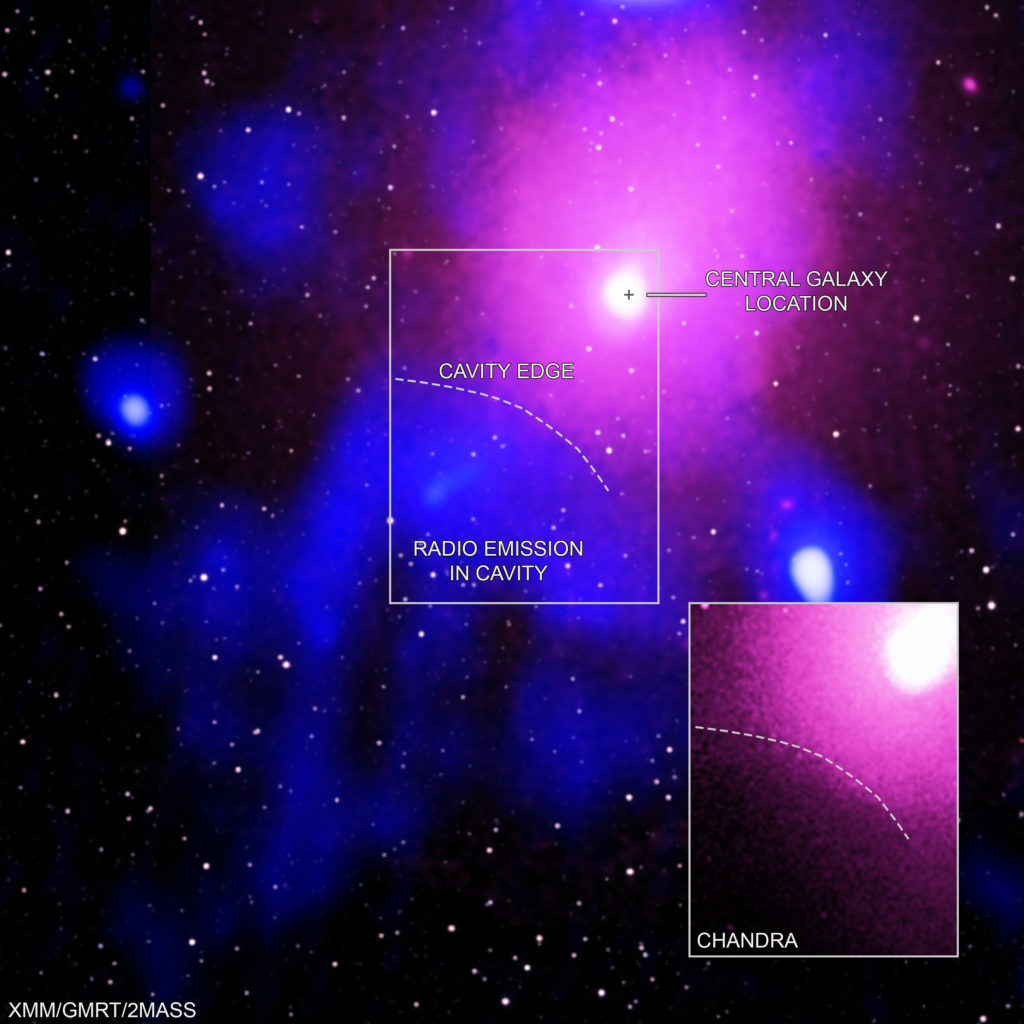 The first hint of this giant explosion actually came in 2016. Chandra images of the Ophiuchus galaxy cluster revealed an unusual curved edge, but scientists ruled out an eruption given the amount of energy that would have been needed to carve out such a large cavity in the gas.

The two space observatories, along with radio data from telescopes in Australia and India, confirmed that the curvature was, indeed, part of a cavity.

“The radio data fit inside the X-rays like a hand in a glove,” co-author Maxim Markevitch of NASA’s Goddard Space Flight Center in Maryland, said in a statement. “This is the clincher that tells us an eruption of unprecedented size occurred here.”

The blast is believed to be over by now: There are no signs of jets currently shooting from the black hole.

More observations are needed in other wavelengths to better understand what occurred, according to the team.

The findings appeared in the Astrophysical Journal.

NASA looks to return astronauts to the moon