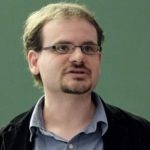 Explainer: Why the August night sky lights up with the Perseid meteor shower

Editor’s note: In 2019, the Perseid meteor shower will peak around August 12 and 13. This story was first published in 2016, and has been edited to reflect this year’s shower.

Even after nearly 20 years as an astronomer, I still believe the Perseid meteor shower in mid-August is one of the most spectacular astronomical events I have seen. If you are at all impressed by the majestic nature of the universe, you will not want to miss these Perseids. Beyond their aesthetic display, their very existence gives us a real connection to the solar system, its past formation, and thereby to the star and planet formation history of our entire galaxy.

Many people have some idea that a meteor shower is when material in space falls to the earth. That is essentially true, but what these particles are and where they come from isn’t as well known. A greater understanding of their background makes viewing this show of nature even more rewarding.

The bright streams of light coming from these meteors as they fall to the ground makes for spectacular viewing. We are essentially watching the burning up of tiny rocks that were in interplanetary space, and just happen to fall into the Earth’s orbit. When this rock falls into the Earth’s atmosphere the friction from molecules in the atmosphere create such intense heat that the rock begins to disintegrate. This occurs when the Earth’s orbit intersects with the pockets of debris within the solar system that were originally part of a comet.

The Perseid meteor shower has been known about for hundreds of years, but was only identified as a specific, recurring event in the early 19th century. The comet that produces the Perseids is known as Swift-Tuttle, named for the two American astronomers who discovered it in 1862.

This was long after the Perseids themselves were observed, and it took several decades for astronomers to make the connection between the comet and the meteor shower. Eventually, they noticed the orbit of the comet was similar to that of the dust debris that produces the meteor shower. Swift-Tuttle was last seen from Earth using telescopes in 1992, and will be observable again in 109 years. It is also one of the most likely comets to hit the earth, although this would not happen for several hundred years.

It’s fascinating to realise that the meteor streaks we see across the sky once came from this comet. Swift-Tuttle has a 133-year orbit in the solar system, which takes it 51 times further from the sun than the Earth. This means the comet originates from the outer solar system in the so-called Oort cloud beyond the orbit of the planet Neptune. This comet then comes into the inner solar system where it interacts with more massive objects. During these legs of its journey, we can view it with our telescopes.

Glimpse at the past

While this is happening, the comet interacts with the gravity of the Sun and other planets, which causes it to lose some of the rock and dust it is made up of. This stream of material left behind continues to orbit the sun in a path that intersects with the Earth’s orbit. So the steaks of light we see from burning debris during a meteor shower are the leftover material from a comet that originated in the outer parts of our solar system. We are essentially seeing a remnant of the early formation of the sun and our planets and also the destruction of material that was formed 5 billion years ago, as old as the oldest rocks on Earth.

The reason these particular meteors are called Perseids is that if you take the radiant – that is, the line from which these meteors can be traced from their origin – the constellation they appear to come from is Perseus. So the best place to see the Perseids is where the constellation can be seen, which luckily is throughout the night for most places in the northern hemisphere.

As with any astronomical event at night, the best place to view these Perseids is in a dark location away from any artificial light and with an unobstructed view of the sky.

This article was originally published in The Conversation. Read the original article.

Left: A long exposure shows stars behind a tree during the annual Perseid meteor shower near the town of Mitzpe Ramon, southern Israel, August 13, 2019. Photo by: Amir Cohen/Reuters

Christopher Conselice is a professor of astrophysics at the University of Nottingham.