For decades, the conventional wisdom surrounding organic farming has been that it produces crops that are healthier and better for the environment as a whole.

In the U.S., where organic food sales totaled nearly $50 billion last year and made up 5.7 percent of total food sales, companies such as Annie’s and Organic Valley market their products as leaving a low carbon footprint. They remind consumers that their ingredients “matter…to the planet we all share,” or that their farming practices “remove excess carbon dioxide from the air.” The International Federation of Agriculture Movements promises in its literature that organic farming can “help reduce greenhouse gas emissions within the agricultural sector of the European Union and beyond.”

But a new study out this week challenges this narrative, predicting that a wholesale shift to organic farming could increase net greenhouse gas emissions by as much as 21 percent.

“We’re not saying that organic is wrong,” said Adrian Williams, an associate professor of environmental systems at Cranfield University in the U.K., but that consumers and environmental organizations would be wise to consider what these farming practices would look like on a much larger scale before making assumptions about the environmental impacts. Williams worked on the study published in Nature Communications on Tuesday.

While it’s unlikely that any country will pursue a complete, 100 percent transition to organic farming anytime soon, the study falls in line with others that raise questions about the degree to which these practices can mitigate the effects of climate change — and how market forces limit their ability to do so.

What would a shift to 100 percent organic look like?

Much research has been done about the link between organic farming and greenhouse gas emissions in smaller, niche settings, from grassland farms in Southern Germany to suckler-beef producers in Ireland. Results have been varied — while organic farming practices lowered greenhouse gases in some scenarios, in others, emissions grew or remained constant.

A team at Cranfield University sought to expand this scope of research by predicting how far the food supply would carry if England and Wales made a switch to 100 percent organic farming.

“The question was, how much could we produce using only organic methods?” Williams said. 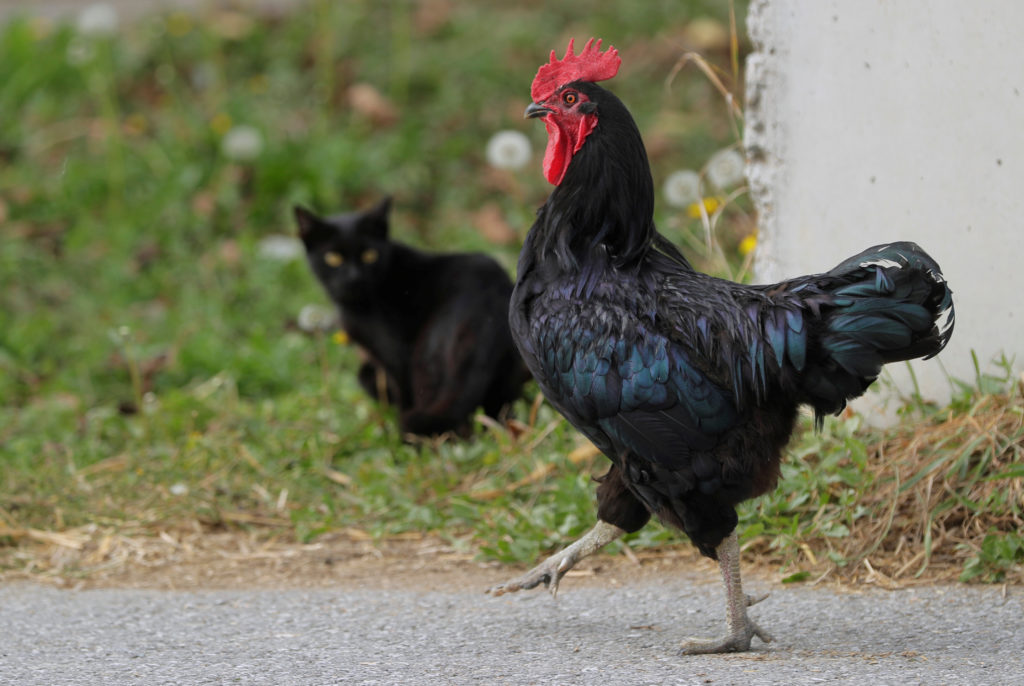 Forty percent less, it turns out. Organic farming typically produces lower crop yields due to factors such as the lower potency fertilizers used in the soil, which are limited to natural sources such as beans and other legumes. Williams’ model found that a 100 percent organic farming system in England and Wales would mean much smaller crop yields. For wheat and barley, for example, their production would be halved relative to conventional farming.

“Having established that there would be a shortfall in massive production, the gap would be filled by increased imports, ” Williams said.

If we try to have the same diet and convert to organic, we can’t really do it without expanding agricultural land demands.

Even though the Cranfield study is hypothetical in nature, environmental sociologist Julius McGee said “it’s a useful tool to pick apart agriculture’s relationship to climate change.”

McGee took a similar approach back in 2015, when he authored a study that found the rise of certified organic production in the United States did not correlate with declines in greenhouse gas emissions. Governments and organizations should consider these driving market forces more carefully when touting the potential environmental benefits of organic farming, he said.

“The goal of agriculture is not to produce enough food to feed people, it’s to make the most money,” said McGee, who works at Portland State University and wasn’t involved in the Cranfield study. “I was trying to get people to look beyond the elements of consumer society. Organic is a niche market, and it’s able to make a certain amount of money based on people’s desire to consume organically produced goods.”

Will profits prevent an organic cleanup?

Some scientists posit that as long as agriculture remains focused primarily on profit, organic farming will only have a minimal impact on environmental protection and reducing climate change.

Michel Cavigelli, a soil scientist with the U.S. Department of Agriculture, works with farmers in the mid-Atlantic who are seeking to convert to organic farming. He said while the farmers in this region express concerns about the environmental harms and impacts of the agrochemicals used in conventional farming, the reason they decide to switch to organic practices is often partly driven by economics. Market demand for organic products is expected to reach $70 billion by 2025, making these crops more profitable in the long run.

“In general, it’s accepted that you are going to have lower yields, but the price premium makes up for that on the economic side, from a farmer’s perspective,” said Cavigelli, who wasn’t involved in the Cranfield study. He added “they’ll live and die” by their bottom line, not their yields.

Cavigelli also noted that while the USDA has had standards for labeling organic products for more than 20 years and its creation was as much about market demand as anything.

“USDA doesn’t say that organic is better or worse,” Cavigelli said. “There’s a public demand for it, we need to meet that need. That’s kind of been USDA policy since 1997.”

Adrian Williams of Cranfield University said the U.K. could not sustain a switch to 100 percent organic with the national diet the way it currently is, but that might not be the case if market demand for certain foods changed.

“The real message is that if we try to have the same diet and convert to organic, we can’t really do it without expanding agricultural land demands, simply because it yields less than the current system,” Williams said, adding that testing a model where consumers sought out less red meat and more plant-based foods and fish could result in lower greenhouse gas emission yields from organic farming.

Proponents of organic farming acknowledge the issue of low crop yields raised by the Cranfield Study, but maintain that farmers can still find ways to reduce their carbon footprint by focusing on “regenerative practices.”

Erin Callahan, director of the Climate Collaborative, based in Vermont — an organization that seeks to reverse the emissions pollution effects created by climate change in the natural food industry — recognizes that “the yield question is a big one” when it comes to mitigating the harmful environmental effects of agriculture, but warns against reducing the discussion to a matter of “organic versus conventional.”

Shifting all global cropland to a regenerative model could cut annual CO2 emissions by more than 100 percent.

“Making the food system more efficient, wasting less food, and trying to shrink the gap in yield…is the right method forward if we actually want to have agriculture be the solution for climate change,” Callahan said, who said that the current food system in the U.S. would have to change in order for organics to make a significant impact on reversing the effects of climate change.

Callahan’s organization advocates for companies like General Mills — which pledged in March to regenerate 1 million acres of farmland by 2030 — to find ways to capture more carbon in their soil, even if that doesn’t mean switching over entirely to organic practices. As part of their initiative, General Mills launched a regenerative agriculture scorecard for farmers to assess their soil. They also tested regenerative practices on one of their partner pastures that resulted in 68 percent less greenhouse gas emissions.

There is evidence that these practices do work to cut down on greenhouse gas emissions in certain controlled situations. A widely cited white paper by the Rodale Institute in Pennsylvania found that shifting all global cropland to a regenerative model could cut annual CO2 emissions by more than 100 percent. (Reminder: The planet will likely need to achieve a state of negative emissions to waylay climate change.)

“Organic is a really important piece of the puzzle when you’re looking at how to fix the food system,” Callahan said. “But until then, introducing regenerative practices of any kind to do that can help.”

Left: For decades, the conventional wisdom surrounding organic farming has been that it produces crops that are healthier and better for the environment as a whole. A new study out this week challenges this narrative. Photo by REUTERS/Enrique Castro-Mendivil

Can sustainable farming save Iowa’s precious soil and water?