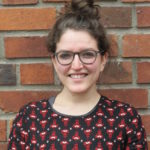 NASA’s Parker Solar Probe will ‘shake’ hands with sun, thanks to small push from Venus

Sending a spacecraft from Earth to a stationary target like the sun is like trying to throw a dart from a speeding train. That’s because Earth is barreling through space at 19 miles per second, or 67,000 miles per hour. No matter how fast we try to shoot the probe into space, its momentum will cause it to keep orbiting the sun.

In early August, NASA will take on this challenge when it launches the Parker Solar Probe — a mission to fly seven times closer to the sun than any other spacecraft has before.

Like Icarus of Greek mythology, the journey is a daring flight into the unknown. But NASA scientists must strike the perfect balance between flying just close enough that the spacecraft can collect the data it needs but not so close that it burns up. Here’s what the mission will take.

Yanping Guo is the mission designer for the probe. She has worked for the past 16 years to create a flight path for the mission at the Johns Hopkins University Applied Physics Laboratory, where the probe was designed and built. 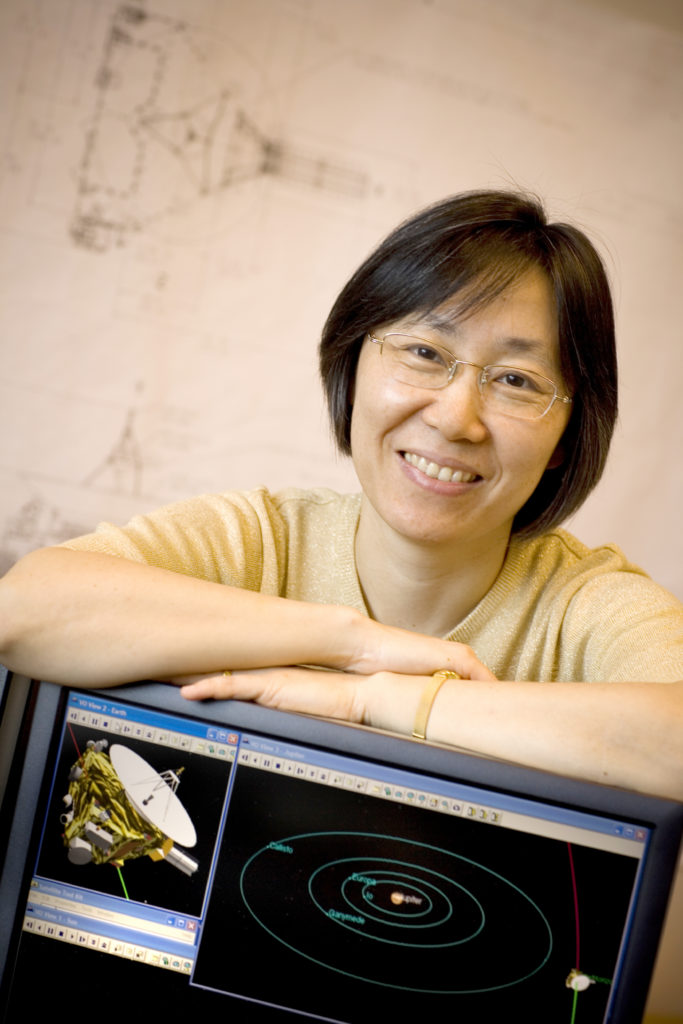 Yanping Guo is the mission designer for the Parker Solar Probe. She and her team have mapped a journey that will bring the probe into the sun’s corona. Photo by Johns Hopkins APL/Ed Whitman

“You might think getting to the sun is easy because it’s not far and you can see it,” she said. “But of all the solar system explorations, it’s the most challenging.”

The only way to get it close, Guo figures, is to slow the Parker Solar Probe way down, so it can achieve tighter orbits around the sun. To do that, the 1,400-pound probe will get a little help from Venus. The probe will fly just close enough to Venus so that it will get pulled toward the surface, allowing it to slow down and change its path–this is called a gravity assist.

Over the next seven years, as it circles the sun, the probe will wrap around Venus seven times, each time slowing down and swooping closer to the sun. In seven years, the probe will be within four million miles of the sun’s surface. In space terms, that’s practically shaking hands.

Guo has employed this tactic of using other planets to help move spaceships in the past. For instance, she used Jupiter to propel the New Horizons mission to Pluto. But using the same planet seven times? That’s completely new, and there’s a lot to keep track of.

“To achieve the flyby, you have to know how fast you’re moving, where the orbit is, where Venus is,” Guo said. “You have to have it all sorted out, predicted precisely, and timed exactly to be in the right place at the right time.”

Every inch closer to the sun means the probe will be exposed to more excruciating heat and radiation. At its closest pass, in December 2024, the probe will be subjected to 2,500 degrees Fahrenheit — which is toasty but still pales in comparison to solar flares that reach tens of millions of degrees. The probe will be flying straight through coronal plasma, which is electrified gas that shoots out from the sun’s surface, hoping to miss these super hot flares. (Don’t worry, the chances of hitting a flare are low.)

Thanks to a state-of-the-art carbon-carbon heat shield, the Parker Solar Probe’s instruments will be kept at room temperature if everything goes as planned.

“Whatever we think the worst case could possibly be, we are designed and built to withstand a lot worse than that,” said Nicola Fox, project scientist for the probe mission, also at Johns Hopkins. 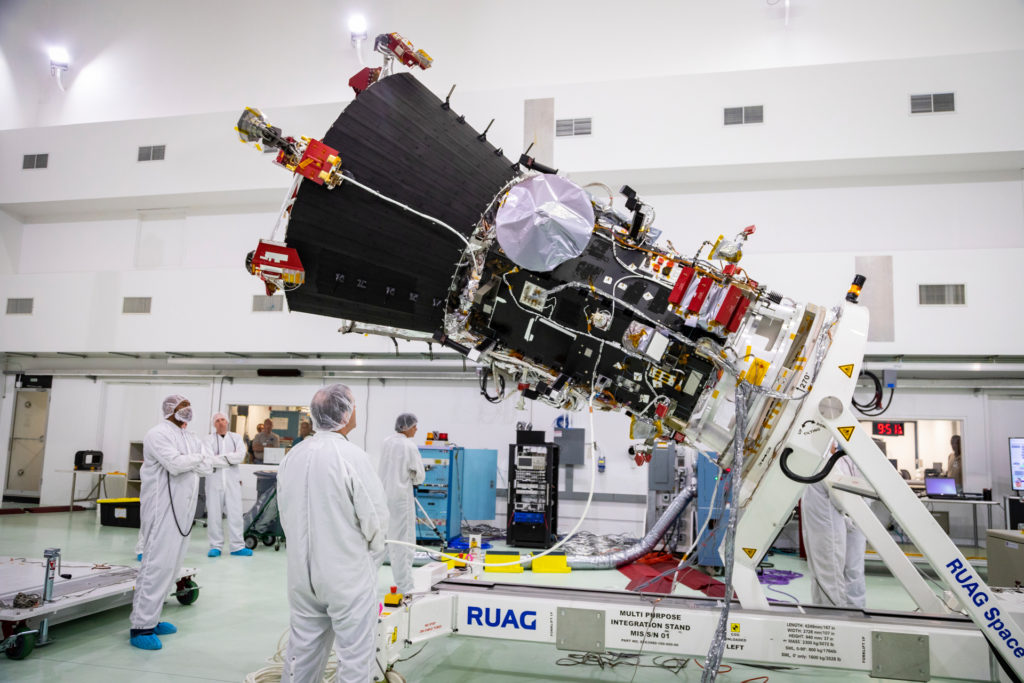 The probe, including its carbon-carbon heat shield, is only about 10 feet tall. Its light weight and small stature make it easier to shoot into space. Photo by NASA/Johns Hopkins APL/Ed Whitman

What Parker is probing

After all, getting close to the sun is the whole point. The probe will take scientists into the solar corona–the sun’s atmosphere. Nicholeen Viall is a solar scientist at NASA who is anxiously awaiting data from the probe to answer questions that have eluded scientists for years.

One thing on Viall’s mind is what she calls the counterintuitive “coronal heating problem,” a phenomenon in which the sun’s atmosphere is hundreds of times hotter than the sun’s surface. That’s like walking away from a normal fireplace and suddenly being subjected to 100,000 degree temperatures.

Scientists know that the phenomenon has something to do with the interaction between the sun’s heat and magnetic waves, but no one knows exactly what is happening. 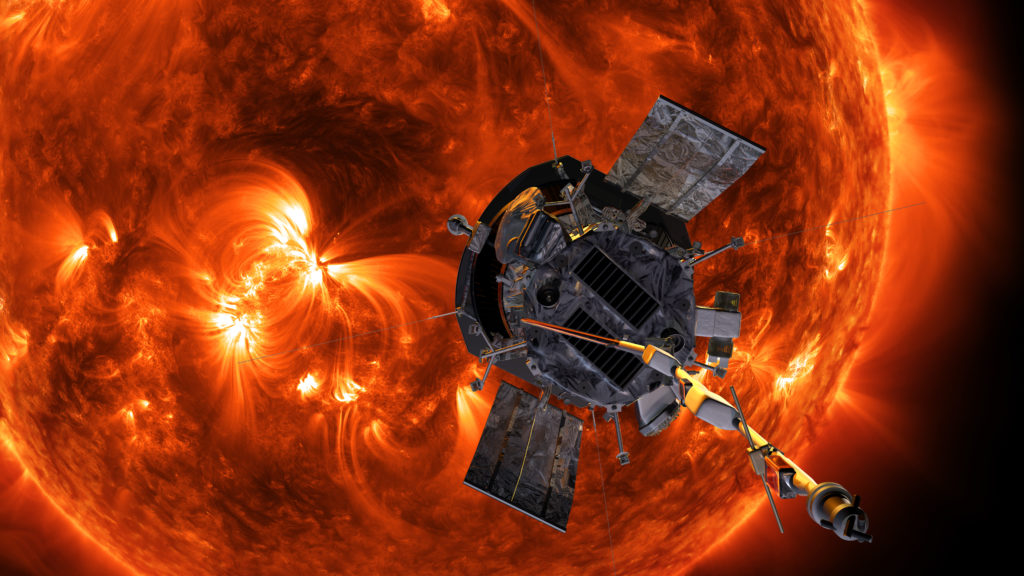 “With the probe, we get to stick a thermometer and a magnetic field sensor into the sun right as these very energetic processes happen,” said Viall, who wasn’t involved with the mission. “These are new measurements we’ve never been able to make before.”

A close look at the sun’s magnetic field will also shine light on the origins of solar wind–that’s the charged gas that comes off the sun and bombards Earth. Our planet’s magnetic field wards off this radiation.

Like all daring adventures, the scientists are expecting the mission to create more questions than answers. “It really is a voyage of discovery,” Fox said. “You go in armed with your best guesses and best theories for why things happen but often you find something that’s totally unexpected.”

The original idea for the probe was first put forward in 1958, but Fox said that it has taken decades to develop the lightweight materials and sensors needed for such a mission, and now the time is right.

“There are thousands and thousands of people who have put their hearts and souls into this mission,” she said. “To see it go from a drawing on a PowerPoint slide to a real live spacecraft –that is just beautiful.”

If only Icarus had NASA on his team.

Left: On August 12, NASA launched the Parker Solar Probe, the agency’s historic mission to touch the Sun. Video by NASA