Scientists and engineers frequently seek solutions to specific problems. But the goal — and challenge — of basic research is to tackle broad questions without an immediate application in mind. As part of our ongoing series on the subject, PBS NewsHour asked undergraduates, graduates and postdoctoral researchers why they do basic research. We received more than 30 videos, Instagrams and Vines from throughout the country. The video above is a compilation of those responses.

Scientists spoke of the thrill of discovery, spending full nights in the lab, and experiments gone wrong. They spoke of asking big questions. “Fundamental research is Newton getting hit on the head with the apple. It’s the why did that happen, not just that it happened,” said Jonathan Napoline, who works in the Thomas Lab at Brandeis University.

Click on the image below to view all of the video responses we received. If you’re a scientist, tell us why you love basic research. Tweet us @newshour using #basicresearch. 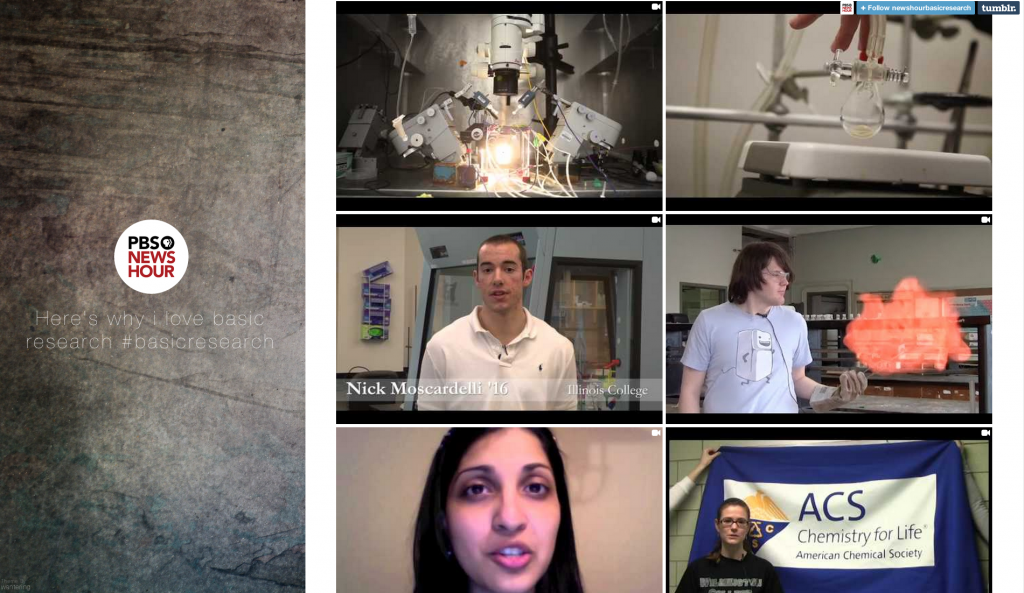 This series is funded by a grant from the Gordon and Betty Moore Foundation.