This new ‘army’ of spiders is named after Star Wars stormtroopers

They wouldn’t survive the dry deserts of Tatooine or the frigid temperatures of Hoth, but these newly described, tarantula-like spiders are named after the stormtroopers who marched through the “Star Wars” movies.

Hailing from Colombia, each spider sports an armored exterior that is pretty much identical to every other — like an army of clones, one might say.

These six species of spiders, all small enough to sit on a penny, are the first of their kind to be identified in Colombia, according to a study published March 14 in Zookeys. They include two species of bald-legged spiders in the established genus Paratropis and four additional species in a new genus they call Stormtropis.

Why give such an unassuming new genus such a distinctive name? Co-author William Galvis, an arachnologist from the National University of Colombia, said there were two reasons.

“The first one was because we love Star Wars,” Galvis said. “And the second one — sometimes it’s the only way to catch the attention of people outside the sciences.”

Despite their intimidating appearances, these stormtrooper spiders and arachnids in general are not terribly effective at keeping humans from invading their territory. And drawing attention to rare species can help shape public opinions and environmental protections.

Without public support, Galvis said, the work of preserving the planet’s diverse forms of life would falter.

Ecosystems rely on species diversity, especially the diversity of small and understudied animals like spiders and insects: “We depend on these ecosystems, on nature, and this is a good way to teach people about the science.” 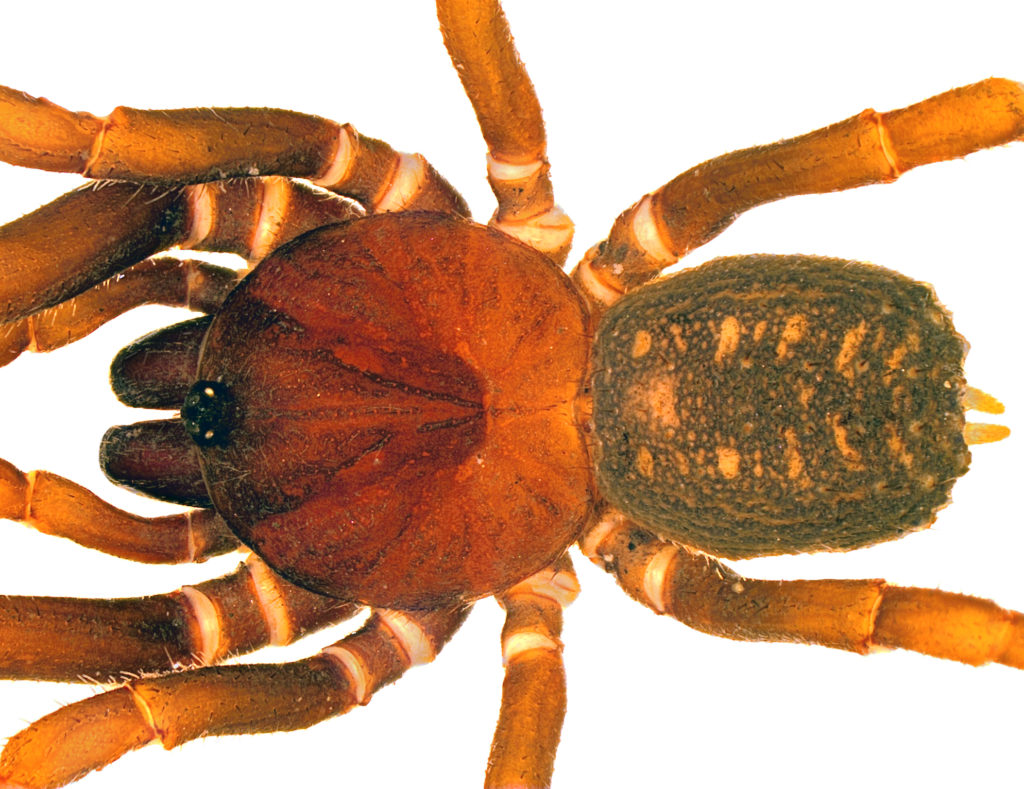 Because the newly-described species of bald-legged spiders look the same without a microscope, researchers have to get close to tell them apart. Image courtesy of Carlos Perafán

Colombia hosts a dizzying array of habitats, with the Caribbean Sea and Central America to the north, and the Amazon basin to the south. Andean mountain peaks well above 10,000 feet can be within just a few hours’ drive of coastal mangroves or beaches that might feel like they’re in a galaxy far, far away. As a result, Colombia is considered one of the most biodiverse countries in the world.

Researchers like Galvis work to catalogue and categorize plants and animals that live in those regions. Galvis searched Colombian forests and plains by night, consulting with local farmers and indigenous people to find likely habitats.

Those spiders — Stormtropis, Paratropis and their relatives — are particularly tricky to find. They’re often buried in leaves, bark or rotten logs, and deftly camouflaged. Their specialized cuticle or outer “skin” is equipped with unusual scales that collect the soil they live in, blending their bodies into the earth.

Once spotted, though, the research team scooped up the spiders by hand or ushered them into vials, bringing them back to the lab for analysis under a microscope.

That’s the only way to tell the species apart, Galvis said — tiny differences in the shape of a spider’s leg or the exact configuration of their genital organs.

These spiders look so similar, and yet, they’ve all evolved to live at different altitudes, temperatures and behaviors. “You can find each of these species only in very specific areas,” Galvis said. 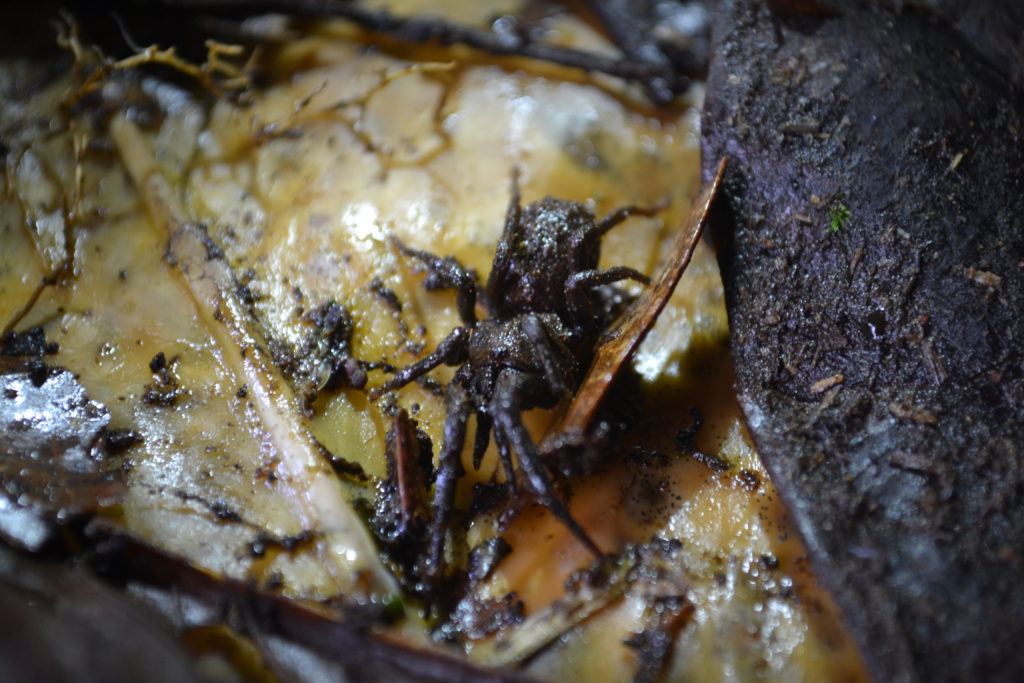 The newly-described spiders went unnoticed in part because of their ability to blend in with the soil around them. Their rough cuticle, or “skin,” picks up dirt and lets them camouflage against the ground. Image courtesy of Carlos Perafán.

“I’m not surprised at all by the diversity” of Colombian bald-legged spiders, said Chris Hamilton, an evolutionary biologist at the University of Idaho who acted as an editor for the paper. Spiders as a whole aren’t often studied, and this is a particularly overlooked group, he said.

Studies of ecosystems rely on a good understanding of the species that make them up, Hamilton added, and even lab-based studies on genes or molecular compounds need background information on the species they’re working with.

Most funding and attention goes to studies on larger species, Hamilton said, like tigers, elephants and panda bears.

But the researchers think this may launch a push to describe more of Colombia’s living things. Since the 2016 peace process in Colombia, which officially ended a 50-year conflict between the guerilla FARC and the Colombian government, Galvis said increased safety in remote areas has allowed researchers to find and describe many more species.

That is, if they can find them.

“People are talking about moving into space, but there’s still so much to learn about life on Earth,” said Leanda Denise Mason, a spider specialist from Curtin University in Perth, Australia, who was not involved in the new study. “We still haven’t documented everything, and things are going extinct before we even know they existed.”

Mason, who conducts spider conservation outreach online, has seen spider venom used in novel treatments for strokes and pain, and even as specially targeted pesticides.

She said because each venom is unique to the species that makes it, if a spider species goes extinct, “all that information that could have been useful for us is lost.”

And that brings us back to the unusual name that Galvis and his team bestowed on their study subjects.

“There are people on either side of these types of issues,” Hamilton said. “Should you name species with funny or interesting names, or should you be more traditional?”

Galvis, Hamilton, and Mason all come down on the same side: If a little “Jedi mind trick” — naming these humble, dirt-covered little arachnids after fictional soldiers from a beloved space opera — will bring attention to taxonomy, biodiversity and conservation, they’re all for it.

Left: Stormtroopers are identical masked soldiers of Star Wars fame. Because of their uniformity, researchers named a newly-described group of spiders after them. Image courtesy of Jason Trbovich/via Flickr.