An ‘unapologetic’ black feminist on accelerating the pace of change 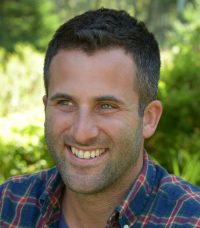 Brittney Cooper is a cultural theorist, author and professor. Her new book, “Eloquent Rage: A Black Feminist Discovers Her Superpower,” discusses the history of oppressive power structures and the intersection of race and feminism. She gives her brief but spectacular take on “eloquent rage.”

Steve Goldbloom is a producer and series creator of "Brief but Spectacular."