174 detained as climate protesters clash with police in Paris

France’s interior minister Bernard Cazeneuve said 174 people were detained after protesters tried to force their way through a blockade at the famed square, which has been the scene of vigils since the Nov. 13 terror attacks that killed 130 people.

Cazeneuve said a total of 208 people had been arrested, but some were later released.

The planned march had been cancelled by the government in the wake of the terror assault on the French capital. 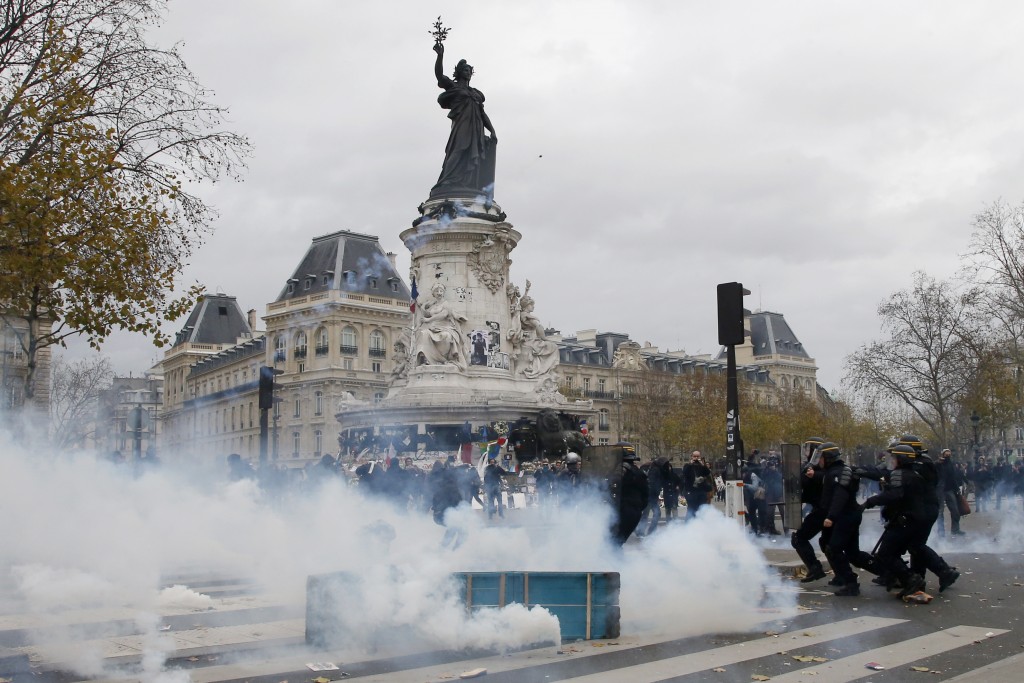 Clouds of tear gas fill the air as demonstrators clash with French CRS riot police at the Place de la République after the cancellation of a planned climate march on Nov. 29, 2015. Photo by Eric Gaillard/Reuters 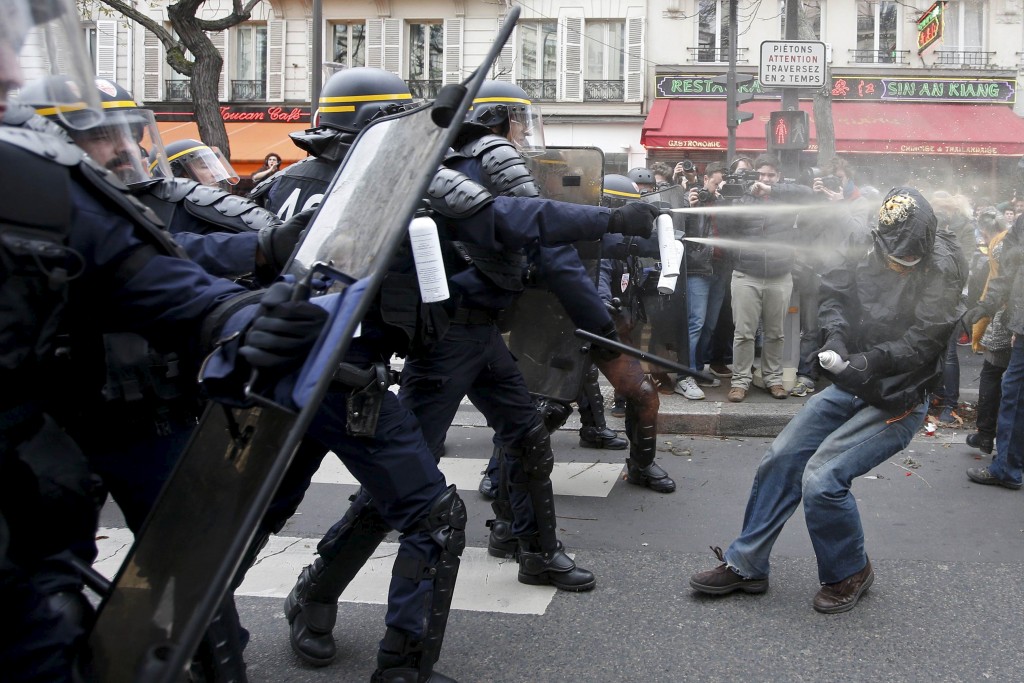 Photographs from the scene showed activists lobbing projectiles, including glass bottles and candles, toward police, who fired numerous rounds of tear gas to clear the crowd.

Protesters chanted “a state of emergency is a police state,” the Associated Press reported. 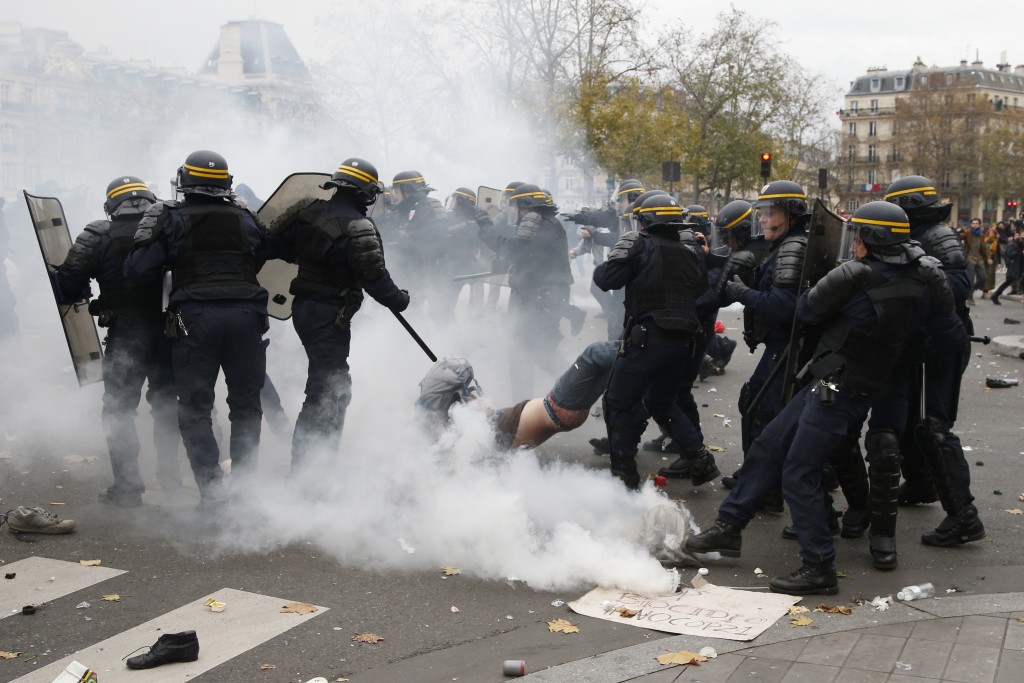 French CRS riot police apprehend a demonstrator during clashes near the Place de la République after the cancellation of a planned climate march in Paris, France, Nov. 29, 2015. Photo by Eric Gaillard/Reuters 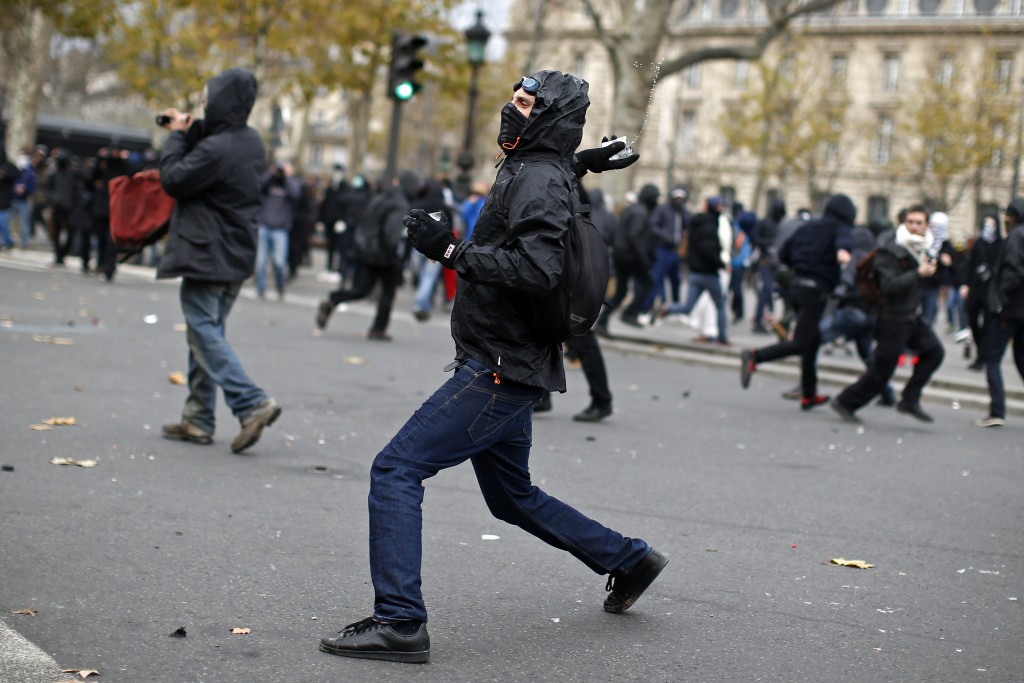 A demonstrator throws a projectile at French CRS riot police during clashes at the Place de la République in Paris on Nov. 29, 2015. Photo by Benoit Tessier/Reuters

Earlier on Sunday, thousands of demonstrators had gathered peacefully in the French capital, forming a human chain along the route of the planned march.

Activists had also left empty shoes in the square to represent those unable to legally march. 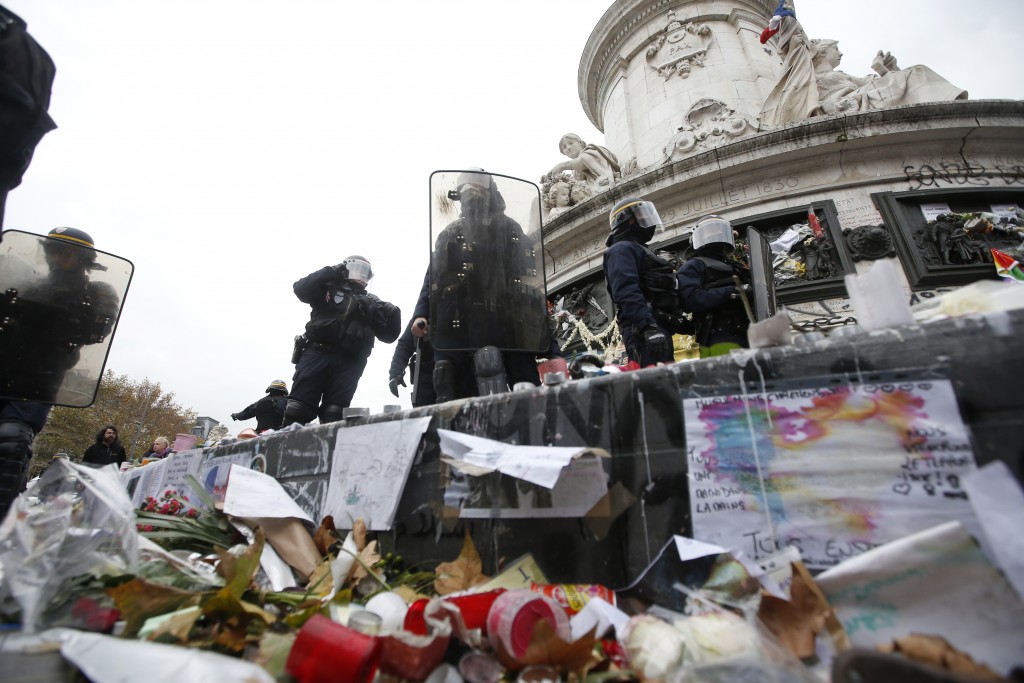 French CRS riot police stand on flowers, candles and messages by the statue at the Place de la République during clashes ahead of the World Climate Change Conference 2015 in Paris, France on Nov. 29, 2015. Photo by Eric Gaillard/Reuters 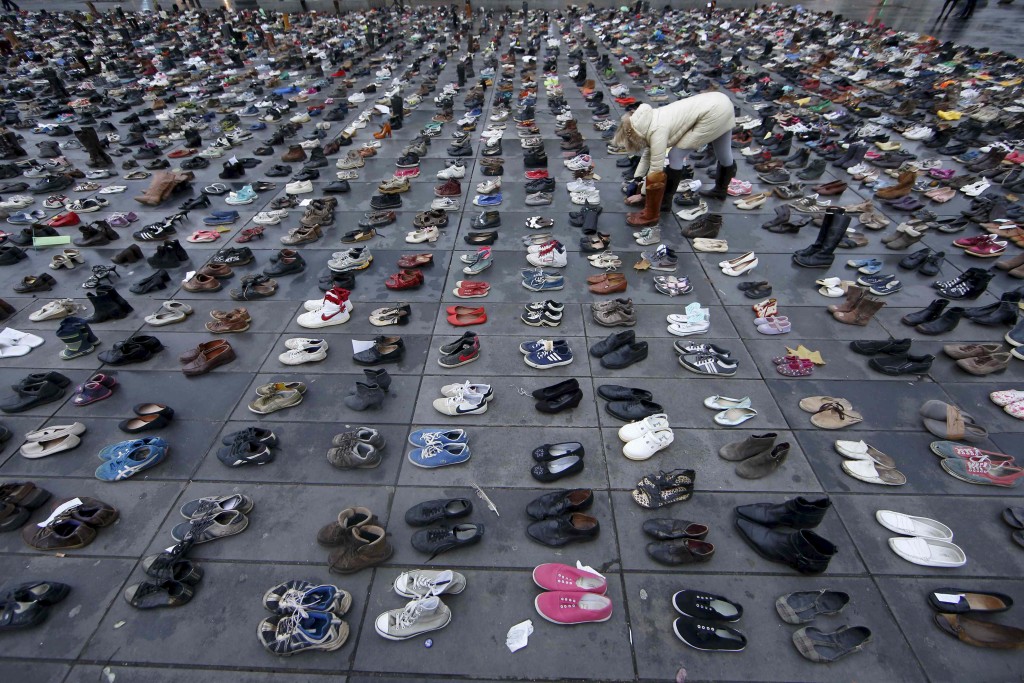 Pairs of shoes are symbolically placed at the Place de la République, in Paris, France, on Nov. 29, 2015. Photo by Eric Gaillard/Reuters

Leaders from across the globe are gathering in the French capital this weekend ahead of the landmark COP21 climate summit which begins Monday.