But in a sign that tensions between the nuclear-armed rivals could soon ease, a Pakistani Cabinet minister said a key train service between Pakistan and neighboring India would resume on Monday.

Tensions have been running high since Indian aircraft crossed into Pakistan this past Tuesday, carrying out what India called a pre-emptive strike against militants blamed for a Feb. 14 suicide bombing in Indian-controlled Kashmir that killed 40 Indian troops. Pakistan retaliated, shooting down a fighter jet Wednesday and detaining its pilot, who was returned to India on Friday in a peace gesture. 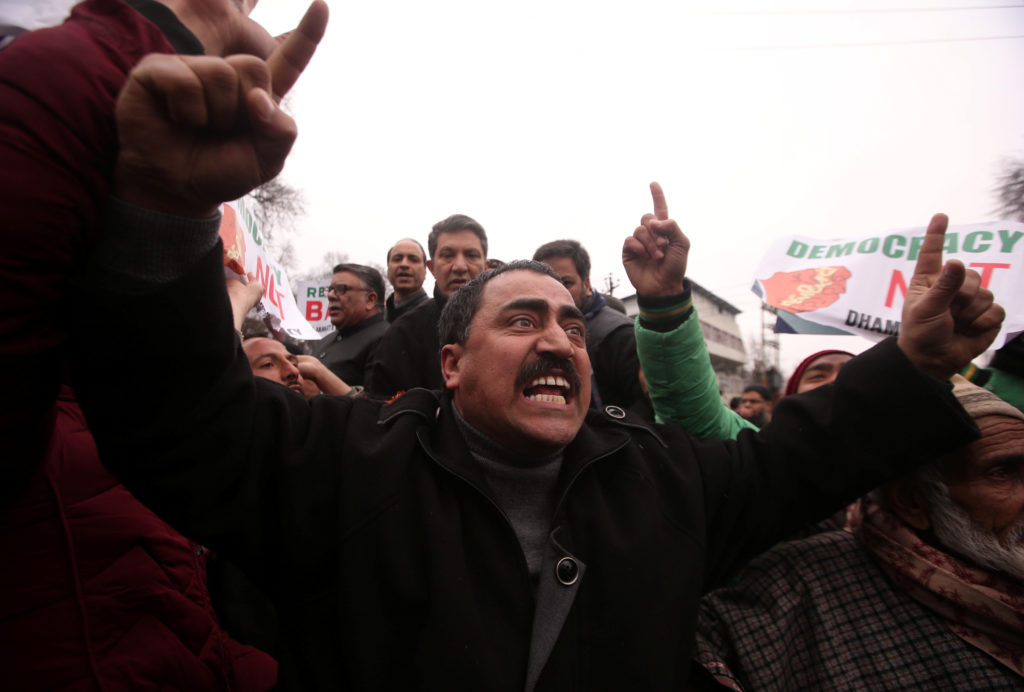 Supporters of the Peoples Democratic Party (PDP), a pro-India political party, shout slogans during a protest against the ban on a Kashmir-based Islamist political party called Jamaat-e-Islami (JeI), in Srinagar March 2, 2019. Photo by Danish Ismail/Reuters

Fighting resumed overnight Friday. Pakistan’s military said two of its soldiers were killed in an exchange of fire with Indian forces near the Line of Control that separates Kashmir between the rivals. It marked the first fatalities for Pakistani troops since Wednesday, when tensions dramatically escalated between the nuclear-armed countries over Kashmir, which is split between them but claimed by both in its entirety.

Indian police, meanwhile, said two siblings and their mother were killed in Indian-controlled Kashmir. The three died after a shell fired by Pakistani soldiers hit their home in the Poonch region near the Line of Control. The children’s father was critically wounded.

CRPF men broke down after bodies of their colleagues were put in a Vehicle.Two CRPF men and two J&K Police men were killed in an Encounter in Langate Handwara yesterday.@crpfindia @crpf_srinagar pic.twitter.com/e5iliRKPQT

In view of escalation in tension between India and Pakistan, all government hospitals in #Kashmir valley have been directed to paint red cross signs on the rooftops. pic.twitter.com/D1xG3wGGDC 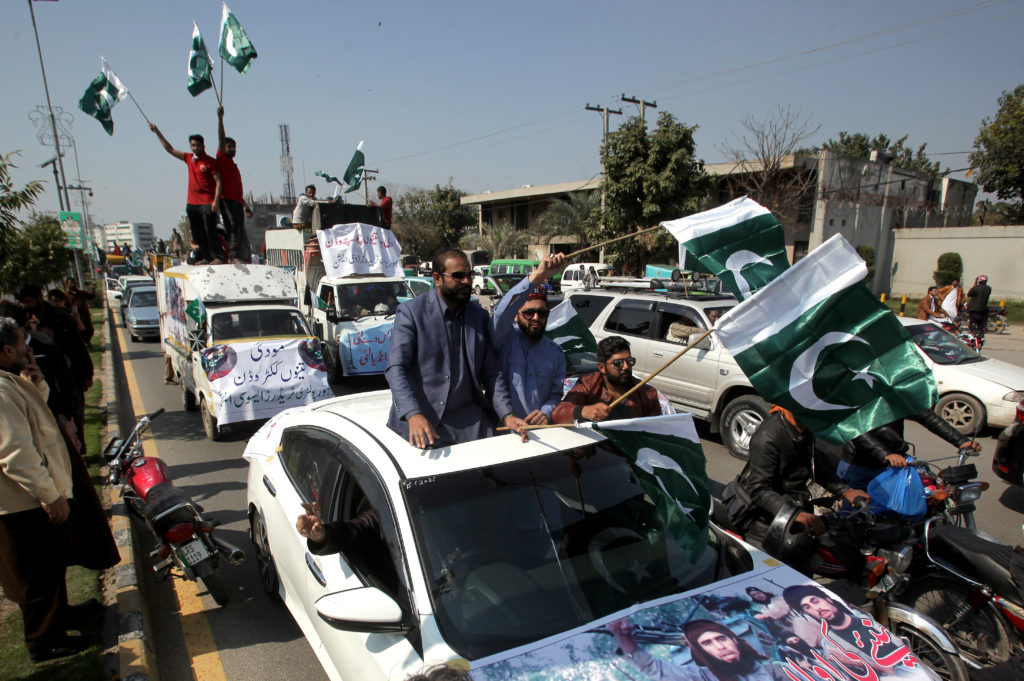 Since tensions escalated following last month’s suicide attack, world leaders have scrambled to head off an all-out war between India and Pakistan. The rivals have fought two of their three wars over Kashmir since their independence from British rule in 1947. 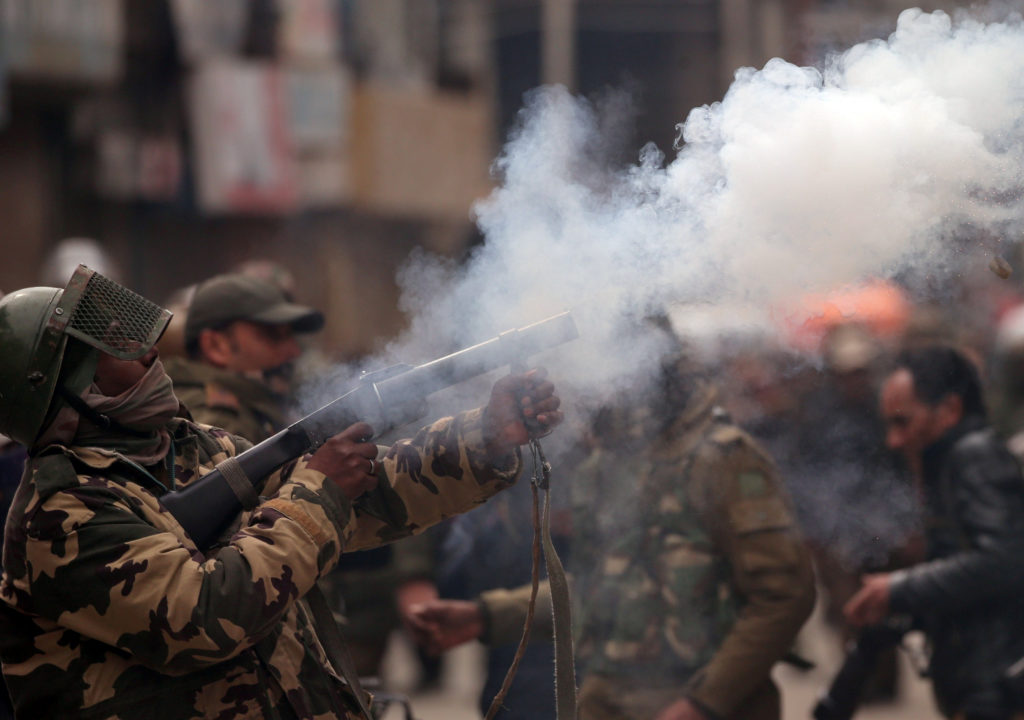 Pakistani Foreign Minister Shah Mahmood Qureshi said Saturday that Russia had offered to serve as a mediator to ease tensions. He said Pakistan was ready to accept the offer, but he did not know whether India would agree as well.

The current violence marks the most serious escalation of the long-simmering conflict since 1999, when Pakistan’s military sent a ground force into Indian-controlled Kashmir. That year also saw an Indian fighter jet shoot down a Pakistani naval aircraft, killing all 16 on board. 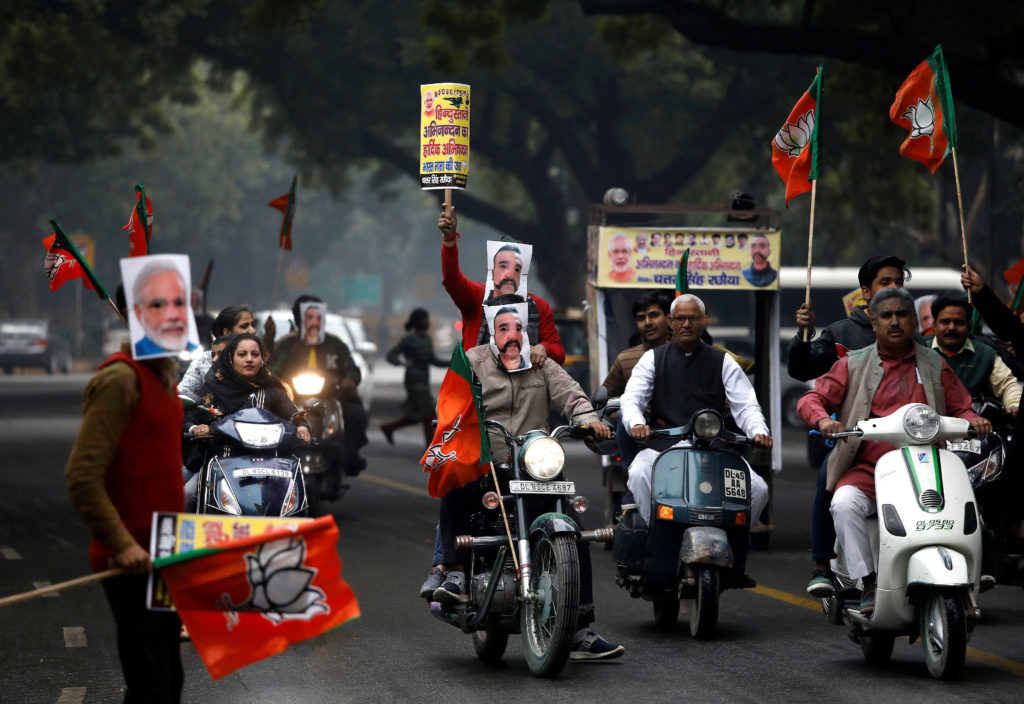 The latest wave of tensions began after the militant group Jaish-e-Mohammad claimed responsibility for the Feb. 14 suicide bombing by a Kashmiri militant on Indian paramilitary forces. India has long accused Pakistan of cultivating such militant groups to attack it. Pakistan has denied any involvement in the suicide attack.

Pakistan’s minister for railways, Sheikh Rashid Ahmed, told reporters Saturday that the Samjhauta Express train service linking the Pakistani city of Lahore with the Indian border town of Atari would resume on Monday. The service was suspended by Pakistani authorities this past week.

Thousands of people on both sides of Kashmir have fled to government-run temporary shelters or relatives’ homes in safer areas to escape shelling along the frontier, which is marked by razor wire, watch towers and bunkers amid tangled bushes, forests and fields of rice and corn.

“These battles are fought on our bodies, in our homes and fields, and we still don’t have anything in our hands. We are at the mercy of these soldiers,” said Mohammed Akram, a resident in the Mendhar area in Indian-controlled Kashmir.

Sakina, a young woman who fled to a shelter with her two children, said the frequent shelling had made them “homeless in our own land.”

In Pakistani-administered Kashmir, many displaced families urged the international community to help resolve the issue of Kashmir so that they can live peacefully.

“Whenever India fires mortars, it’s we who suffer,” said Mohammad Latif, a laborer who took refuge at a government building that was vacated for sheltering displaced families.

“I don’t care whether the Indian pilot is gone or not, I don’t care who released him and why, but I want to know whether peace will return to us after his return to India,” said Mohammad Sadiq, a shopkeeper who also was among the displaced. He said the latest tensions between Pakistan and India rose so suddenly that some people sold their sheep, cows and buffaloes at throwaway prices in his native Chikothi town.

“We did not know whether we will get any shelter and how could we take our animals” with us, he said.

Rebel groups have been fighting Indian rule since 1989 and demand that Kashmir be united either under Pakistani rule or as an independent country.

Left: India's Central Reserve Police Force (CRPF) personnel carry the coffin of their colleague, who according to police was killed during a gun battle with militants in north Kashmir's Kupwara district on Friday, during a wreath-laying ceremony on the outskirts of Srinagar March 2, 2019. Photo by Danish Ismail/Reuters