BELGRADE, Serbia — Several thousand people turned out for an anti-government protest in Belgrade on Saturday, a day after Serbia’s populist President Aleksandar Vucic held a mass rally in an apparent bid to counter months of street demonstrations against him.

Blowing whistles, protesters marched through downtown Belgrade demanding more democracy and media freedom in Serbia. Such marches have been held every Saturday since last December.

A former extreme nationalist who now says he wants Serbia to join the European Union, Vucic has rejected opposition allegations that he has imposed an autocracy on Serbia. 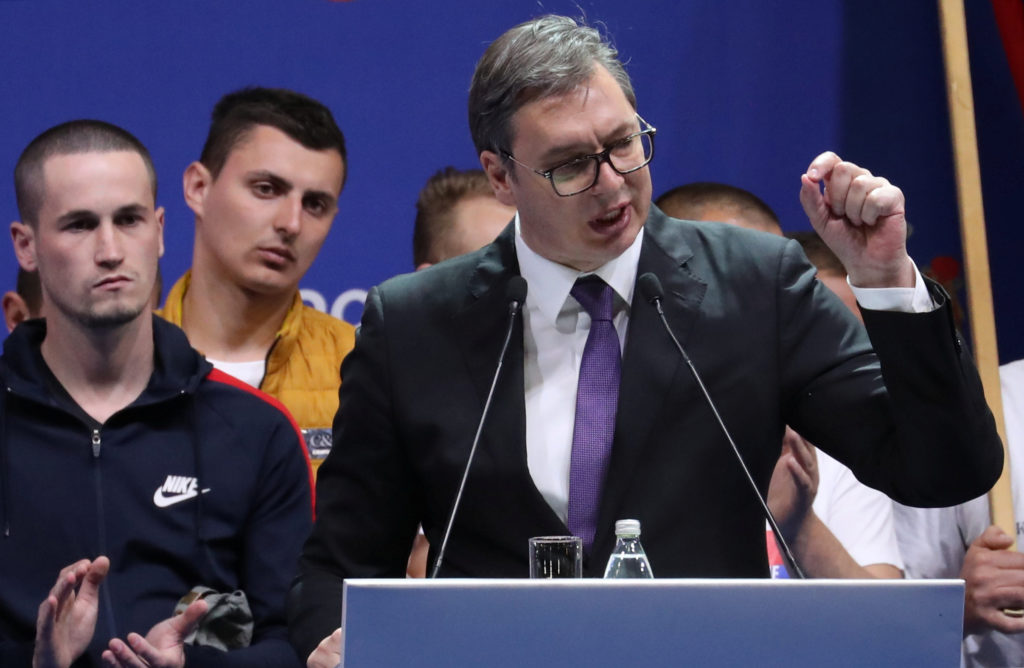 Serbian President Aleksandar Vucic addresses supporters in front of the Parliament Building during his campaign rally “The Future of Serbia” in Belgrade, Serbia, April 19, 2019. Photo By Marko Djurica/Reuters

Tens of thousands of people from all over Serbia and some neighboring countries were bused to Belgrade for Vucic’s rally Friday in a show of political strength. He told supporters that political differences should be solved at the ballot box.

Beleaguered Serbian opposition leaders say they would boycott any future election unless it was free and fair for all. They said Saturday that a team of experts is ready for talks with the government on demands for a free vote.

“We continue with the protest and it will last until the victory,” said Branislav Lecic, an actor who has been active in the opposition movement. “Our free Saturday will win.”

The anti-government protests began after masked attackers beat up an opposition politician in November.