BEIJING — China is defending its often-criticized rule in Tibet 60 years after the Dalai Lama fled into exile amid an abortive uprising against Chinese control, saying those who question its policies are merely showing their anti-Chinese bias.

The statements in official media came as Tibetans and their supporters marked the anniversary Sunday and called for greater international support. Despite decades of such calls, however, the Himalayan region appears no closer to gaining greater autonomy, particularly as China’s global influence grows.

China’s official Xinhua News Agency said in an editorial dated Saturday that economic growth, increases in lifespan and better education in the region refute the claims of critics that Tibetans suffer oppression from Beijing. 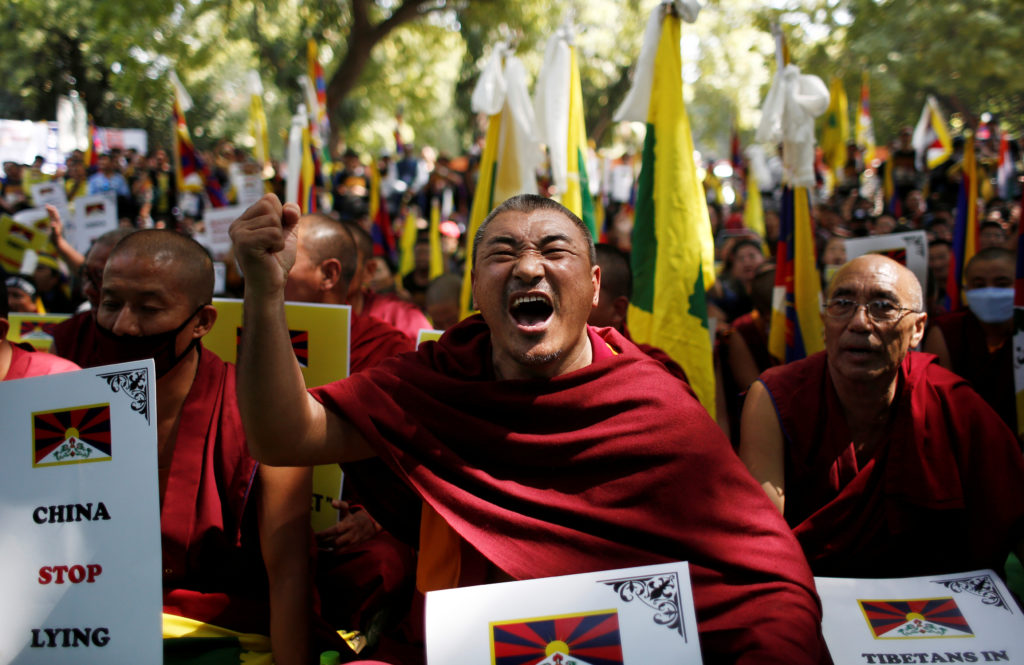 Tibetans shout slogans during a protest held to mark the 60th anniversary of the Tibetan uprising against Chinese rule, in New Delhi, India, March 10, 2019. Photo By Adnan Abidi/Reuters

On Sunday, an editorial in the Communist Party-run Tibet Daily attacked the Dalai Lama, Tibet’s traditional Buddhist leader, for what it said are his efforts to “sow chaos in Tibet.”

His “separatist plots are doomed to total failure,” the paper said.

The Dalai Lama has been living in the northern Indian town of Dharmsala since he fled from Tibet after a failed 1959 uprising against Chinese rule. Beijing accuses him of seeking to separate Tibet from China, which he denies.

Tibet is enveloped in smothering layers of Chinese security and many Tibetans abroad say the Himalayan region’s resources are being exploited for Beijing’s benefit while Tibet’s language and unique Buddhist culture is gradually being destroyed.

In India’s capital, New Delhi, at least 3,000 Tibetans marched about 3 kilometers (2 miles) through the center of the city on Sunday carrying Tibetan and Indian flags. Invoking India’s concerns over China’s expansive power in Asia and beyond, the marchers shouted slogans including “Tibet’s freedom is India’s security” and “India-China friendship is a sham.”

They also carried a portrait of the Dalai Lama while occasionally chanting slogans wishing him a long life and calling for freedom for Tibet.

“We have come here to remind the new generation that China snatched our country … that’s why we got together and started this movement,” said one marcher, Sonam Yougyal, 52. 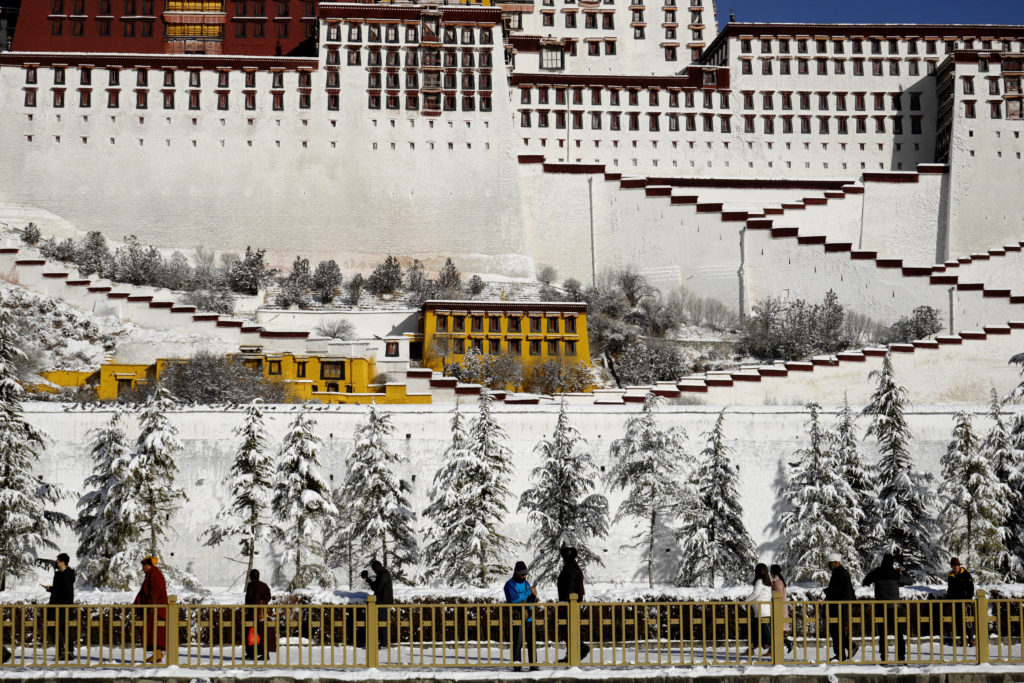 Hundreds of Tibetans and Taiwanese rallied in Taipei, the capital of the self-governing island democracy that China also claims as its territory.

Tashi Tsering, chair of the Human Rights Network for Tibet and Taiwan, recalled what he called China’s history of reneging on agreements to Tibetans and others.

“We should not trust the Communist Party of China whatever it says,” he said.

China says Tibet has been part of its territory for centuries, although many Tibetans say they were essentially independent for most of that time. Communist troops took control of the region in 1950 after a brief military struggle.

Conditions in the region are difficult to independently ascertain because foreign travelers must get special permission to enter the region. Access is rarely given to foreign journalists, and the region is closed to foreigners entirely during sensitive anniversaries.

The Xinhua editorial did not directly mention Sunday’s uprising anniversary, referring to the events of 1959 instead as the inauguration of “democratic reform” that saw the dismantlement of the Buddhist hierarchy and feudal structures.

“Sixty years since the epoch-making democratic reform in Tibet, people in the plateau region have enjoyed unprecedented human rights in history,” Xinhua said.

“Undeniable facts and figures” related to development “debunk the repeated lies and accusations that aim to smear Tibet’s human rights with vile motives,” it said. “Anyone without bias will recognize Tibet’s tremendous progress in human rights.”

Among the figures it cited were a rise in life expectancy of 35.5 years in the 1950s to nearly 70 now; a double-digit growth in regional GDP over the last quarter-century; and reduction of poverty by 80 percent.

China has refused to meet with the Dalai Lama or his representatives until they surrender their conditions for a greater degree of autonomy and submit to Beijing’s authority unequivocally.

On Wednesday, China’s Communist Party chief in Tibet insisted that the Tibetan people feel more affection toward the government than to the Dalai Lama, who fled following the abortive uprising against Chinese.

Chinese rule in Tibet has grown harsher since anti-government protests in 2008 culminated in attacks on businesses and individuals of Han Chinese ethnicity, the country’s ethnic majority.

The government says rioters killed 18 people. An unknown number of Tibetans were killed by security forces in the aftermath.

More recently, traditionally Tibetan regions of western China have been racked by a series of self-immolations by Buddhist clergy and lay people calling for the return of the Dalai Lama, now 83 years old.

Also, on a visit to Prague on Wednesday, the prime minister of the Tibetan government-in-exile said he was heartened to see support for his people in the Czech Republic.

“Each time I come here, I get encouraged, I get the fuel to go back and say ‘There are people around the world who support us, who believe us,'” said Lobsang Sangay.

Left: A Tibetan nun cries as she attends a protest held to mark the 60th anniversary of the Tibetan uprising against Chinese rule, in New Delhi, India, March 10, 2019. Photo by Adnan Abidi/Reuters