Tens of thousands of revelers in Jakarta were soaked by torrential rains as they waited for New Year’s Eve fireworks.

National Disaster Mitigation Agency spokesman Agus Wibowo said Wednesday that monsoon rains and rising rivers submerged at least 90 neighborhoods and triggered a landslide in Depok, a city on the outskirts of Jakarta.

Wibowo said the dead included a 16-year-old high school student who was electrocuted while more than 19,000 people were in temporary shelters after floodwaters reached up to 3 meters (10 feet) in several places.

Tens of thousands of revelers in Jakarta were soaked by torrential rains as they waited for New Year’s Eve fireworks.

Jakarta Gov. Anies Baswedan told reporters after conducting an aerial survey over the flooded city that as much as 370 millimeters (14.5 inches) of rainfall — more than three times the average amount — was recorded in Jakarta and West Java’s hilly areas during the New Year’s Eve, resulting in the Ciliwung and Cisadane rivers overflowing.

He said about 120,000 rescuers had been deployed to evacuate those affected and install mobile water pumps as more downpours were forecast in coming days. Authorities warned flooding was possible until April, when the rainy season ends.

He vowed his city administration would complete projects on the two rivers, including a dam and a sluice, to prevent flooding. 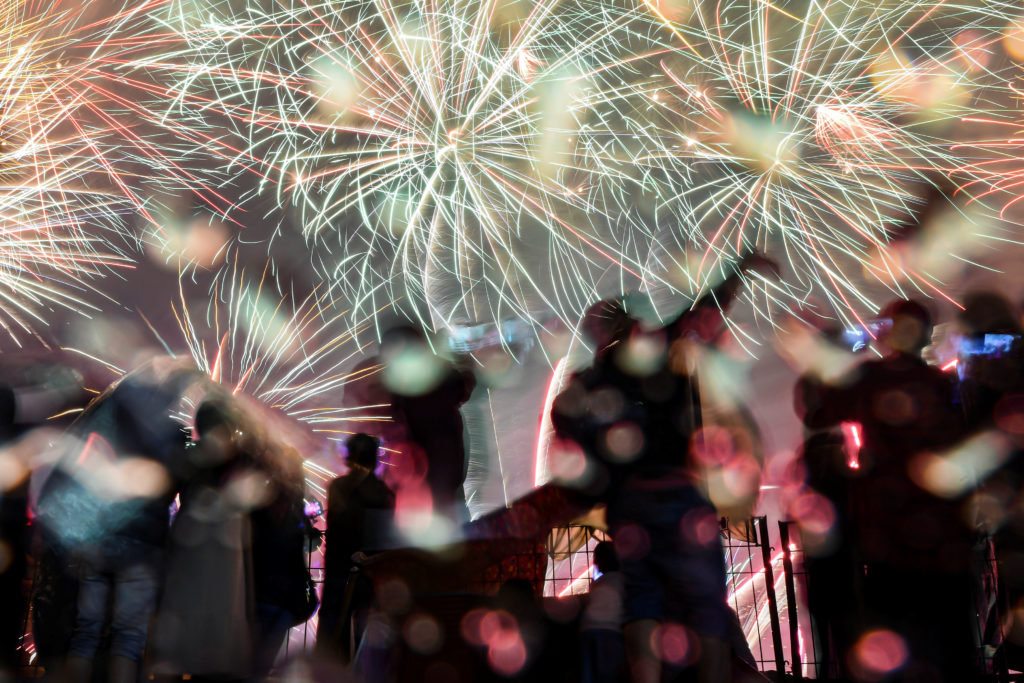 Television footage and photos released by the agency showed dozens of cars floating in muddy waters while soldiers and rescuers in rubber boats were struggling to evacuate children and the elderly who were holding out on the roofs of their squalid houses.

The floods inundated thousands of homes and buildings in poor and wealthy districts alike, forcing authorities to cut off electricity and water supplies and paralyzing transport networks, Wibowo said.

Jakarta is home to 10 million people, or 30 million including those in its greater metropolitan area. It is prone to earthquakes and flooding and is rapidly sinking due to uncontrolled extraction of ground water. Congestion is also estimated to cost the economy $6.5 billion a year.

President Joko Widodo announced in August that the capital will move to a site in sparsely populated East Kalimantan province on Borneo island, known for rainforests and orangutans.

Left: An elderly man uses an inflatable boat after floods hit his monastery in Jakarta, Indonesia January 1 2020, in this photo taken by Antara Foto. Antara Foto/Aprillio Akbar/via REUTERS ATTENTION EDITORS - THIS IMAGE WAS PROVIDED BY A THIRD PARTY. MANDATORY CREDIT. INDONESIA OUT. - RC2X6E9G6A21