At least 14 civilians were killed in the attack on the weekend destination, President Alassane Ouattara said during a visit to the site.

Al-Qaida in the Islamic Maghreb claimed responsibility for the attack, according to the SITE Intelligence Group, which monitors terrorists’ communications. 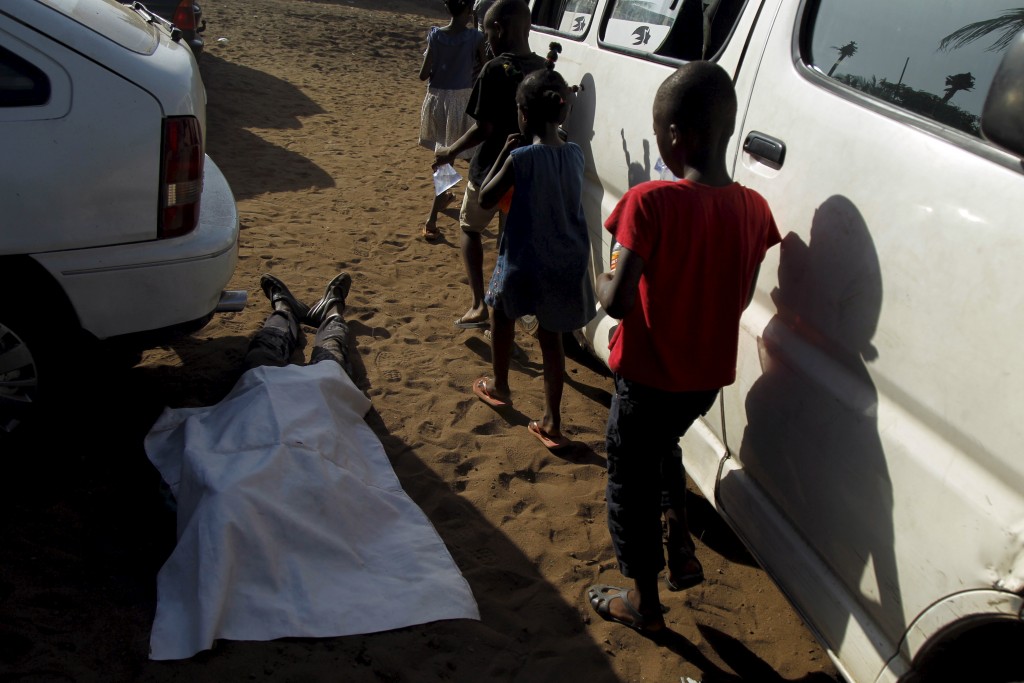 Boys walk by a body covered in tarp on the beach in Bassam, Ivory Coast, March 13, 2016. Photo by Luc Gnago/Reuters

A spokesman for France’s foreign ministry said one French national is believed to be among those killed in the shooting.

French President Francois Hollande denounced the “cowardly attack” in a statement, pledging the country’s logistical support and intelligence to Ivory Coast. France will “pursue and intensify its cooperation with its partners in the fight against terrorism,” he said.

The beaches, bars and hotels of the seaside resort town, located about 25 miles east of Abidjan, are popular for Ivorians and frequented by foreigners. 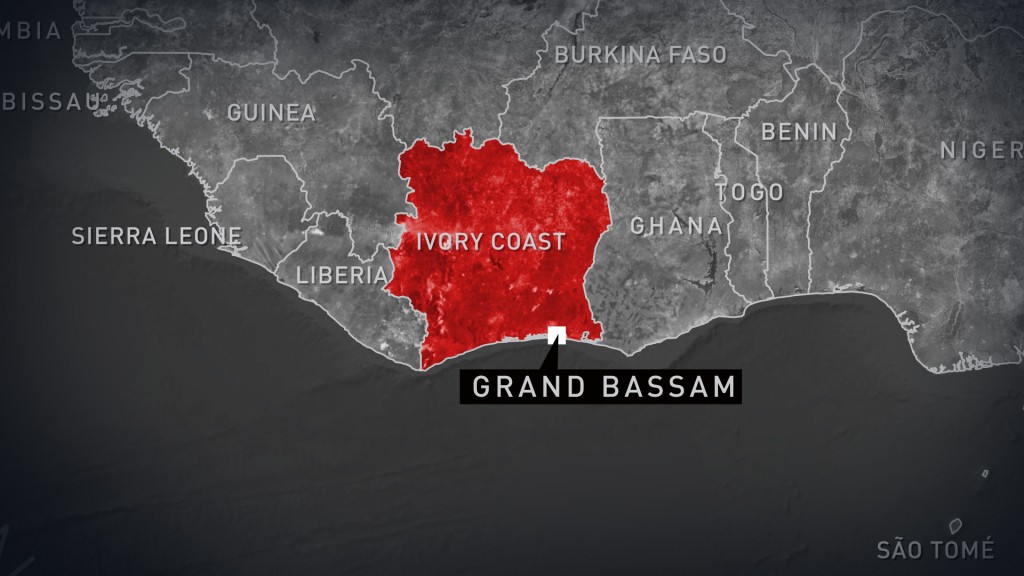 During the attack, people ran from the waterfront and residents hid in their homes as a barrage of gunfire rang out.

It was not immediately known whether the armed assailants were affiliated with any militant group.

The shooting marks the third major attack on a tourist center in a West African country since November, according to the Associated Press.