Cleanup resumes in Bahamas as Humberto swirls away

MCLEAN’S TOWN, Bahamas — Jeffrey Roberts lifted a mustard-yellow curtain from the ground to hunt for passports and other documents at the place where his family’s home stood before Hurricane Dorian blasted into Grand Bahama Island.

What was underneath was sodden and unrecognizable. He shuffled across a white tile floor, the only clear sign this had once been a house, and found a pair of rusty old pliers, only to toss them in frustration. They clattered across the tiles, breaking the silence that had enveloped the fishing community of McLean’s Town.

Roberts was one of thousands of people beginning to return to salvage what few scraps they can from the devastation of Dorian, even as the dark storm clouds of Tropical Storm Humberto hovered above to remind that that the storm season has not yet passed.

“We got to take what God gives us,” Roberts said. 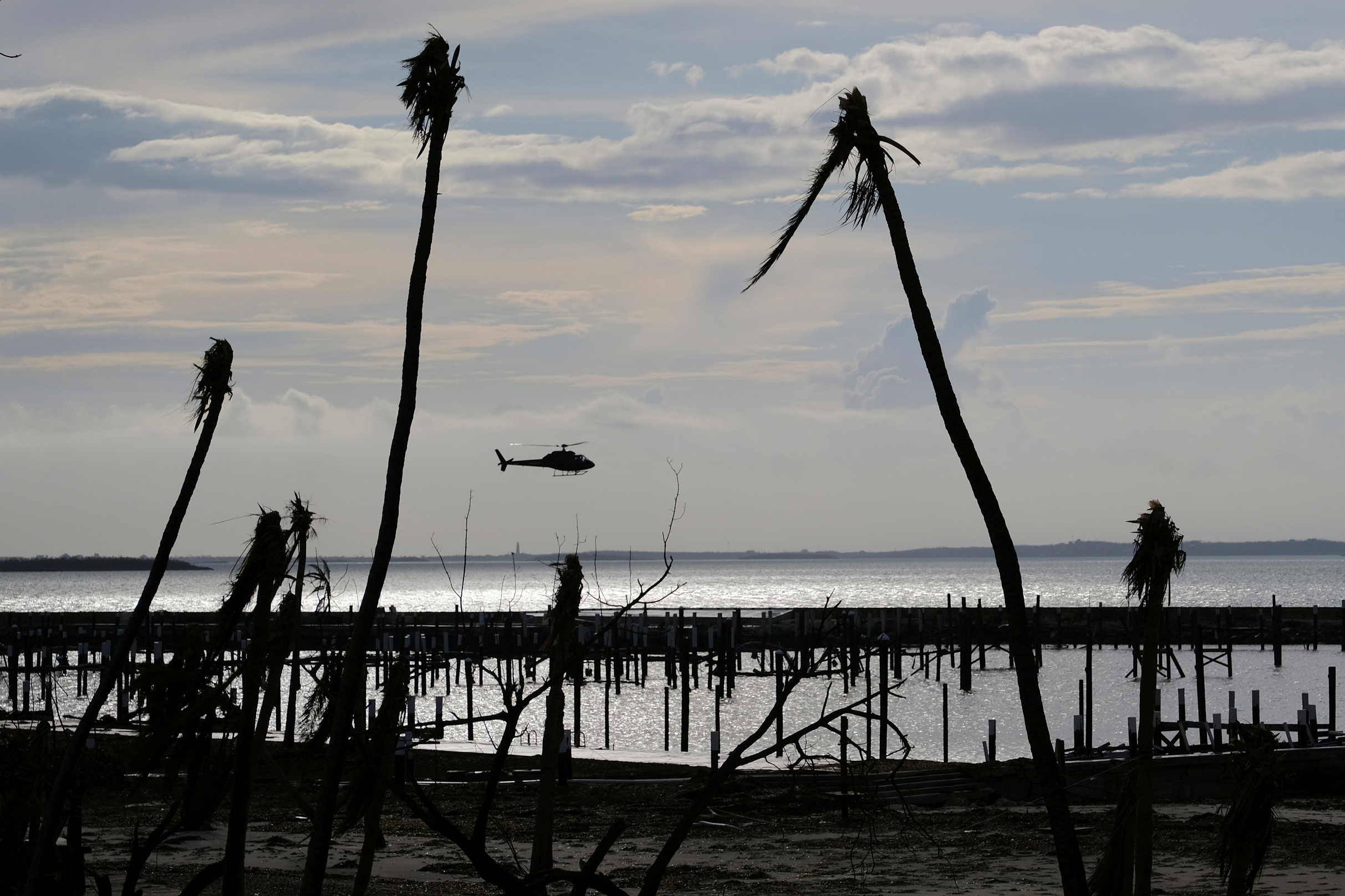 In this case, at least, that was a break: Humberto narrowly missed the island over the weekend and was projected to curve north and then northeast, staying well off of Florida’s east coast.

By late Sunday morning, the U.S. National Hurricane Center said the storm was located about 180 miles (290 kilometers) north-northwest of Great Abaco Island and was moving at 7 mph (11 kph) north-northwest with maximum sustained winds of 65 mph (100 kph). It was still rousing gusty winds across the northwestern Bahamas

The U.S. National Hurricane Center said it would likely become a hurricane by Sunday night, but would remain far from the Bahamas and the U.S. coast by the time it reaches that strength.

The storm briefly shuttered a couple of small airports, sent people in damaged homes to seek shelter and threatened to interrupt the distribution of sorely needed supplies, including food and water.

As the storm passed, however, Roberts and others were already returning to the task at hand: resuming their cleanup and recovery efforts in communities such as McLean’s Town devastated by Hurricane Dorian two weeks ago.

U.N. Secretary-General Antonio Guterres visited the nearby island of Great Abaco on Saturday to support humanitarian efforts in the wake of the storm, which left thousands in need of food, water and shelter.

“Hurricane Dorian has been classified as Category 5. I think it’s Category Hell,” the secretary-general said, adding he was horrified by the “level of systematic devastation.”

The islands’ official death toll from the hurricane remained at 50 and the number of missing at an alarming 1,300 people, although officials cautioned the list is preliminary and many people could just be unable to connect with loved ones.

Meanwhile, detritus was piled high in the fishing village at the eastern end of Grand Bahama as neighbors tried to salvage what was left behind.

Patrice Higgs stood barefoot in her backyard with gray mud caked on her feet, staring listlessly at the horizon. She occasionally pointed at some of her belongings that remained tangled in the debris and out of reach, including a cream-colored loveseat.

She said she lost five relatives to Dorian.

“My sister, my niece, my nephew, my aunty and my cousin,” she said, as dark clouds threatening rain hung overhead.

The couple then took a break and sat outside as they watched a neighbor, Cecil Leathen, pry his boat out of fallen trees with the help of a backhoe operated by another neighbor.

Friends nestled a soggy couch cushion between the backhoe and the boat’s motor to protect it as they successfully pushed it onto a trailer.

Then Leathen raised his right fist into the air in celebration.

“It takes some time,” he said. “But we’ll get it back together.”

Left: A child's bicycle is seen in a destroyed neighborhood in the wake of Hurricane Dorian in Marsh Harbour, Great Abaco, Bahamas, September 7, 2019. Photo by Loren Elliott/Reuters.