Questions swirl over Russian plane crash in Egypt that killed 224

Orthodox priests conducted special services and flags flew at half-staff above the Kremlin Sunday in commemoration of the Russian citizens who died Saturday when their plane crashed in Egypt’s Sinai Peninsula, the country’s worst air disaster ever.

Russian MetroJet flight 9268 lost radio contact and crashed in a desolate, mountainous region of the central Sinai called Hassana early Saturday morning, less than half an hour after it took off from the popular Red Sea resort city of Sharm el-Sheikh. All 224 people on board, nearly all of whom were Russian, died, officials said.

As Russia mourned its dead and Egyptian authorities evacuated bodies and examined debris at the crash site, new information about the disaster came to light, though many questions remain in the case of the downed jet, whose cause remains uncertain.

In a Saturday interview on Russian state-owned NTV, Natalya Trukhacheva, the wife of deceased co-pilot Sergei Trukachev said that her husband had complained about the condition of the plane.

Trukhacheva told NTV that her husband spoke with their daughter “before he flew out. He complained before the flight that the technical condition of the aircraft left much to be desired,” The Associated Press reported.

Russia’s state-funded RIA Novosti news agency reported Saturday that an unnamed source at the airport in Sharm el-Sheikh said the plane’s crew had complained to the airport’s technical service that the 18-year-old Airbus 321 had engine problems. 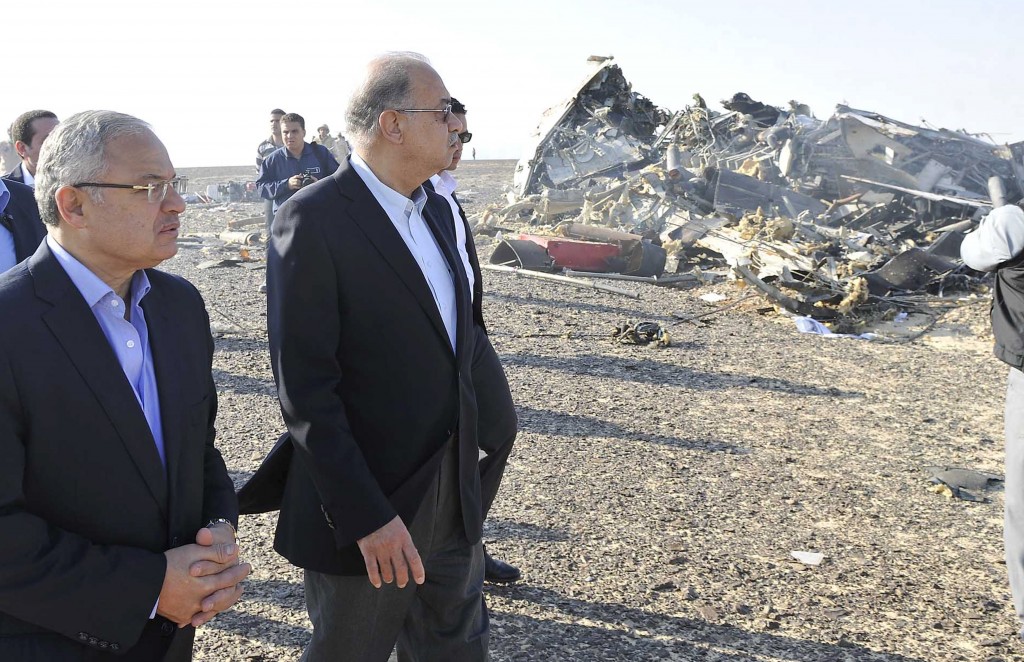 According to Russian news reports, Russian investigators have already examined the quality of the fuel used by the airliner and found that it met necessary requirements, Reuters reported.

An official with Egypt’s Aviation Incidents Committee, Ayman al-Muqadem, said that the pilot requested an emergency landing before losing communication.

The Swedish flight tracking website FlightRadar24, which tracked flight 9268’s flight data before the crash, reports that the plane did not “squawk 7700” (aviation slang for setting a plane’s transponder to the international emergency code of 7700).

Because the plane did not take such action, some early reports claimed mistakenly that the pilots did not issue and SOS call, but it seems the pilots did inform ground control of their plan to attempt an emergency landing at an airport about 40 miles from the crash site.

Soon after the plane crashed Saturday, a local ISIS affiliate called Sinai Province of the Islamic State released a statement claiming responsibility for the crash, saying it downed the plan in retaliation for Russia’s recent military support for the Syrian regime of Bashar al-Assad.

Many experts and officials expressed skepticism Saturday about the group’s claim, which nonetheless circulated widely on social media.

Russian transportation minister Maxim Sokolov said militants could not have used a missile to bring down the jet. “Such reports cannot be considered true,” he told the Interfax news agency, according to the BBC.

“We are in close touch with our colleagues from Egypt and their air traffic authorities, and they have nothing at the moment which could confirm such fabrications,” Sokolov said.

“They can put out whatever statements they want but there is no proof at this point that terrorists were responsible for this plane crash. We will know the true reasons when the Civil Aviation Authority in coordination with Russian authorities completes its investigation. But the army sees no authenticity to the claims,” Samir said, according to The Guardian.

Experts also questioned the group’s account, pointing out that local militants are not believed to possess weapons capable of hitting the plane at its cruising height of 31,000 feet.

Interfax, a Russian news agency, reported Sunday that Russia has grounded MetroJet’s fleet of Airbus A321 jets, the same model as the crashed plane, according to a Reuters report.

Interfax said the Russian transportation regulator Rostransnadzor, which oversees civil aviation, told MetroJet to ground its A321 fleet until investigators determined the cause of the Sinai crash.

However, another Russian news agency reported that a MetroJet spokesperson denied receiving the order, Reuters reported.

Several airlines whose planes normally fly over the Sinai have rerouted their aircraft pending further information about the causes of the crash.

Two major European carriers, the German airline Lufthansa and Air France, said Saturday that they will stop flying over the Sinai as a precautionary measure while the crash is under investigation.

Three United Arab Emirates airlines, Emirates, Air Arabia and flydubai, announced Sunday that they, too, will reroute plans around the Sinai for the time being.

In separate statements emailed to Reuters, the airlines said they were monitoring the area closely and rerouting planes as a security precaution.

Rerouting raises airlines’ fuel costs, since the planes must generally fly farther in order to do so.

Details emerge about the passengers

Most of the 217 passengers — and all seven crew members — were Russians, with the exceptions of three Ukrainian citizens and one passenger from Belarus.

Most of those on board were vacationers returning home to St. Petersburg from Red Sea resorts popular with Russian tourists. 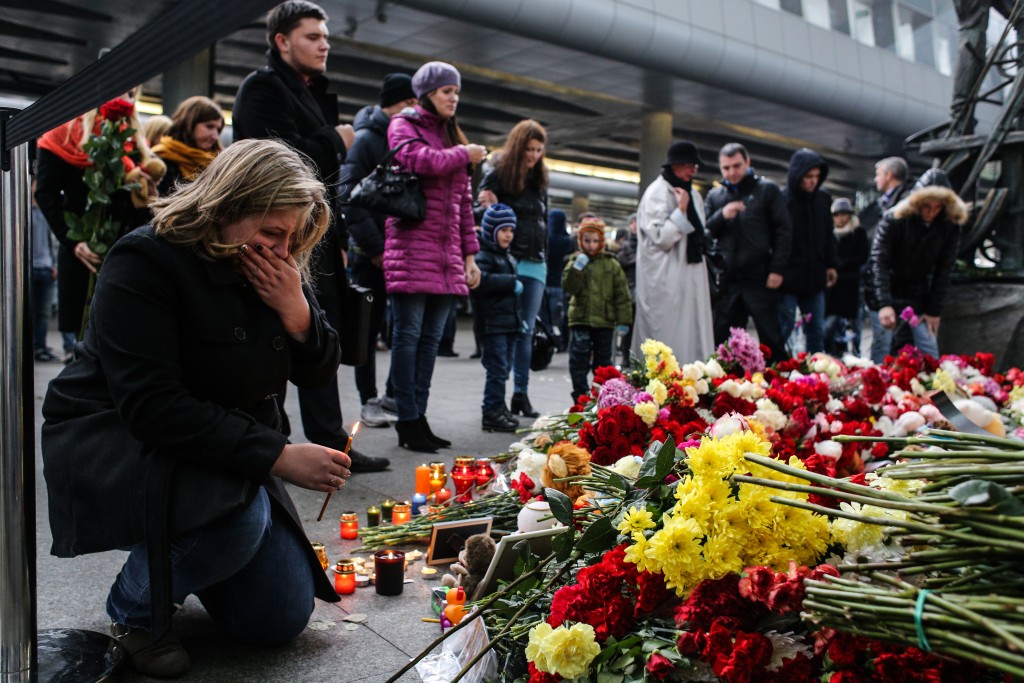 A woman holds a candle at a memorial for the victims of Airbus A321 crash at the Pulkovo Airport on November 1, 2015 in St. Petersburg, Russia. Photo by Alexander Aksakov/Getty Images.

Russian newspaper RBK reported that the passenger manifest included many people who shared last names, indicating many families on board, and at least 17 of those killed were children.

More than half of the bodies have been recovered and moved to a morgue in Cairo, after which they will be returned to their home countries.

Egyptian officials have recovered both of the so-called black boxes, devices that record flight data and cockpit voice recordings, from the crash site, and officials say the recorders are intact.

“It is too early to speak about the crash causes. The plane broke down in midair and its fragments are scattered over a vast area of about” eight square miles, Sorochenko said.

Russian investigators said it may take months to examine the entire debris field, an area roughly six times the size of Central Park.

Left: A Russian presidential banner flies at half-staff on the roof of Kremlin Senate in Moscow, Russia on November 1, 2015. Sunday was declared a day of mourning after a Russian plane crashed in Egypt's Sinai Peninsula on Saturday, killing all 224 people on board. Photo by Maxim Shemetov/Reuters.