Ethiopia under state of emergency after prime minister resigns

A state of emergency installed after the resignation of Ethiopia’s prime minister Thursday will continue for the next six months, a high-ranking official said Saturday, according to the Associated Press.

Siraj Fegessa, country’s defense minister, also said the emergency declaration could be extended for an additional four months, and that the military would not attempt to take over the government during this time.

Earlier in the week, widespread protests in Ethiopia’s Oromia region shut down traffic as demonstrators held rallies calling for reforms and opposing the imprisonment of an opposition leader, who was released from custody on Tuesday. 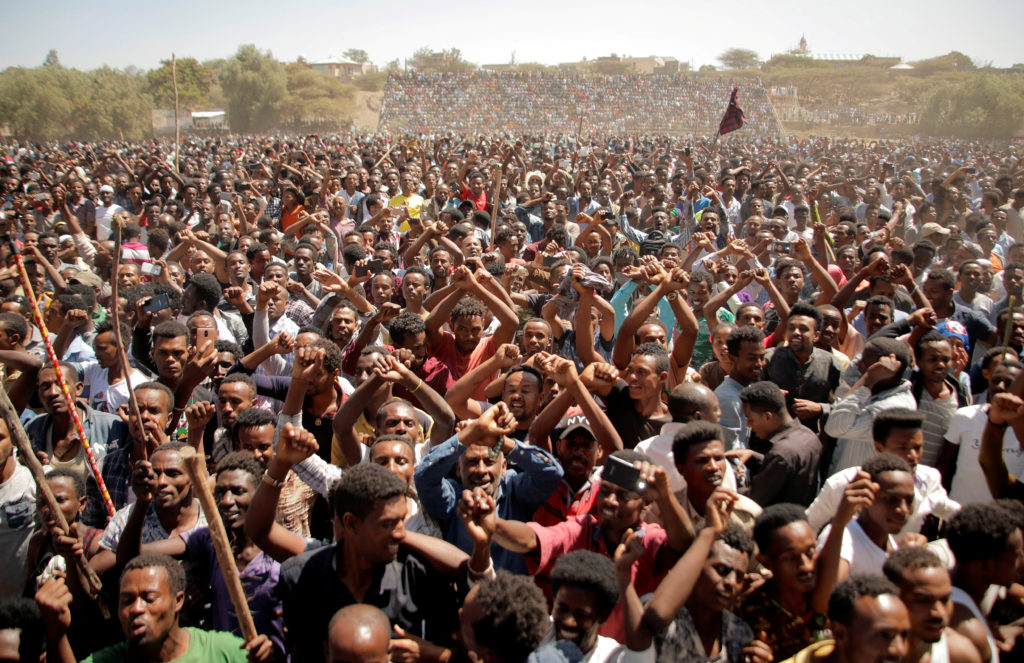 Prime Minister Hailemariam Desalegn tendered his resignation two days later, though he continues to remain in office temporarily, a move he said would help political reforms and one that caused Ethiopia’s cabinet to declare a state of emergency, citing ethnic unrest. However, that process has not been formally approved by lawmakers, the AP reported.

The declaration would allow Ethiopian security forces to crack down on demonstrations, ban some publications from distributing material “that could incite and sow discord” and establish a special court for people who break those rules.

“The government has previously made several efforts to curtail violence, but lives have continued to be lost, many have been displaced and economic infrastructure has been damaged,” Fegessa said.

The most recent state of emergency in Ethiopia is the second the country’s government has put in place since 2016, following protests that killed dozens of demonstrators. The measure led to the arrest of more than 22,000 people before it was lifted in August.

The U.S. Embassy to Ethiopia on Saturday released a statement opposing the most recent state of emergency declaration.

“We strongly urge the government to rethink this approach and identify other means to protect lives and property while preserving, and indeed expanding, the space for meaningful dialogue and political participation that can pave the way to a lasting democracy,” the statement read.