These 10 humanitarian crises got the least attention last year

North Korea’s missile program dominates news coverage, but the humanitarian situation there is equally dire, according to a report released this week by aid organization CARE, which deemed 10 crises the world’s most under-reported.

It’s hard to know why some conflicts — like Syria, South Sudan and Myanmar’s Rohingya refugee exodus — garner more press attention, said Sheba Crocker, vice president for humanitarian programs and policy at CARE USA. In Syria, it might be the level of atrocities and the politically charged environment, she said. In Myanmar, it might have been how quickly the crisis developed (after an insurgent attack of police stations in August and brutal crackdown by security forces, more than 647,000 Rohingya refugees fled to Bangladesh).

There are so many large-scale humanitarian crises occurring at any given time, and some of them barely break through to large-scale public awareness.

But there are so many large-scale humanitarian crises occurring at any given time, Crocker said, and some of them barely break through to large-scale public awareness. The report is based on the media coverage of 39 natural or manmade disasters from 2017, which were analyzed in English, French and German with help from the Meltwater Group.

In places where government restrictions or logistics make it nearly impossible for foreign journalists and aid groups to go, individual residents using social media can help get on-the-ground information out to the world, especially in the beginning stages of a conflict or natural disaster, she said.

CARE, like many other nongovernmental organizations, depends on local partners to reach people in need — even more so in countries where getting around is a challenge, Crocker added.

Two in five North Koreans are undernourished and most of the population depends on food aid, according to the United Nations. In 2017, a below-average rainfall damaged crops and interrupted plantings in the reclusive country, putting its people at further risk. 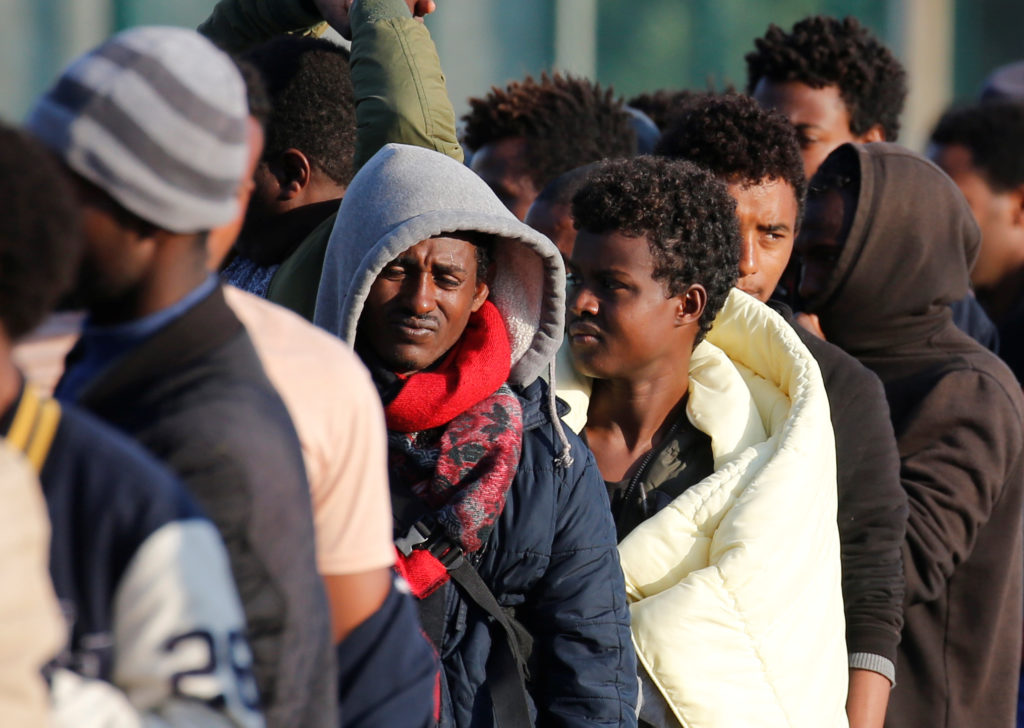 Migrants from Ethiopia and Eritrea wait in line at a food distribution center in Calais, France, on Aug. 23. Photo by Pascal Rossignol/Reuters

Limited access to Eritrea hinders media coverage and humanitarian assistance within the East African country. Droughts are adding to residents’ lack of food and water due to El Nino’s dry spells, which put the population at risk of malnutrition and disease, along with impairing children’s physical and cognitive development, according to CARE. 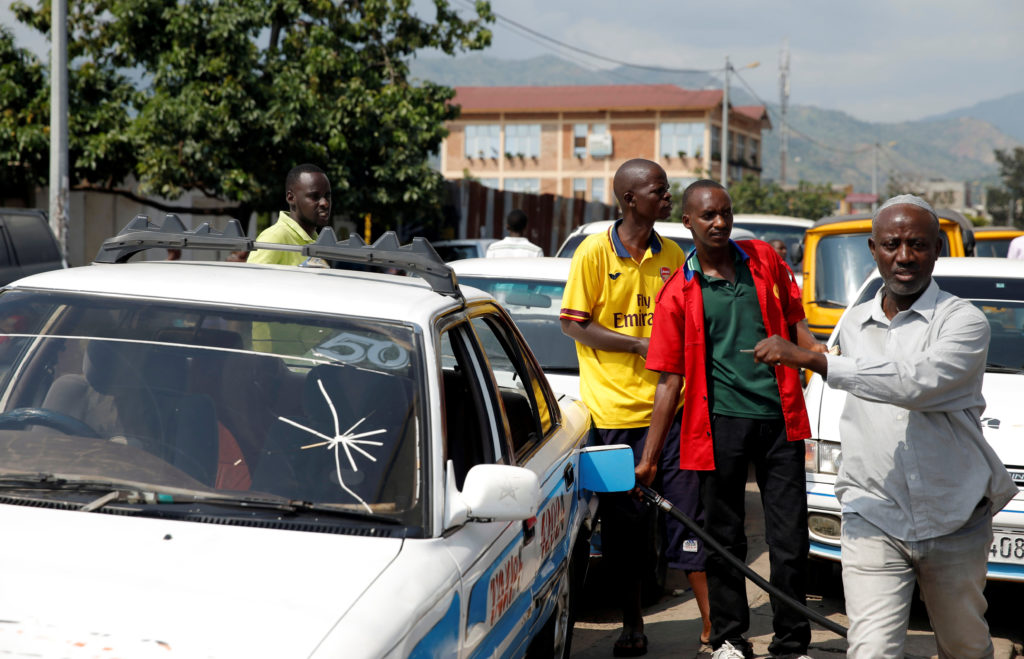 Drivers formed long lines at gas stations amid a fuel shortage in Bujumbura, Burundi, on May 30. Photo by Evard Ngendakumana/Reuters

Since an attempted coup in 2015 when President Pierre Nkurunziza announced he would seek a third term, Burundi in East Africa has continued to experience political and economic turmoil. Refugees are flowing out of the country, donor aid is dropping, and the United Nations reports high levels of severe acute malnutrition and concerns over cholera. 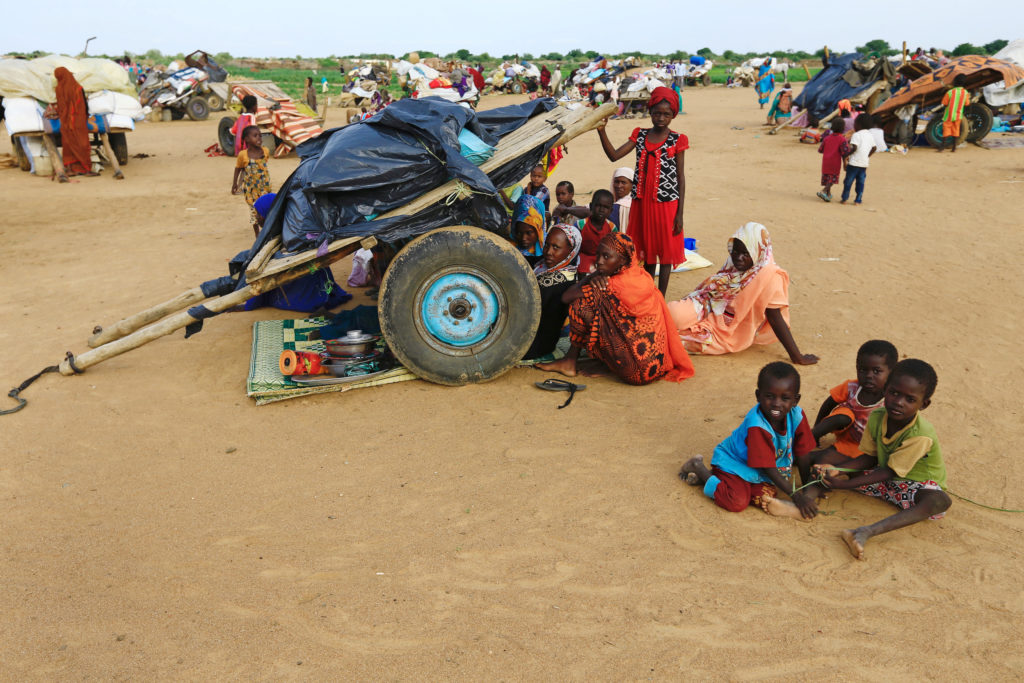 For 13 years, violence and hunger have afflicted Sudan, particularly in the western province of Darfur, and more than 2 million people remain displaced within the country. Although the government and most armed opposition groups entered ceasefires in June 2016, displaced camps remain basically lawless and fighting between ethnic groups — mostly over land — continue to spring up.

5. Democratic Republic of the Congo 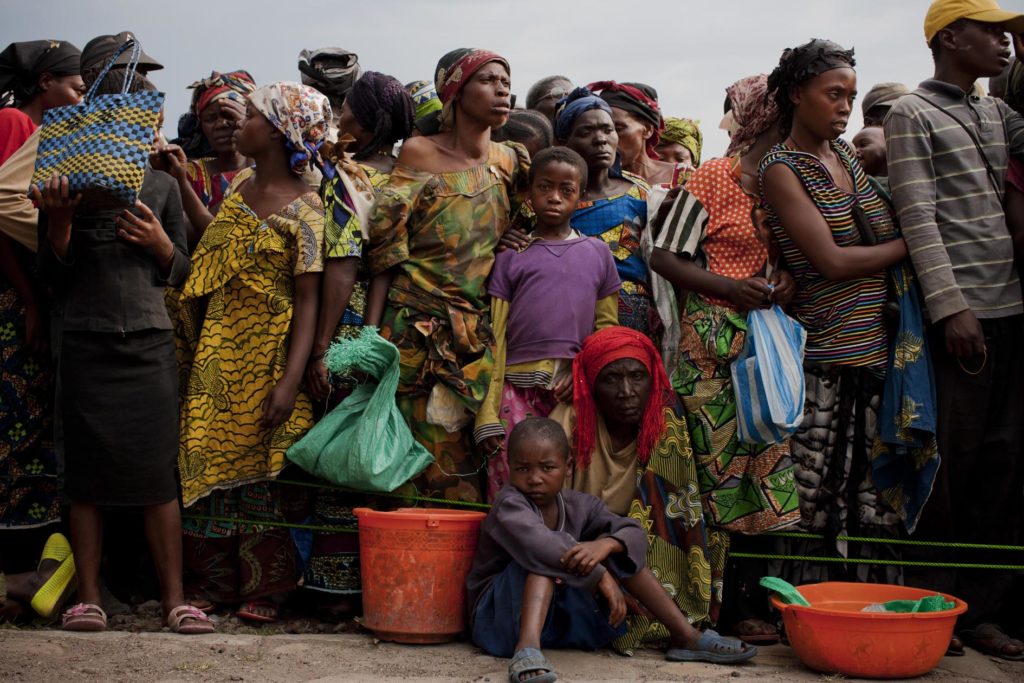 Families line up for food rations at Don Bosco Orphanage in Goma, Democratic Republic of Congo, in Nov. 2012. Photo by Kate Holt/CARE

Battles between the army, militia and armed groups in the Democratic Republic of the Congo has caused “one of the worst displacement crises for children,” according to UNICEF. Children can’t access health care and education, are being recruited as soldiers and are suffering from sexual abuse. 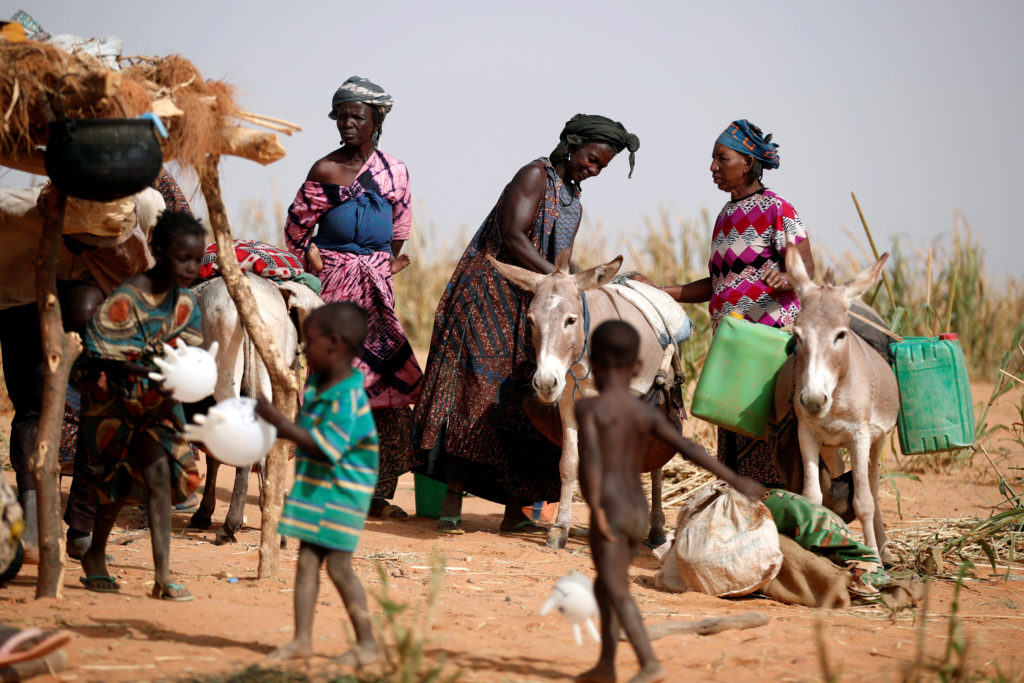 Women and children receive assistance during a regional anti-insurgent operation in Tin Hama, Mali, on Oct. 19. Photo by Benoit Tessier/Reuters 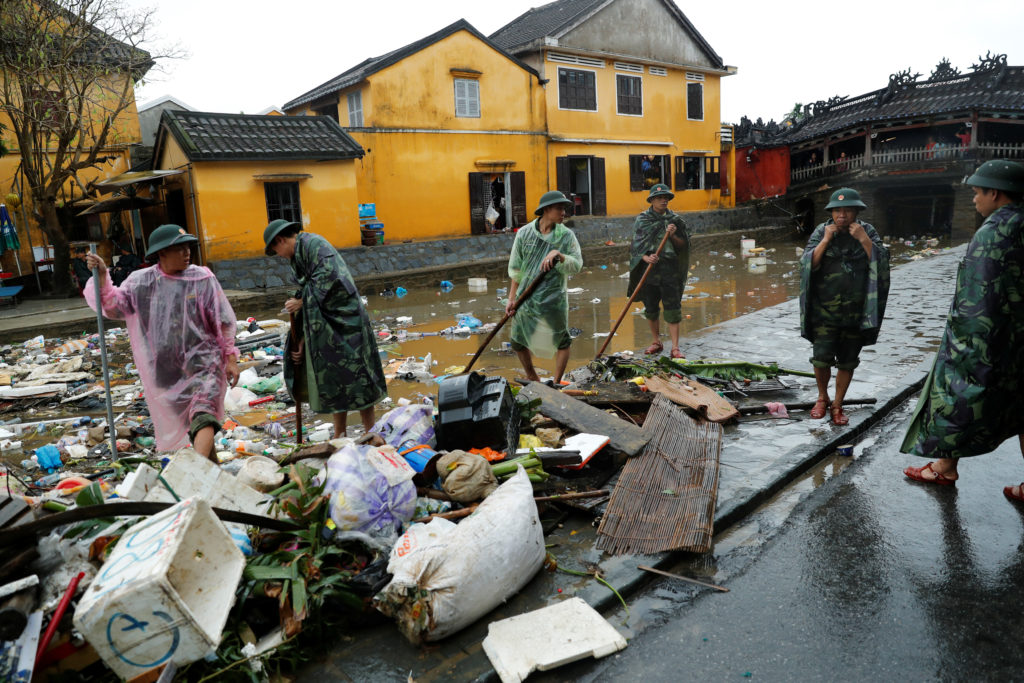 Vietnamese soldiers clean debris caused by flooding by Typhoon Damrey in the UNESCO heritage town of Hoi An on Nov. 8. Photo by Jorge Silva/Reuters 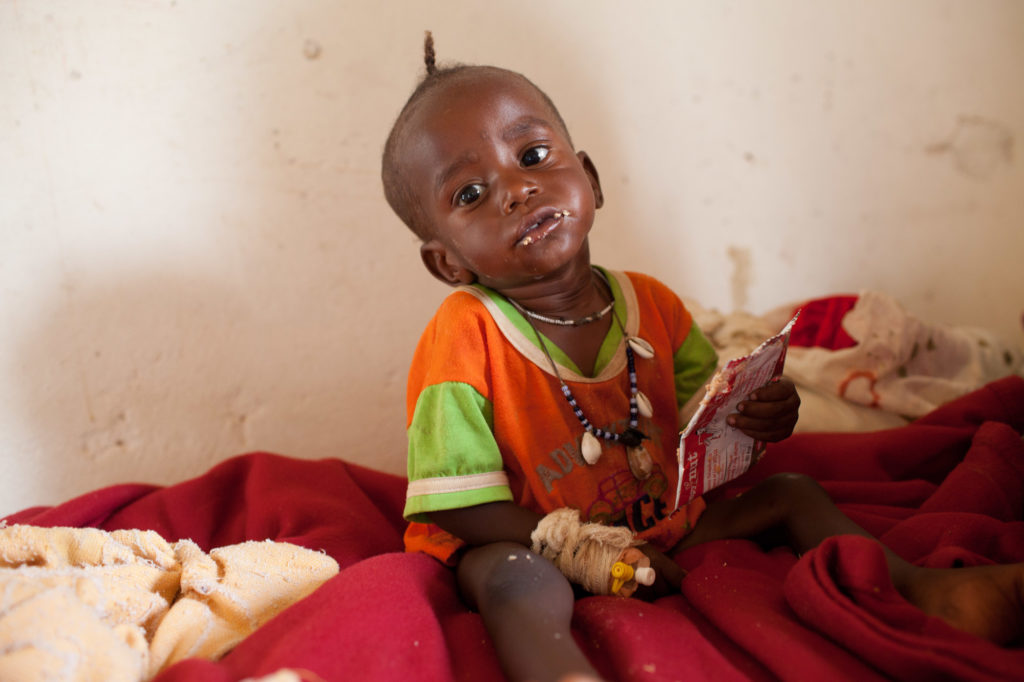 Attacks by militant Islamist group Boko Haram in the Lake Chad basin, which includes Nigeria, Cameroon, Chad and Niger, are causing families to flee to other communities and temporary camps. “People have been forced to sell livestock to buy food. Women and children are walking increasingly further in search of water, some spending as many as 12 hours a day at the chore,” according to CARE. 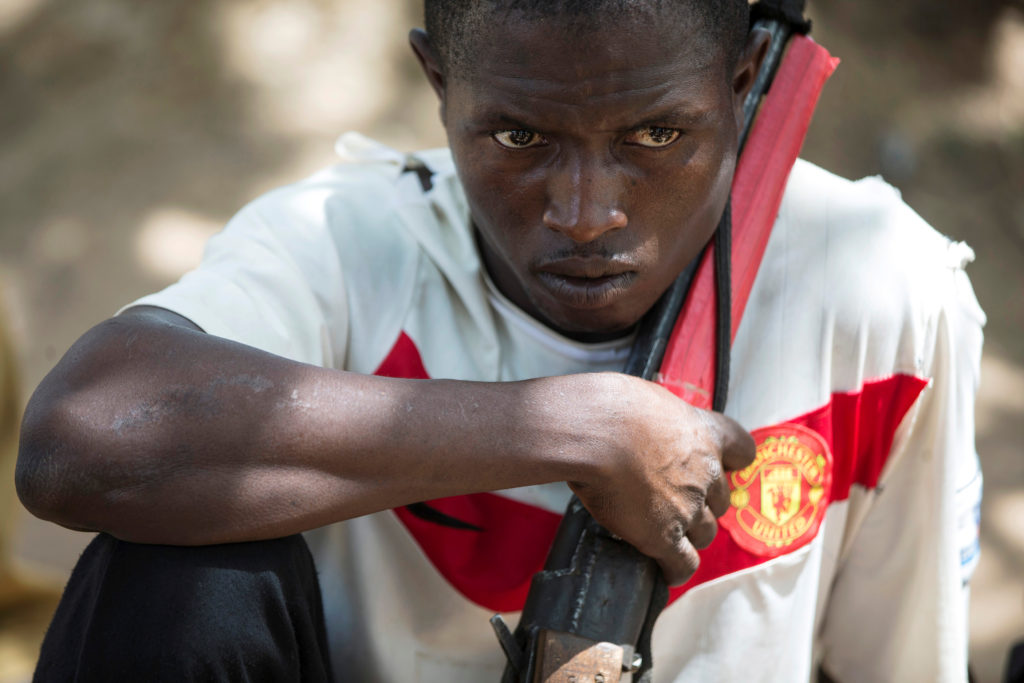 A member of the Anti-Balaka armed militia holds his rifle in the village of Makunzi Wali, Central African Republic, on April 27. Photo by Baz Ratner/Reuters

Armed conflict and political upheaval in the Central African Republic caused more than 600,000 people to leave their homes for safety last year. Many are fleeing to neighboring Cameroon, Democratic Republic of the Congo, Chad and the Republic of Congo, taxing those countries as well. 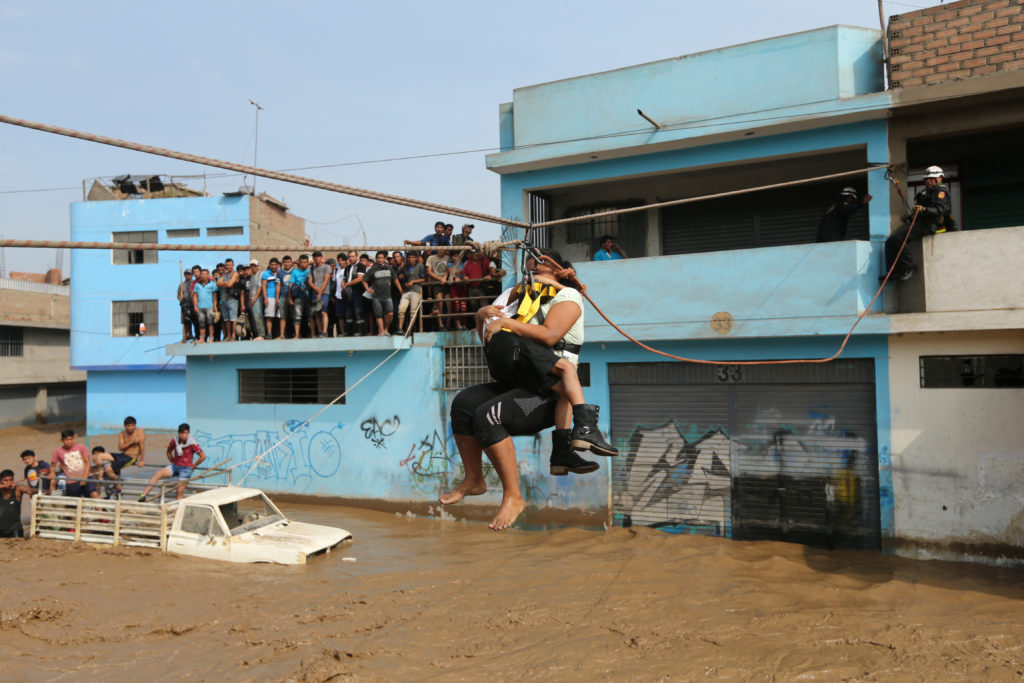 A woman and a child get rescued after a massive landslide and flood hit the Huachipa district of Lima, Peru, on March 17. Photo by Guadalupe Pardo/Reuters

Peru got 10 times more rain than usual last spring, caused by warm ocean water, triggering flooding and mudslides that killed dozens of people. Rescuers pulled people across gushing waters as roads and buildings washed away. A state of emergency was declared in 12 regions.

Above: People look toward North Korea through a barbed-wire fence near the demilitarized zone separating the two Koreas, in Paju, South Korea, on Dec. 21. Photo by Kim Hong-Ji/Reuters