BRUSSELS — F From Germany and France to Cyprus and Estonia, voters from 21 nations went to the polls Sunday in the final day of a crucial European Parliament election that could see major gains by the far-right, nationalist and populist movements that are on the rise across much of the continent.

The four days of balloting that began Thursday across the 28-country European Union pitted supporters of closer unity against those who consider the EU a meddlesome and bureaucratic presence and want to return power to national governments and sharply restrict immigration.

Italy’s Interior Minister Matteo Salvini, seen as a unifying force among the anti-migrant hard-line nationalists, said that he felt a “change in the air” and that a victory by his right-wing League party would “change everything in Europe.”

The first full results were expected overnight from what was considered the most important European Parliament election in decades, a contest with the potential to significantly reshape EU policies. An estimated 426 million people were eligible to vote.

Mainstream center-right and center-left parties were widely expected to hold on to power in the 751-seat legislature that sits in both Brussels and Strasbourg. But the nationalist and populist parties that are hostile to the EU were expected to make important gains that could complicate the workings of the Parliament. 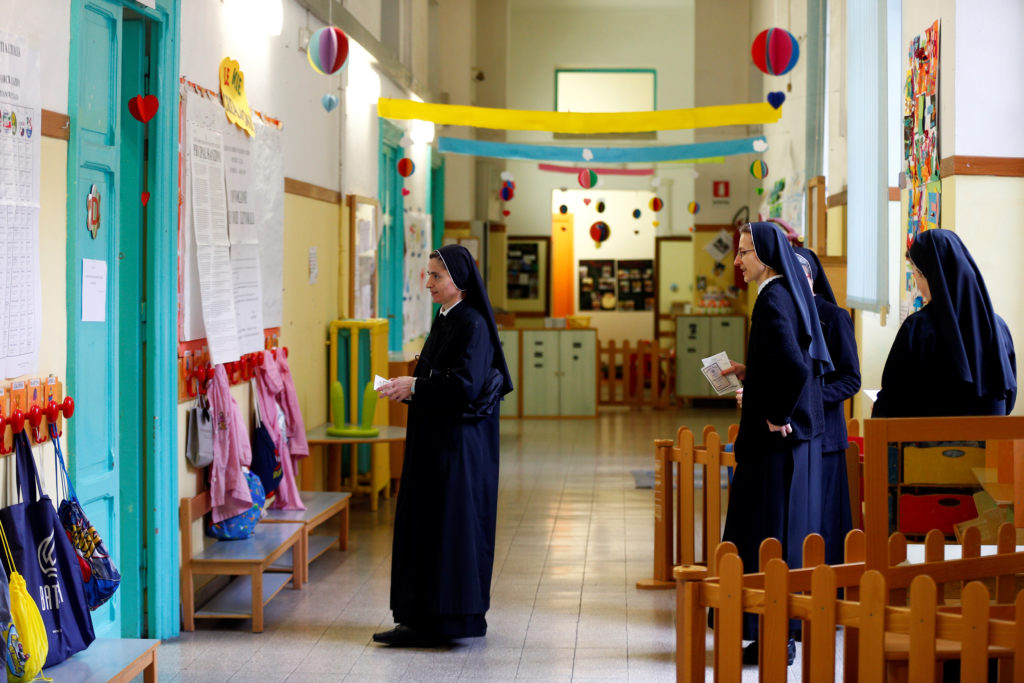 Nuns arrive to cast their votes in the European Parliament elections at a polling station in Rome, Italy May 26, 2019. Photo by Yara Nardi/Reuters

In the first major exit poll, in Germany, the EU’s biggest country, governing parties were predicted to lose ground while the Greens were set for big gains. The far right was also expected to pick up more support.

“I don’t want to see a right-populist Europe (that) wants to destroy the idea of togetherness,” said Germany’s Manfred Weber, the lead candidate of the Christian Democrat center-right EPP group, currently the biggest in the legislature.

Hungary’s increasingly authoritarian prime minister Viktor Orban, a possible ally of Salvini, said he hopes the election will bring a shift toward political parties that want to stop migration. The migration issue “will reorganize the political spectrum in the European Union,” he said.

Because of the stakes this time, turnout appeared to be running higher than usual during the afternoon Sunday in Spain, France and Germany. The trend has been downward since the first elections in 1979 and stood at less than 43 percent five years ago.

In France, the interior ministry said turnout was over 43% at 5 p.m., compared with 35% at the same time in 2014. Several French polling institutes estimated the final turnout could be over 50% at the end of the day, which would be a first in the country since 1994.

The EU and its Parliament set trade policy on the continent, regulate agriculture, oversee antitrust enforcement and set monetary policy for 19 of the 28 nations sharing the euro currency. 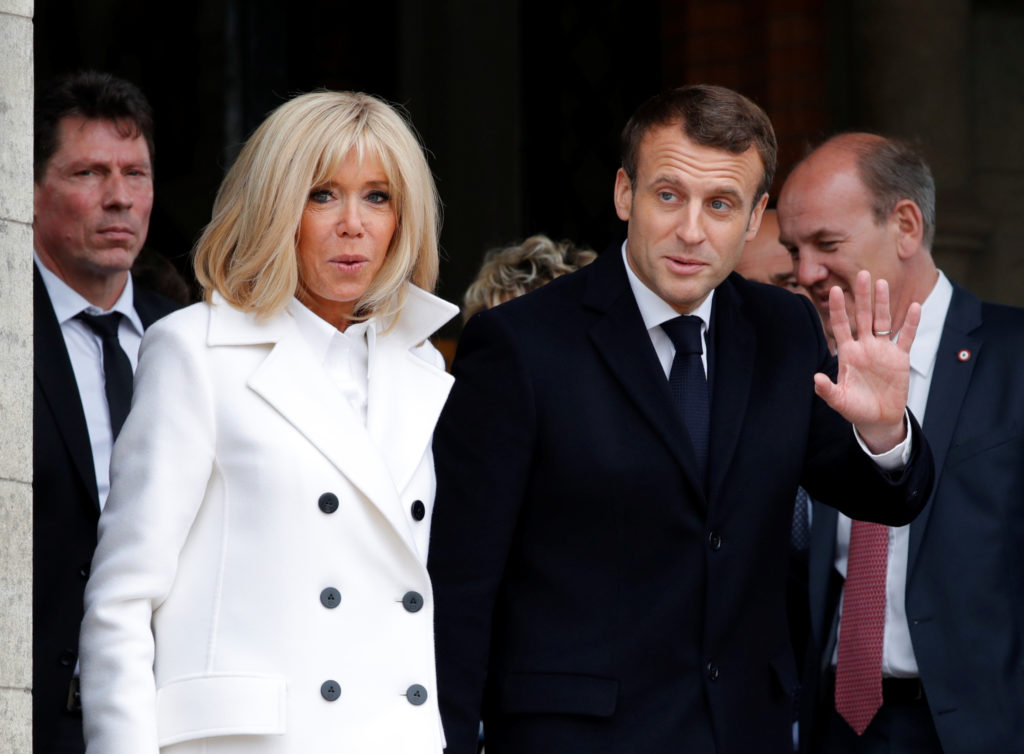 French President Emmanuel Macron and his wife Brigitte leave after casting their ballots during the European Parliament Elections, in Le Touquet, France, May 26, 2019. Photo By Philippe Wojazer/Reuters

Britain voted Thursday, taking part in the balloting even though it is planning to leave the EU, after the government missed its March 29 deadline to approve withdrawal terms. Its EU lawmakers would lose their jobs as soon as Brexit happens.

Europe has been roiled in the past few years by immigration from the Mideast and Africa and deadly attacks by Islamic extremists. It has also seen rising tensions over economic inequality and growing hostility toward the political establishment — sentiments not unlike those that got Donald Trump elected in the U.S.

Traditional parties like the EPP and the center-left socialist S&D group want the mainstream to build a strong coalition to stave off the fringe parties. Spanish caretaker Prime Minister Pedro Sánchez called on “all the political forces to open a horizon of political stability.”

Projections released by the Parliament last month showed the EPP bloc losing 37 of its 217 seats and the S&D group dropping from 186 seats to 149. On the far-right flank, the Europe of Nations and Freedom group was predicted to increase its bloc from 37 to 62 seats.

Proponents of stronger EU integration, led by French President Emmanuel Macron , argue that issues like climate change and reining in immigration are simply too big for any one country to tackle alone.

Macron, whose country has been rocked in recent months by the populist yellow vest movement, has called the elections “the most important since 1979 because the Union is facing an existential risk” from nationalists seeking to divide the bloc.

Once the elections are over, European leaders will begin the task of selecting candidates for the top jobs in the EU’s headquarters in Brussels. The leaders meet for a summit over dinner Tuesday. Current European lawmakers’ terms end July 1, and the new parliament will be seated the following day.

Left: European Parliament election ballots sit on a table at a polling station in Madrid, Spain, May 26, 2019. Photo By Susana Vera/Reuters