PEMBA, Mozambique — Mozambique’s government urged many people to immediately seek higher ground on Saturday in the wake of Cyclone Kenneth, fearing flooding and mudslides in the days ahead as heavy rain lashed the region.

At least five people were killed, the government said. Mozambique’s disaster management agency said one person had died in Pemba city and another in hard-hit Macomia district, while residents on Ibo island said two people died there. Details on the fifth death were not immediately available.

Nearly 3,500 homes in parts of the country’s northernmost Cabo Delgado province were partially or fully destroyed, with electricity cut, some roads blocked and at least one key bridge collapsed. Some schools and health centers were damaged. Nearly 700,000 people could be at risk, many left exposed and hungry as waters rise.

At least 3 people have died since Cyclone Kenneth made landfall in Mozambique pic.twitter.com/yCQQYZ6nGw

“There’s a very intense strip of destruction where the wind first made impact in coastal districts,” Nicholas Finney, response team leader with the aid group Save the Children, told The Associated Press after visiting Macomia district. The team found people in shock in a region where a cyclone had never been recorded in the modern age.

Terrified children and traumatized parents “face a huge task to start to rebuild,” he said.

Rain is forecast over the next several days, and Mozambique’s meteorological authority said the storm could potentially move back out to sea and intensify again, Finney added. “It doesn’t look good, quite honestly,” he said of the risk of flooding. 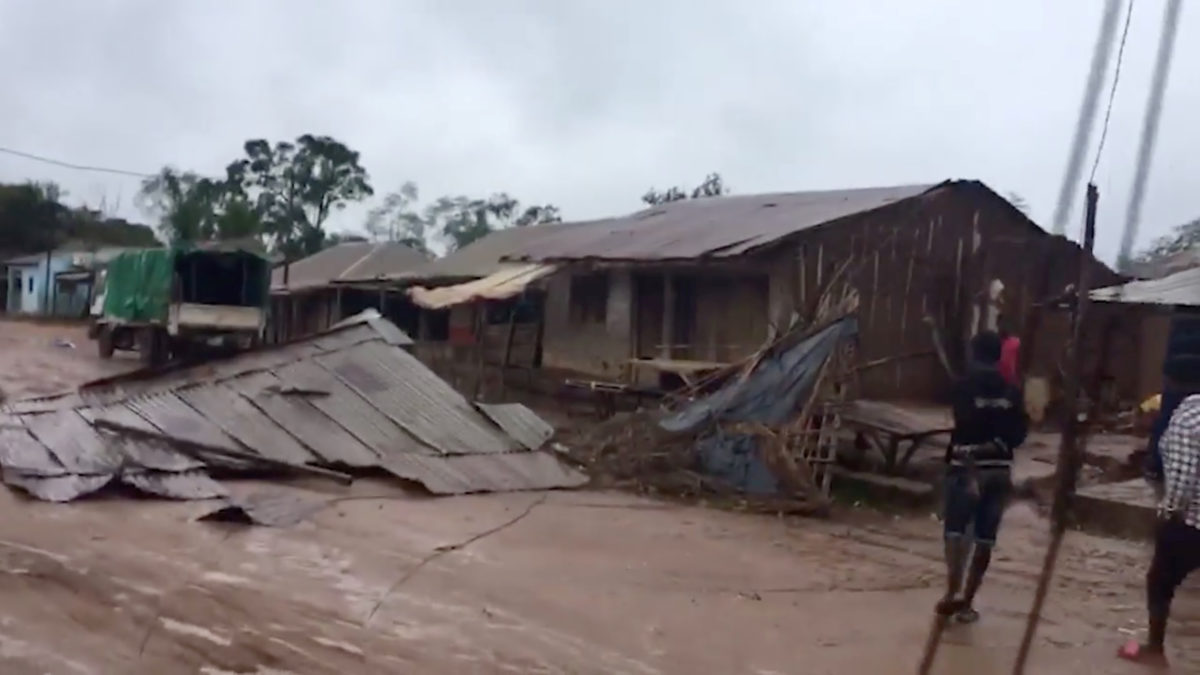 Damaged buildings in the aftermath of cyclone Kenneth are seen in Ancuabe-Sede, Mozambique April 26, 2019 in this still image taken from a social media video obtained on April 27, 2019. SOLIDARMED via Reuters

As water levels rose, Mozambican authorities asked residents of Mecufi and Chiure districts and parts of Macomia and Muidumbe districts to immediately seek higher ground. Some rivers in the region have burst their banks in the past, notably in 2000.

Cyclone Kenneth arrived late Thursday, just six weeks after Cyclone Idai ripped into central Mozambique and killed more than 600 people. This was the first time in recorded history that the southern African nation has been hit by two cyclones in one season, again raising concerns about climate change .

The remnants of Kenneth, which packed the power of a Category 4 hurricane, could dump twice as much rain as Idai did last month, the U.N. World Program has said. 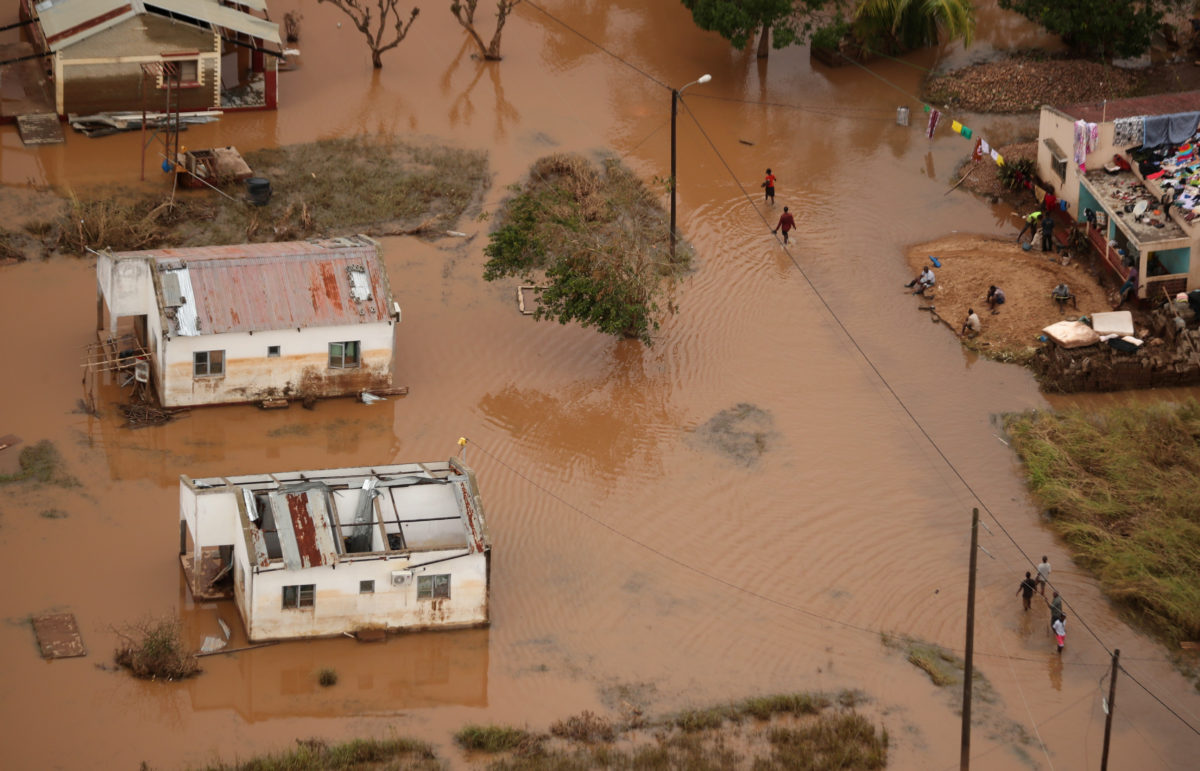 People walk through floodwater near Beira, Mozambique, in the aftermath of Cyclone Idai, March 23, 2019. Photo by Mike Hutchings/Reuters

Some forecasts warned of as much as 250 millimeters (9 inches) of torrential rain, or about a quarter of the average annual rainfall for the region.

The International Federation of Red Cross and Red Crescent Societies reported heavy damage to Cabo Delgado province, with the communities of Macomia, Quissanga and Mocimboa da Praia of highest concern.

Communications were challenging in some areas as authorities and aid groups scrambled to assess the damage, especially in more far-flung communities in the largely rural region.

“The situation wasn’t worse thanks to awareness-raising work by local authorities,” Mozambique’s disaster management agency said while posting photos of buildings where metal roofs had been crumpled or ripped away. Other photos from Macomia showed a mud-walled home that had disintegrated, a bus that appeared to have slid off the road and a toppled electrical pole, its wires straining.

People left homeless tried to patch together shelters from the rain.

“I’m looking for someone to lend me a porch so I can clean it up and stay with my family,” one Macomia resident, Wild Eusebio, told the Portuguese news agency Lusa.

Another family of 13 people, including eight children, was living in an improvised plastic tent, the report said.

Left: Children walk past a damaged building in the aftermath of the Cyclone Kenneth in Pemba, Mozambique April 26, 2019 in this still image obtained from social media. SolidarMed via Reuters